This week we review a new memoir by former US president Barack Obama which was released just a few weeks after the latest presidential election.

English novelist Louis de Bernières has also written the third book of a series which can be read as a continuation of the plot or also individually.

And bestselling author Bridget Collins has published a new novel set in an unnamed European country in the 1930s.

For all that and more, read on – and don’t forget to join the Mirror Book Club.

A Promised Land, by Barack Obama

Reading this new memoir by the former US president feels like being transported back decades rather than a few years. Obama valued eloquence and good manners, and emphasised the importance of uniting America’s different cultures. After four years of Donald Trump’s presidency, these values seem to belong to a different age.

But now, with his former vice-president Joe Biden heading for the White House, Obama will be a guiding hand at the very least – and perhaps even pulling Biden’s strings. So it’s a good time to reacquaint ourselves with his beliefs, and what shaped them.

The book takes us from Obama’s childhood up to the assassination of Osama bin Laden in 2011, two years into his presidency; a second volume is planned to finish the story.

With appealing, self-deprecating honesty, he admits he became politically engaged as a college student partly in order to impress girls. But it was also a way of finding a sense of identity, as he struggled with the complications of being a biracial man in America, and was more or less estranged from his Kenyan father.

At one stage, his political commitments took up so much of his time and money that they almost cost him his marriage, without getting him anywhere close to power. But he battled on and was elected to the Senate before becoming the first black president in 2008. Reaching the White House was such a phenomenal achievement that Obama’s actual presidency comes across as a bit of an anti-climax.

He is blessed – or cursed – with the compulsion to see both sides of every question and then to lift up the question and examine an underside that nobody else has thought of.

One reason this book is so long – 700 pages – is that he rehearses all the arguments for and against all the major decisions he took, weighing up all the pros and cons.

He seems rather shamefaced about not following up on the radical promises he made in his campaign speeches but, although he is honest about his own failings, this book ultimately seems no less an exercise in self-justification than most political memoirs.

It is often deeply enjoyable, however, because Obama is such a fluent and warm writer and so good at describing events and people.

He captures ­something essential about Vladimir Putin when he describes him as curating his public image “with the fastidiousness of a teenager on Instagram”.

Winningly, he records with loving care numerous occasions when his wife Michelle has punctured his ego with a witty putdown.

But, enjoyable as it is, A Promised Land is not terribly inspiring. Obama was too sensible to pursue all the policies he believed in if they were likely to be blocked by the Republicans or risked costing him a second term.

So his book, like his presidency, will appeal to realists more than idealists.

The Autumn Of The Ace, by Louis de Bernières

This nostalgic and moving novel is the third in a trilogy that began with The Dust That Falls From Dreams and continued with So Much Life Left Over. Richly interwoven, they are also a delight to read individually.

First World War flying ace Daniel Pitt, like many of his contemporaries, also endured the horrors of the Second World War. He was a pilot for the Special Operations Executive over France and lost two toes under German torture. Afterwards, he found it hard to adjust to the domestic challenges of peace.

The novel opens in the decades after the war. Estranged from his wife and son, his daughter dead, he travels to visit his brothers’ graves in Pakistan and South Africa before going to Canada. Planning to stay for six months, he remains for eight years.

Friends and family write urging him to return, revealing much about their own preoccupations in the process, so the narrative reads like a series of short stories.

It’s very successful, partly because of the range of different perspectives and partly thanks to De Bernières’s deprecating humour and sharp observation.

Poignantly, Daniel eventually finds himself in the waiting room for death, where “the past was his equivalent of a waiting room’s untidy stacks of anachronistic magazines”.

My advice is to get hold of all three novels and work your way through from the start to the heart-warming finale.

The Betrayals, by Bridget Collins

The new novel by the bestselling author of The Binding is set in an unnamed European country in the 1930s where the unlikable but oddly charismatic Leo Martin is returning to his old college Montverre, an elite academy high in the mountains. There, pupils are trained to compete in the national game, the “grand jeu”, a beguiling mix of music, maths and meditation that aims to be a “communion with the divine”.

Sacked from his role as minister of culture for disagreeing with his party’s increasingly fascist views, Leo is sent to Montverre to spy on the grand jeu and ensure it remains pure. There, he rediscovers his old passion for the place.

But it awakens old memories of a complicated relationship with his rival and friend, the arrogant, aristocratic Carfax, who also bears a mysterious resemblance to the new Magister Ludi (the highest office in the college) Claire Dryden.

Suave, smug Leo is irresistibly drawn to and dismayed by Claire, who quietly smoulders with suppressed emotions and secrets, and whose reaction to Leo is a blend of suspicion and attraction, a push-pull of emotions eerily similar to the Leo/Carfax dynamic.

Both have secrets to hide and must make decisions that aren’t entirely plausible – a flaw in an otherwise captivating book – and, as the threat of fascism comes ever closer, truths are revealed and trust is undermined by betrayal.

An immersive, imaginative slice of storytelling. 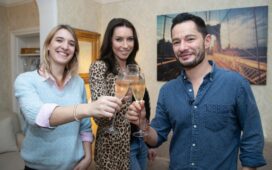 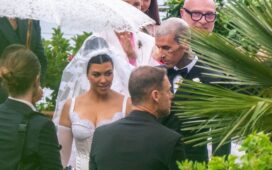 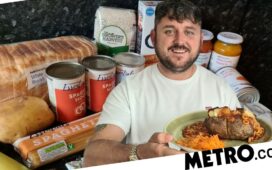 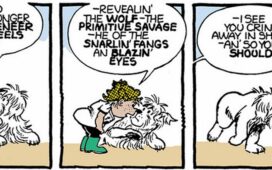 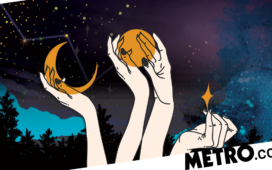