Ministers should heed JLR's warning over £1.2bn cost of Brexit


Jaguar Land Rover is the company ministers love to drool over. Theresa May herself has called it “one of the jewels in the crown of the British economy”, which is a reasonable reflection of the Indian-owned firm’s role in reviving car manufacturing in the UK. One in three cars exported from the UK last year was a Jaguar or a Land Rover. It is why JLR chief executive Ralf Speth’s cold assessment of the costs of a hard Brexit – £1.2bn in lost profits, mainly from tariffs – should echo around Chequers this weekend.

A few Brexit hardliners may have been tempted to dismiss similar warnings from Airbus last month as a politically motivated stunt given that the governments of France, Germany and Spain always hover in the background at the aerospace firm. But it’s hard to attribute a convoluted conspiracy theory to JLR’s analysis. Even the UK government’s own industrial strategy describes tariff-free and frictionless trade with the EU as “fundamental to the competitiveness of the UK automotive sector”. Speth was just totting up what a collapse in that relationship would mean.

His £1.2bn cost of a “bad Brexit” is easy to break down. First comes the cost of trade tariffs on imported components if the UK were to fall back on World Trade Organisation rules. JLR imports about £5bn-worth of production parts from the EU every year. Second, there is the cost of tariffs on exports of finished cars to the EU, which takes about a fifth of the firm’s UK output. Then the company attributed a smaller sum on top for extra “administrative” expenses, including re-jigging the supply chain to combat possible custom hassles – a reasonable precaution given that the Solihull plant alone has 1,000 lorry deliveries a day.

Brexit risks will be smaller in other big manufacturing sectors, it should be said. Defence giant BAE Systems expects the impact of Brexit to be “limited” and one can understand why: projects like Eurofighter are covered by inter-governmental agreements and there is an obligation to keep strategic capabilities, and thus more of the supply base, on home soil. But the car industry is genuinely different. It is a high-volume business that has grown in the UK with the customs union.

JLR’s £1.2bn estimate could turn out to be on the high side, of course. The UK wouldn’t have to impose tariffs on components even in the event of “no deal”. The level of sterling would also be important, as would JLR’s own efforts to adapt. But it is plainly absurd for Tory MP Owen Paterson to claim JLR would be in “a wonderful position” if the UK left the single market, customs union and jurisdiction of the European courts. Paterson’s pre-politics commercial experience, according to his website, was gained at “his family leather business”, which you’d think would encourage a little humility. A company producing 620,000 vehicles a year may just know more about the inner workings of the UK car industry.

Sorrell seems to be the hardest word for WPP

“Martin I don’t think needs to be reminded of his responsibilities and I’m sure he’ll act appropriately,” said WPP chairman Roberto Quarta at the advertising firm’s annual meeting. His argument was that WPP shareholders shouldn’t fret about the lack of a non-compete clause in departed chief executive Sir Martin Sorrell’s service contract because the separate confidentiality clauses would still be binding.

That was less than a month ago, but WPP finds itself reaching for its lawyers already. Slaughter & May has been summoned to fire off a stiff letter warning Sorrell that payouts to him worth up to £20m could be cancelled if he continues his pursuit of MediaMonks, a Dutch production house that WPP also wants to buy. WPP’s claim is that Sorrell was already involved in the potential deal, thought to be worth €300m (£265m), before he resigned in April and so he and his new S4 Capital outfit should be offside.

There is no indication that Sorrell intends to back off. It’s possible he’s happy to risk the £20m incentive, which is outcome-related and could be worth closer to £10m in practice, to get his new venture off to a flyer. It seems more likely, however, that he thinks he is entirely within his rights to go after MediaMonks, in which case he will expect the first tranche of shares to be delivered on time next March. If it’s the latter, WPP and Quarta are now duty bound to withhold the shares and say “sue us”. That’s something to look forward to. 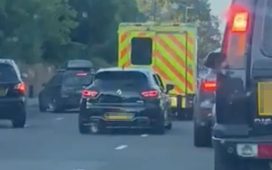 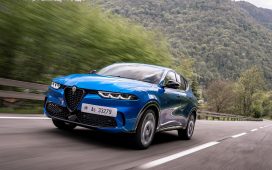 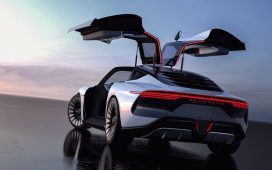 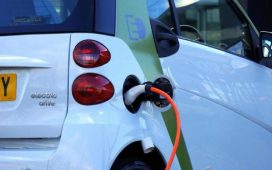