Minister says ‘white privilege’ should not be taught in schools


The phrase ‘white privilege’ should not be taught at schools because it is ‘unnecessarily antagonistic’, the equalities minister said today.

Kemi Badenoch said there is a ‘fairly toxic political debate’ around the term and it should be taught unless its contentiousness is explained to children.

She said ‘we should not carelessly use skin colour as a proxy for disadvantage’.

And she argued the term — used in a BBC Bitesize educational video designed for children — reinforces the belief that ‘everyone and everything’ around ethnic minorities is racist.

Her comments come after a landmark report found white working-class pupils have been ‘let down’ for decades by England’s education system — and that promoting ideas of ‘white privilege’ makes the situation worse.


Writing in the Sunday Telegraph, Mrs Badenoch said: ‘The phrase “white privilege” is unnecessarily antagonistic. Much as some theorists think it is essential for tackling racism, the fact is there is an active and fairly toxic political debate around it.

‘All the more reason why the phrase should not be taught in schools unless it is explained that it is also highly contentious.’

She said the phrase stokes divisions and marginalises ‘the most disadvantaged in our society’.

According to the Commission on Race and Ethnic Disparities (CRED), white privilege is defined as a ‘societal privilege that benefits white people over other ethnic groups in some societies’.

It exists ‘particularly if [different races] are otherwise under the same social, political, or economic circumstances’.


Mrs Badenoch said: ‘As someone who grew up in Nigeria, where there is only one skin colour but over 300 ethnic groups, the more ethnic identity is emphasised the weaker national identity becomes.’

She said it is a dangerous trend for a multi-racial society ‘where we need to lean on what we have in common not emphasise our differences’.

The Conservative minister claimed Labour MPs dismiss that the idea that the term is divisive.

And she revealed she has heard hundreds of stories of increased racialiasation in schools in her role as equalities minister, including one in which a mixed-race Asian girl was bullied for being ‘too white’

The committee’s report earlier this week warned against ‘pitting different groups against each other’ and suggested that schools which promote ideas of ‘white privilege’ could be in breach of the Equality Act 2010.


Their report includes two maps of England which indicate that white working-class pupils live in poor areas, are not eligible for free school meals and underperform to a greater extent than their similarly disadvantaged peers in other ethnic groups — particularly outside London.

It concluded that disadvantaged white pupils have been badly let down by ‘muddled’ policy thinking and the Department for Education has failed to acknowledge the extent of the problem.

It found that among five-year-olds, only 53 per cent of poor white British pupils meet the expected standard of development, one of the lowest percentages for any disadvantaged ethnic group.

At GCSE, just 17.7 per cent of poor white British pupils achieve grade 5 or above – the equivalent of a C – in English and maths, compared with 22.5 per cent of poor pupils from all ethnicities.

And the proportion of poor white British pupils going to university is 16 per cent, the lowest of any ethnic group other than travellers.

Nearly two in five disadvantaged students are not confident they will receive fair grades that reflect their ability, under the teacher assessment system this summer, a report suggests.

A survey by the Social Mobility Foundation (SMF) charity suggests 52% of high-achieving poorer pupils do not believe they will be able to successfully appeal against any grades that they believe to be wrong this year.

More than a third (36%) of young people questioned are not confident they will receive the grades they need for their chosen career path, or to secure a university place this autumn, the poll found.

The findings come after teachers across England have finalised decisions on their pupils’ GCSE and A-level grades after this summer’s exams were cancelled for the second year in a row.

Teachers are able to draw on a range of evidence when determining pupils’ grades this summer, including mock exams, coursework, and in-class assessments using questions by exam boards.

But the poll, which included more than 1,300 high-achieving disadvantaged sixth formers across the UK, found 38% are not confident they personally will receive fair grades reflective of their ability.

The charity is calling for all UK governments to ensure all Year 13 pupils can repeat a year if deemed appropriate by their schools, and those opting to take exams in the autumn – rather than accepting their teacher-assessed grades – can do so free of charge. 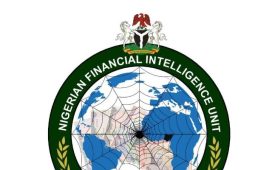 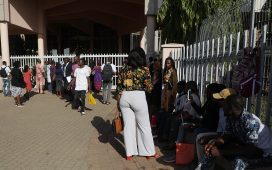