By Kamal Sultan For Mailonline

Millennials are rushing to get eye bag removal surgery as more young people are staying up late to use their phones or watch television.

The procedure called lower blepharoplasty, where fatty bags below the eyes are removed or repositioned, is usually done for those middle aged and over.

According to experts, a lack of sleep caused by internet use is behind the rise in youngsters seeking the superficial surgery reported the Daily Telegraph. 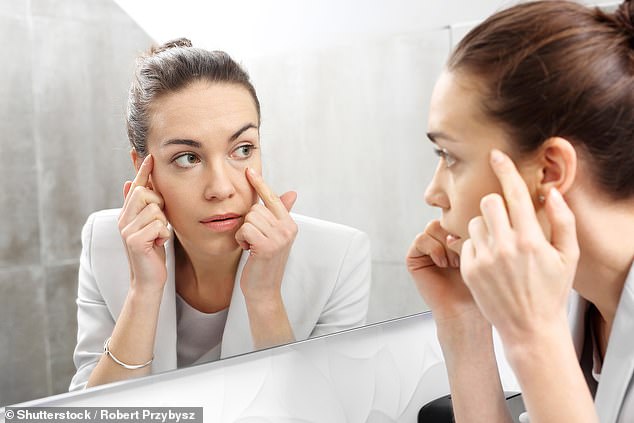 Millennials are rushing to get eye bag removal surgery, called lower blepharoplasty, as more young people are staying up late to use their phones or watch TV (file photo)

Blepharoplasty usually costs between £2,000 and £6,000 and it could be fuelled by social media pressure.

Sabrina Shah-Desai, a surgeon at Perfect Eyes says too much screen time and a lack of sleep is the cause behind bigger eye bags in young people.

She has witnessed a 30 percent increase in youngsters asking for the procedure.

Dr Julian De Silva, a facial surgery specialist at The Centre, told The Daily Telegraph: ‘Traditionally, issues with bags in the lower eyelid will be from those over 40, but there has been an increasing number of patients in their late teens and 20s. 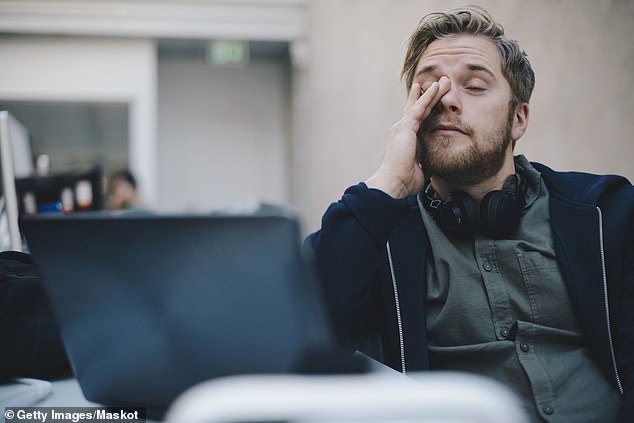 Sabrina Shah-Desai, a surgeon at Perfect Eyes says too much screen time and a lack of sleep is the cause behind bigger eye bags in young people (file photo)

Last year, 2,820 people had eye surgery in the UK, according to the British Association of Aesthetic Plastic Surgeons, a group calling for safety in the cosmetics industry.

Currently the NHS will only pay for blepharoplasty if drooping eyelids affect someones sight or if it causes significant discomfort.

It can also be caused by sun damage, ageing, trauma or underlying health conditions like thyroid tissue.

Some surgeons are taking it upon themselves to refer clients to a psychologist before agreeing to treat them as they believe a therapist can better deal with any underlying mental health issues.

Hugo Henderson, another surgeon at the London Clinic said: ‘In the Nineties there was an occasional one, but now there are more introspective men in their late 20s coming in with a little bit of puffiness wanting to have surgery.’

Do all space satellites orbit the earth in the same direction?