Arsenal crashed out of the FA Cup third round after their 1-0 loss to Nottingham Forest at the City Ground on Sunday afternoon, leaving boss Mikel Arteta furious 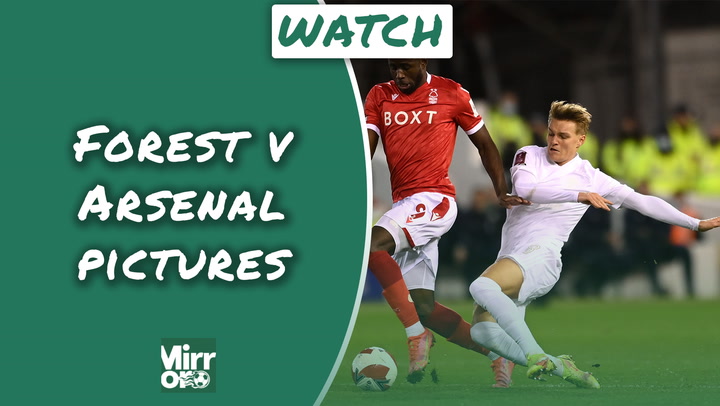 Mikel Arteta was left furious at his Arsenal players after watching them crash out of the FA Cup to Nottingham Forest.

Lewis Grabban poked home from a Ryan Yates cross in the 83rd minute to end Arteta’s side out as the magic of the FA Cup struck once again.

Arteta had given a chance to a number of fringe players who failed to impress – with the Gunners manager’s ruthless streak on full display as he hooked Nuno Tavares.

He’s also made a strongly-worded demand of his Arsenal players following the loss as he was left very disappointed with his side’s performance.

Join the debate! What do you think went wrong for Arsenal against Nottingham Forest ? Let us know what you think in the comments below.

It was not an afternoon to remember for Gunners fans as they had to watch their side become the latest to fall to an FA Cup third round upset.

But the match had plenty of talking points, from the fringe players who failed to take their chances to an experiment failing to pay off.

There was also a very important message sent out by the Gunners during the game as they donned a special all-white strip for the cup clash.

Mirror Football has a round-up of all the games big talking points.

Mikel Arteta was clearly not impressed by one player during the disappointing loss at Nottingham Forest.

Nuno Tavares was hooked after just 34 minutes following a torrid opening half-hour at the City Ground and was quickly replaced by Kieran Tierney.

The Gunners left-back was left furious following the switch, as he angrily threw away his gloves after coming off.

And the move showed just how ruthless Arteta can be, as ITV pundit Ian Wright also criticised Tavares for his actions.

Demand made of Arsenal stars

Arsenal players have been urged to apologise to their fans after crashing out of the FA Cup on Sunday afternoon.

Manager Mikel Arteta was left less than impressed at full-time after witnessing his side fall to a late 1-0 defeat at the City Ground.

He has now issued a strongly-worded warning that he told his players he “expects the team I put out to do better”.

The Gunners manager insisted he and his players are”really hurting” following the defeat, but told his Arsenal team they must apologise to the fans for their performance.