Mikel Arteta singled out ‘threatening’ Gabriel Martinelli for praise after Arsenal’s defeat to Manchester United at Old Trafford and admits his side lost ‘control’ of the Premier League fixture.

Emile Smith Rowe’s controversial opening goal saw the Gunners take a deserved lead on Thursday night, but Arsenal’s grip on the match loosened after they went ahead and Bruno Fernandes equalised for the hosts on the stroke of half-time.

Cristiano Ronaldo then put Manchester United ahead after the interval, before Arsenal equalised themselves through Martin Odegaard.

Arsenal sensed an opportunity to inflict another defeat on struggling United but a decisive moment went against them as Odegaard conceded a penalty for bringing down Fred.

Ronaldo made no mistake from the spot as he clinched Manchester United’s victory and surpassed 800 career goals in the process.

While Arsenal left Old Trafford empty handed, Arteta said he was ‘pleased’ with ‘a lot’ of what he saw and singled out Brazilian forward Martinelli for praise.

Martinelli has endured an underwhelming season to date – scoring just once in 11 appearances – but was a constant threat against the Red Devils and provided the assist for Odegaard’s goal.

‘He looked a threat,’ Arteta said of Martinelli. ‘He had a big chance in the first half, and he probably should have played on.

‘He created assists, he worked extremely hard, and he had some really good moments – he looked a threat.’

Speaking more generally on Arsenal’s defeat, Arteta added: ‘It is what it is. If you concede three goals at Old Trafford it is difficult to get a result.

‘I was disappointed with the goals that we conceded But we’ve come a long way since the game at Anfield. We were able to maintain higher periods for longer.

‘When we were in control we had a better structure and created chances. When it was 2-2 we needed to build momentum to get the win.

‘There were a lot of things that I liked In the game. I liked the behaviour of individuals.

‘When you score two goals at Old Trafford you expect to get something from the game and that is a regret, but that is our fault.

‘When you see the game you would say we deserved more but that is what happens against this quality of opponent.’

Arteta also explained why he opted to start Mohamed Elneny over Albert Sambi Lokonga, telling reporters: ‘[To be able] to play a player like him, with that experience that he has playing in this arena.

‘He was incredibly good last year when he played here as well. He way he has been training, and the way he behaves, and because I believe that sometimes we have to rotate things for the game.’

Arsenal’s defeat means they stay fifth in the Premier League and miss out on the chance to surpass West Ham and occupy a Champions League spot.

Arteta’s side will look to bounce back on Monday night when they travel to Everton, who have gone eight games without a win and were thumped 4-1 by Merseyside rivals Liverpool on Wednesday. 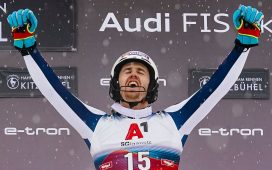 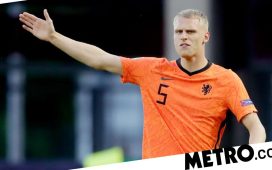 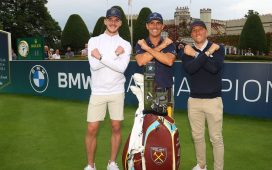 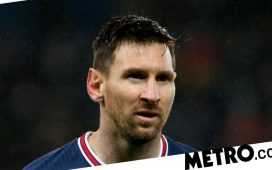