Mikel Arteta is adamant the best players in the world are keen to join Arsenal as they continue their pursuit of the Fiorentina striker Dusan Vlahovic.

Arsenal are keen to add Vlahovic, who has 18 months left on his contract with the Serie A club and has indicated he will not sign a new deal, to their ranks in this transfer window but a deal will prove complicated. Fiorentina may be keen on maximising the player’s worth, with the asking price likely to exceed £60m, and there are question marks over his desire to join Arsenal when Champions League football is not guaranteed and they are by no means his only suitors.

Arteta, though, was bullish when asked about his club’s capacity to pull off an eye-catching signing in their current position, and said their pulling power was undiminished. “Historically this club has always been targeting the best players in the world and the best players in the world are always interested to come here and I can say that situation hasn’t changed,” he said.

“Any time I have spoken to any player, they were so willing to come. I haven’t faced any other situation and that’s one of our biggest powers, our capacity to get the attention of people to come and join our club; it’s something that is a big advantage for us.”

Arteta made no specific reference to Vlahovic and nor did he shed light on the potential departures of several squad players. However, Sead Kolasinac is a target for Marseille and negotiations are under way for Udinese to take Pablo Marí on loan for the rest of the season. Folarin Balogun will join Middlesbrough on loan this week.

Arsenal visit Liverpool in their Carabao Cup semi-final first leg on Thursday night. It was originally to be the second half of the tie, but last week’s first leg at the Emirates was postponed to 20 January after an apparent rash of Covid-19 cases in the Liverpool camp. Jürgen Klopp later said “a lot of false positives” had led to the switch and Arteta did not want to publicly question the decision.

“It’s something that is not in our control,” he said. “The EFL is responsible to check every single player’s status and then make the decision whether the game is played or not. The decision was to postpone the match and I’m sure if that was the case, then they had the right arguments to do so.”

Arteta’s side, who lost at Nottingham Forest in the FA Cup third round on Sunday, have Covid issues of their own and hope to discover today whether Granit Xhaka can return after a bout of the virus. Emile Smith Rowe and Takehiro Tomiyasu missed that game with injuries and four players are away at the Africa Cup of Nations in Cameroon.

“It is extremely volatile and uncertain,” Arteta said of his players’ availability. “I don’t know what the situation is that we will have today or if it is different to yesterday. Obviously I cannot get into any detail with that. In the last week or so we lost so many players for many different reasons and we are trying to adapt to that. I will use the players that we have and make the most out of it.” 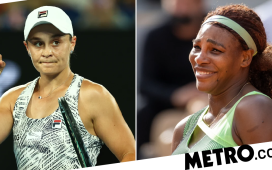 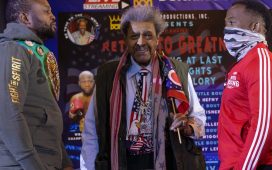 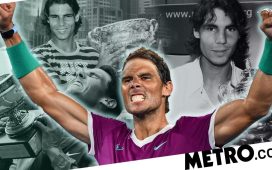