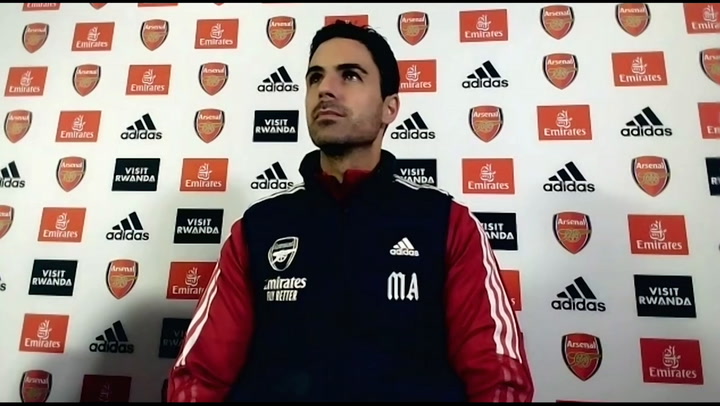 Mikel Arteta insists Alexandre Lacazette is a “really important player” and never doubted he would contribute despite his uncertain future.

The Frenchman’s deal at the Emirates expires in the summer and no extension has been tabled as of yet.

Lacazette finds himself behind Pierre-Emerick Aubameyang in the pecking order, with none of league appearances coming as a starter thus far.

The Arsenal forward was needed to rescue a point for the north Londoners against Crystal Palace on Monday night.

He spoke after the game about looking to take his opportunities as he pushes for more game time under Arteta.

But the Spaniard continues to speak fondly about his striker, whom he knew would continue to produce despite his current predicament.

HAVE YOUR SAY! Should Arsenal offer Lacazette a contract extension? Comment below

“I had no doubts about that (his work ethic),” said Arteta.

“If I had, probably I would suggest to do something different with him in the summer, when a player could not find the motivation or if his interests are just with his financial future.

“It is not the case with Laca, and he has shown that since I have been here every single day. That’s why he is a really important player for us.”

He added on his performance against Palace: “He created a different atmosphere straight away, with his determination and his quality and he tried to change the result straight away and [had] that belief in himself that he could do it.”

Lacazette signed for Arsenal for over £45m from Lyon back in 2017 and has played under three different managers, scoring 68 times.

Arteta claimed “anything is possible” when it comes to the 30-year-old’s future at the Emirates.

Arsenal have made a concsious effort to lower the average age of their squad – something club chief Edu has been vocal about.

The likes of Ben White, Aaron Ramsdale and Martin Odegaard were all added in the summer.

Lacazette would be able to command a hefty fee with summer interest coming from the likes of Roma, Sevilla and Juventus.

That could allow Arteta to reinvest in the playing group with the Gunners still in a transitional phase.

He was quizzed on why Lacazette had not been tied down to a new deal and replied: “It depends on a lot of things, it is not just a matter of being willing.

“It is about being possible to fulfill that will and when, which is very important as well.”

Arsenal have a concerning history when it comes to managing players’ contracts with the likes of Aaron Ramsey, Samir Nasri and Robin van Persie all leaving as a result.