Mikel Arteta has lavished praise on “remarkable” Sam Allardyce before old rivalries are reignited at the Hawthorns.

Big Sam used to get under former boss Arsene Wenger’s skin like few other managers while Arteta was a player at the Emirates.

There were certainly a few groans from Arsenal fans when Allardyce took over at West Brom just a couple of weeks before they were due to meet.

West Brom boss Allardyce had an incredible grip over Arsenal while in charge of Bolton before moving on to West Ham, Blackburn and then Everton.

Allardyce then reignited hostilities after taking over at the Hawthorns last month when he said Arsenal were “absolutely” among their relegation rivals.

But Arteta insists that he only has admiration for Allardyce with Arsenal looking for three wins in a week while West Brom need another Big Sam miracle to stay up.

Gunners boss Arteta said: “I’m not in the dressing room to know exactly how the players will feel about it but playing against Sam you know he is always going to compete in the game with you.

“He is going to make it really difficult and he’s got a style and an identity that makes his teams really efficient and when you create that rivalry it’s because teams suffer to play against him so he is doing his job really, really well.

“What he has done in the Premier League for the amount of years he has been involved is remarkable. For many different teams in different situations and he still always managed to get the result he is looking for.

“I think once they have a few more games you will see it’s completely changed so, as I said before, it will be very tough against them.

“I think he has always enjoyed it because he was competing against big teams and he loves that and he has always been really efficient doing that.”

But it will be something of a baptism of fire for central defender Pablo Mari as the Spanish centre half signed from Brazilian club Flamengo can probably expect a few direct, long balls.

Mari, 27, has impressed since being forced into action because of injury and absences last month and yet even Arteta admits this will be something completely different, even if he has no doubt that the ex-Mallorca defender will be able to cope.

“It’s when it gets to winter time, it’s freezing, the pitch is not great, windy and you have to start to deal with 50 long balls, aerial duels, very physical teams but in this league, you have to get used to that. But he will be fine.”

Who will win between Arsenal and West Brom? Have your say below.

The other plus point from back-to-back wins over Christmas has been the form of youngster Emile Smith-Rowe and Arteta says he always believed the 20-year-old creative midfielder would become a star.

Arteta added: “He’s a player that I really like since the first day that I watched him. It’s just the way he moves, how intelligent he is, the position that he takes and, as you mention, his work rate. Don’t underestimate that because he works really hard for the team.

“He had a really bad shoulder injury this year. He hasn’t really trained with us at all. For the last two weeks he has been much more involved and you can see what he can bring to the team so I’m delighted to have a young player with his talents and that position that is something that we need.” 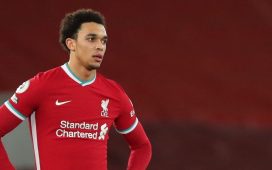 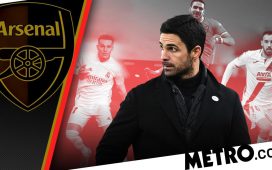 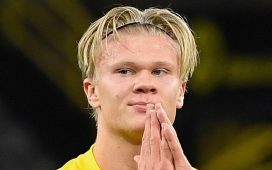