Mikel Arteta looks at clubs like Leicester and appreciates the jobs they have done over the past two or three years.

He sees the building blocks they put in place and the rewards they are now reaping as a result.

He knows Arsenal need to lay similar foundations but isn’t blind to the fact that they need to get a shift on with the following levels, too.

Because if they don’t they will fall behind such as Sunday’s opponents and even further off the pace being set by Manchester City and Liverpool.

Arteta said: “There are a lot of clubs who have done that in recent years.

“You have to be constantly evolving that squad and if you haven’t done that for a year or two you get caught up by other clubs.

“You see what Liverpool has done in a few years and the team they were able to develop.

“Manchester City have two teams, but why?

“Because for the last four or five seasons things have been done consistently and they are in a position that they can still do that.

“It’s work that doesn’t happen overnight, unfortunately when the level is so, so high.

“So a lot of good decisions have to be made and have to continue to be made progressively to keep evolving our squad in the right way to be able to compete and still be sustainable financially.

“There are a lot of clubs that have done things really well in the last two or three years and we can start to see the results right now.

“So the competition to be the top team in the league is very tough.

“We are in a rebuilding moment.

“But at the same time, this club cannot stop.

“This club cannot be thinking this is a project, we have to win and we have to be one of the top teams in the country.

“Straight away, and there is no time to do that unless you are winning.”

The pre-season arrivals of Thomas Partey and Kieran Tierney were all part of the process for Arteta, and he hopes the winning mentality Tierney brought from Celtic will permeate the squad.

Arteta added: “The right words would be determination, passion and energy — that’s all about Kieran.

“How determined he is in every action, how much he puts into every game and the energy levels he provides to the team.

“He was a threat again against Benfica on Thursday, he gives us something different on that left side and scored a great goal.”

Willian was another whose arrival was supposed to take Arsenal to the next level but he has struggled, although his contribution in midweek was welcome.

Arteta said: “He is a player who we all like. His team-mates like him and we were expecting many more things from him since he joined but for many different reasons he hasn’t found still his best performances.

“Hopefully, Thursday’s performance is going to give him the platform and belief that he is a really important player.

“He is a player I really like. I did a lot to bring him in and hopefully he can still give us more.” 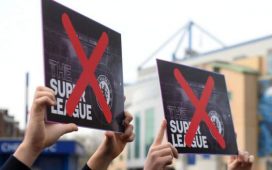