An Irish subsidiary of Microsoft made a profit of $315bn (£222bn) last year but paid no corporation tax, as it is “resident” for tax purposes in Bermuda.

The subsidiary, which collects licence fees for use of copyrighted Microsoft software around the world, recorded an annual profit of $314.7bn in the year to the end of June 2020, according to accounts filed at the Irish Companies Registration Office. Its profits jumped from just under $10bn the previous year and compare with Ireland’s 2020 GDP of €357bn ($437bn).

The revelation of how much money Microsoft has saved by routing via Ireland comes as world leaders hammer out an agreement to finally tackle multinational tax avoidance before the G7 meeting in Cornwall later this month.

Microsoft Round Island One, whose registered address is at an office of the law firm Matheson, on the River Liffey in central Dublin, states in its accounts that it has “no employees other than the directors”. In its tax statement it says: “As the company is tax resident in Bermuda, no tax is chargeable on income.”

Bermuda does not levy corporation tax.

The company paid a $24.5bn dividend to Microsoft Corporation during the financial year, followed by a further special dividend of $30.5bn.

Tax transparency campaigners described the “tax aggression displayed by Microsoft, and facilitated by Ireland” as “beyond belief”.

The US Senate has previously investigated Microsoft and Ireland over the use of Microsoft Round Island One and other Irish subsidiaries in order to reduce taxes that might otherwise be due in the US or elsewhere.

Former senator Carl Levin, who was chairman of the Permanent Subcommittee on Investigations, said in 2012 that Microsoft and other tech companies were “probably the number-one user of these offshore entities to transfer intellectual property”. The committee said Microsoft began in the 1990s to establish a “complex web of interrelated foreign entities to facilitate international sales and reduce” tax.

A spokesperson for the company said: “Microsoft has been operating and investing in Ireland for over 35 years and is a long-time taxpayer, employer and contributor to the economy. Our organisational and tax structure reflects our complex global business. We are fully compliant with all local laws and regulations in the countries where we operate.”

Paul Monaghan, chief executive of tax transparency campaign group the Fair Tax Foundation said: “The tax aggression being displayed by Microsoft, and facilitated by Ireland, is beyond belief.

“We have here a holding company that has posted $314.7bn in profits, which is a number not far short of Ireland’s entire national gross domestic product (GDP),” Monaghan said. “Despite shareholder dividends of $55bn being paid out, not one cent in tax has been paid.

“This race to the bottom on tax competitiveness is truly distasteful, not least at a time when countries across the globe are trying to rebuild their public services post-covid. It is no longer tenable for a decent and responsible nation state to stand up and proclaim its democratic right to produce CFCs or lead additives, and beggar the impact on the rest of the world. The same goes for the enablement of tax avoidance and evasion, which are toxic pollutants of the world’s financial systems.”

The giant US tech firms known as the “Silicon Six” – Microsoft, Amazon, Facebook, Google’s owner, Alphabet, Netflix and Apple – have been accused of paying $96bn less in tax over the past decade than the notional taxation figures they cite in their annual financial reports.

The Guardian reported this week that the companies paid $219bn in income tax over the past decade, which works out at 3.6% of their total revenue of more than $6tn. Income tax is paid on profits, but the researchers said the Silicon Six companies deliberately shift income to low-tax jurisdictions to pay less tax. 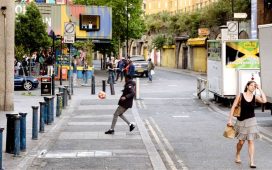 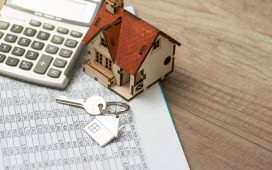 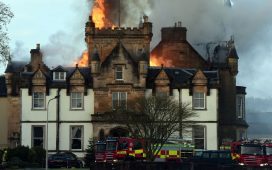 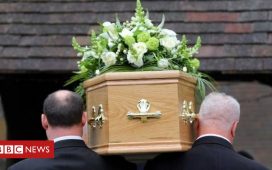