Bafta nominee Michaela Coel has revealed she coped with the stress of lockdown by creating her own Boogie Wonderland – dancing away at ­solo discos in the local park.

The star, who has nods for three gongs tomorrow night for BBC drama I May Destroy You, loves putting on her headphones and losing herself in her tunes as baffled strangers pass by.

She said: “I was going through my favourite park and I saw this guy, and he was just sort of there stationary, but doing these huge motions, dancing with these huge earphones on.

“I thought it was so cool that as I was running by, I gave him a thumbs-up and I blew him loads of kisses and he gave me a thumbs up back. He was just doing his thing.

What do you think? Have your say in comments below

“So when my brother came to stay with me, I was like, ‘Do you want to dance in the park?’ And so we each had our headphones on.

“He’s got his own headphones, I’ve got mine, and we just go to the park and start dancing. And every now and again, even though we were listening to separate music, the beat falls into the same time and then we start doing the same movements.”

Laughing about the reaction from locals, she added: “I’m too nervous to look. I just have to keep my head down and do my thing.”

There will be no parties at tomorrow night’s awards – a good thing for Michaela, 33, who admits she is not much of a mover and even avoids weddings “as my dancing is that bad”.

Michaela is nominated for Best Actress, Best Writer and Best Director for I May Destroy You, while the show is also up for Best Mini-Series. She stars as Arabella, a young woman rebuilding her life after being raped.

It is drawn from Michaela’s own experience of sexual assault and she says writing the show meant locking herself away and finding an element of “terror” as well as ­drawing from the worst parts of herself.

She said: “It’s a terrifying experience. It’s really scary, because in some places, there really is no one there.

“I’ve stayed in places where if I screamed, nobody would hear me. Where the only other house I see is on a hill far away and it’s like this small, because it’s that far away.

“But I need that terror… because I realise the only thing I can possibly be afraid of is myself. So then it makes me confront the parts of myself that I’m a little bit scared of and often those are things I don’t want to face – my capacity to be a horrible person, to treat other people poorly.

“I have to engage with all these parts of myself while I write these characters.

Reflecting on the process of creating a compelling drama, Michaela says it takes a painstaking team effort to bring her ideas to life.

The star, who also appeared alongside John Goodman in 2018 series Black Earth Rising, explained: “I go away and I just sort of type. I don’t plan. I had loads of drafts, like 20 drafts of each episode. I just kind of type until it makes sense and I have a very dedicated team of exec producers and a great script editor.

“I think it looked like googoo, gaagaa, goo, and they go, ‘Wow, this is really interesting. What does this mean?’ And I go, ‘It means this,’ and they’re like, ‘OK. Write down what you just said.’

“So I keep doing that for two-and-a half years and then we have the show.”

While her nominations are a source of joy, Michaela is expected to call BAFTA itself to account over its handling of disgraced former winner Noel Clarke.

The organisation honoured Clarke, 45, with the Outstanding British Contribution to Cinema award in April despite knowing he was being probed over sexual harassment claims – which he denies.

His award was suspended, which led to calls for senior BAFTA bosses to resign. Michaela has spoken out, ­saying: “I am here to offer support for the 20 brave women who have come forward.”

In the wake of the storm, it was revealed that no special individual honours – such as for lifetime achievement – will be presented during tomorrow night’s ceremony, for the first time in its 50-year history. 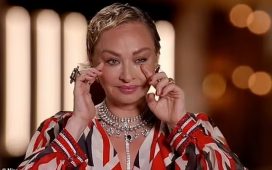 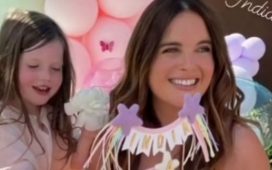 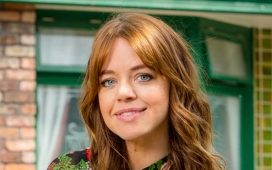 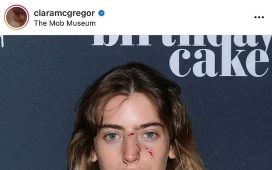 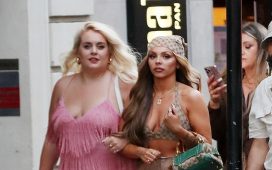 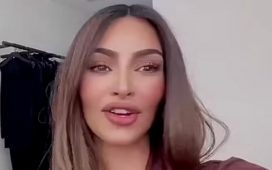