Michael Shenton: Castleford Tigers captain to retire at 35 at end of 2021 season


Castleford Tigers captain Michael Shenton has announced he will retire at the end of the 2021 Super League season after an 18-year professional career.

“It’s one that’s been taken over time and it’s one I made a while ago as well.”

‘End of an era’ at the Jungle

The Castleford side that Shenton has been a key part of over the past nine years has been a very different experience to the one he began his career with, as seasons fraught with the threat of relegation have been replaced by the challenge for honours.

His return to Castleford in 2013, having been coaxed away from his hometown club by Saints in 2011, coincided with an upturn in fortunes which accelerated once Daryl Powell was brought in from rivals Featherstone as head coach.

As captain Shenton was a key figure in taking Cas to the 2014 and 2021 Challenge Cup finals and the 2017 Grand Final, alongside Powell and fellow stalwarts such as Grant Millington, Jesse Sene-Lefao and Oliver Holmes.

The England centre’s retirement comes as Powell prepares to depart to take over at Warrington from 2022 onwards, and as Millington also bids farewell to the game.

“Leading into the season I knew there were going to be big changes,” Shenton added. “With the dynamic of the team – me and Daryl are quite close and he was ready for a new challenge.

“I think I’m ready for a new challenge, 18 years of playing professional rugby is a long time and while it’s not all I know, it’s what’s made me.

“The way my body’s feeling and mentally going through a pre-season, a new coach coming in and things like that, for me it was the right decision to call it a day with Powelly, Millo and it feels like the end to our little era and that’s the right thing.”

Although Shenton has had spells out through injury during his career, such as the opening round anterior cruciate knee ligament injury he picked up at Hull KR in 2016 which saw miss the entire campaign, he has been fortunate enough to pass the 400-game milestone earlier this season.

And, while a cheekbone injury threatened to finish this campaign prematurely last month, the Tigers academy product will have one last chance to lift further silverware as he finishes this campaign back in the side after recovery and available to play in Thursday’s visit of Warrington, which Castleford must win to ensure their place in the play-offs.

“When Luke Dorn retired he came to me and he said he wanted to call it a day on his own terms – that resonated with me,” Shenton added.

“I’ve had close friends like Kirk Dixon who had to retire through injury at the age of 30. Seeing that and how fortunate I am to get to the age of 35 still playing at the top level is great for me really.

“To do that is pretty special and to call it on my own terms is a big reason for that.”

See also  Saul Niguez reacts to Thomas Tuchel replacing him at half-time during disappointing Chelsea debut
Share on FacebookShare on TwitterShare on PinterestShare on Reddit
newscabalSeptember 14, 2021 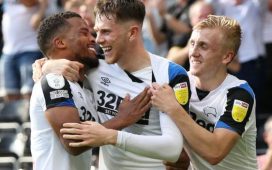 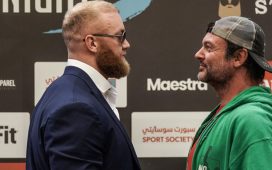