NEWSCABAL > sports > Michael Essien on Frank Lampard becoming a manager: ‘It took me by surprise’
sports


Michael Essien admits he was shocked to see former teammate Frank Lampard move into management, describing the Chelsea legend as a ‘quiet person’ who didn’t give much impression that he fancied becoming a manager.

The Ghanaian is now a coach at FC Nordsjælland while Lampard is on the lookout for another role in management after being sacked at Chelsea in January.

It was a whirlwind start to Lampard’s managerial career, spending just one season at Derby County in the Championship before taking charge at Chelsea, where he lasted 18 months before being dismissed.

Essien has wished his former teammate well in his future managerial endeavours and has praised his understanding of the game, but never had him pegged as a manager when they played together.

‘I know Frank very well, and mentally he’s a very strong person,’ Essien told Ladbrokes. ‘I’d love to see him back in a dugout again as soon as possible, but I have to say it did take me by surprise when he stepped into management.

‘Working with him and playing alongside him for so many years, and spending time with him in the dressing room, I didn’t know he was thinking of becoming a manager. He’s quite a quiet person, very friendly but quiet. So it took me by surprise, but then again his understanding of the game is second to none.

‘Coaching is totally different from being a player. To do it, you have to really love everything about the game and put 110% into it, and it’s what the likes of Lampard have been doing.

‘He know the game inside out and it’s such a great achievement for him to have managed a club like Chelsea so early into his managerial career.’

Lampard has been linked with a number of roles since leaving Chelsea, including the England Under-21 job and replacing Roy Hodgson at Crystal Palace this summer.

Bournemouth – his uncle Harry Redknapp’s former club – and Celtic have also been mooted as possible destinations for the former England international. 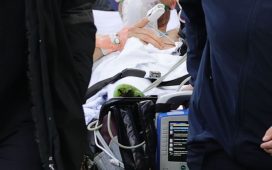