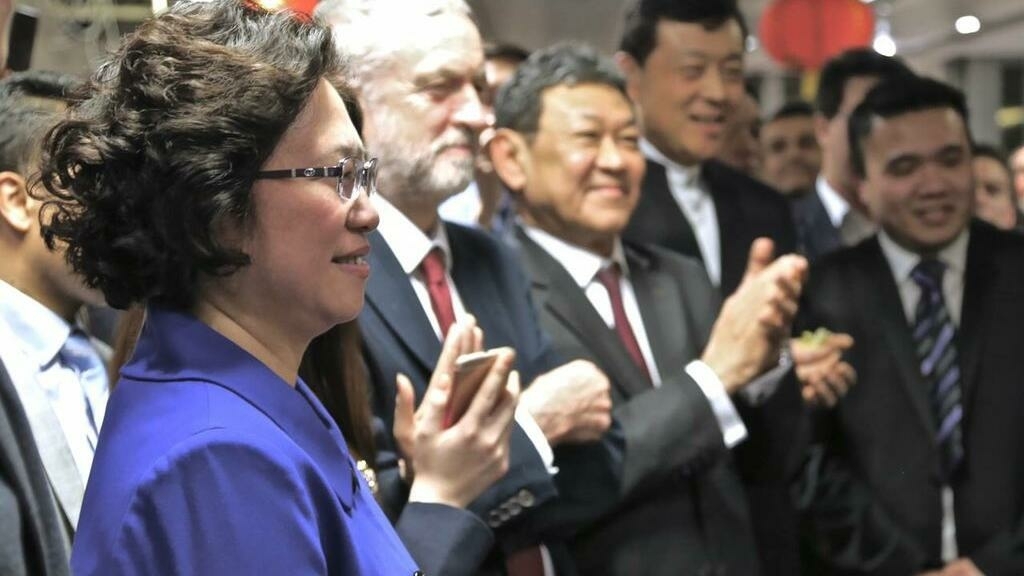 She has rubbed shoulders with Britain’s political elite – including former prime ministers Theresa May and David Cameron, Labour’s left-wing champion Jeremy Corbyn and former London mayor Ken Livingstone. But Christine Lee has been persona non grata since Thursday, when the MI5 counter-intelligence agency issued a rare warning accusing the British-Chinese lawyer of engaging in political activities in parliament on behalf of Beijing and the Chinese Communist Party.

In a warning sent to all British parliamentarians, MI5 accused Lee, 58, of acting covertly and in coordination with the United Front Work Department of the Chinese Communist Party, one of Beijing’s overseas propaganda organs, by facilitating financial donations to political parties, parliamentarians and those seeking political office in the UK.

The rare alert “reflects the fact that the security services are pretty worried about what China is doing in this country, both in terms of traditional espionage, which this isn’t, but also in terms of modern forms of interference and influence,” Charles Parton, a fellow at the Royal United Services Institute think tank, told the Financial Times.

Indeed, the long-time Londoner is suspected of attempting to buy the favour of prominent parliamentarians, both on the right and the left of the political spectrum.

Showing a preference for Labour Party MPs, she paid more than £580,000 (€694,000) to Barry Gardiner through her law firm between 2015 and 2020. “I do not feel stupid, but feel very angry that someone tried to use me like this,” said Gardiner, who said that he had been liaising with British security services on Lee for several years.

Indeed, these revelations shed new light on some of the Labour MP’s positions, in particular his support of the 2016 Hinkley Point power plant project partly funded by China – one of the few on the left to take such a stance.

Lee also contributed at least £5,000 to Edward Davey, the leader of the Liberal Democrats.

“It’s deeply concerning that someone with proven links to the Chinese Communist Party would target British parliamentarians in this way,” said Priti Patel, the UK’s home secretary.

China was quick to reject the accusations. “We have no need and never seek to ‘buy influence’ in any foreign parliament. We firmly oppose the trick of smearing and intimidation against the Chinese community in the UK,” said the Chinese embassy in London.

Legal adviser to the Chinese embassy

In pursuing the story, the British tabloid press dissected Lee’s past, revealing intimate details about her life. She arrived in Northern Ireland in the late 1970s at the age of 12 and eventually had two children with a British lawyer. In 2019, she shook Chinese President Xi Jinping’s hand in Beijing.

One book in particular aided the British media in their research: “Hidden Hand: Exposing How the Chinese Communist Party is Reshaping the World”, a 2020 analysis about Chinese efforts to influence public debate in the Western world, discussed Lee’s case.

Authors Clive Hamilton and Mareike Ohlberg had discovered that, in addition to helping Chinese immigrants settle in the UK, she had also become the main legal adviser to the Chinese embassy in London, “a role that clearly demonstrates the importance that this lawyer has in the eyes of the Chinese authorities”, the authors said.

Lee’s other projects included helping create the All Party Parliamentary China Group, an informal group of parliamentarians interested in issues related to China. The group was disbanded in 2021 after more than 20 years.

Lee was also involved in the creation of at least 16 companies and organisations, most of which are related to the strengthening of Sino-British ties. In 2006 she founded the British China Project, one of the main organisations promoting the interests of the Chinese community in the United Kingdom, earning her an award from Theresa May in 2019.

The former prime minister praised Lee’s work and wished her well in “[furthering] the inclusion and participation of British-Chinese people in the UK political system”.

MI5’s warning about Christine Lee reflects a significant shift in tone in recent years regarding Britain’s position on China.

”Until now, MI5 has favoured caution when it comes to China,” said the Guardian’s defence and security editor Dan Sabbagh in an article published Thursday.

Seven years ago, British spies would never have publicised their suspicions in this manner. At that time, London preferred to emphasise its friendly relations with Beijing. David Cameron, the then prime minister, preferred to drink pints of beer with Xi Jinping in London pubs rather than hunt down potential agents of influence in the corridors of the British parliament.

For Sabbagh, all of this changed in November 2021 when the head of Britain’s MI6 spy agency, Richard Moore, announced that China had become “our No. 1 priority”. Indeed, it is likely that Lee is not the only target in the UK’s hunt for Beijing’s agents of influence.

The authors of “Hidden Hand” even suggested that the UK has passed the “point of no return” – that the Chinese Communist Party has already succeeded in establishing a dense network of influence within the British elite.