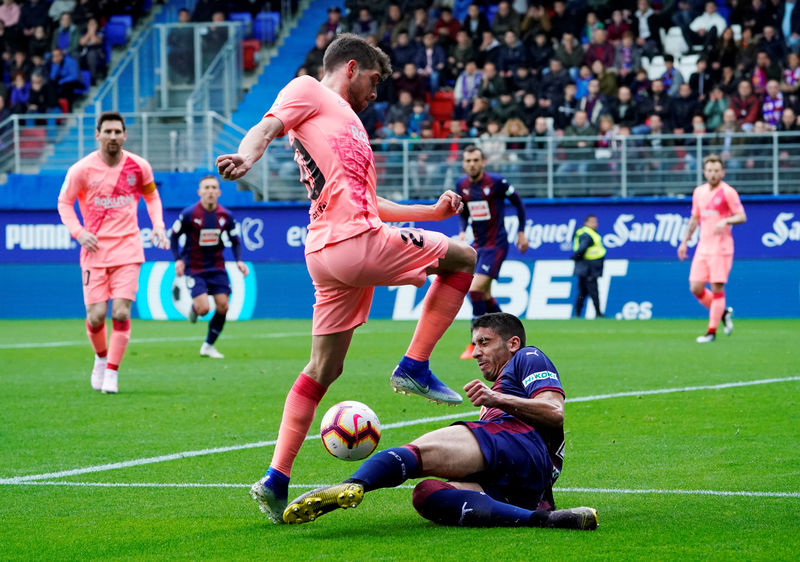 EIBAR, Spain (Reuters) – Barcelona captain and La Liga top scorer Lionel Messi rounded off a spectacular season by netting twice in a 2-2 draw away to Eibar in the champions’ final game on Sunday, taking his tally to a remarkable 36 goals.

Eibar went ahead in the 20th minute with a strike from Barca’s on-loan midfielder Marc Cucurella which squirmed under keeper Jasper Cillessen but Messi levelled in the 31st, sneaking into the box to meet a pass from Arturo Vidal and score.

Malcom and Gerard Pique missed second-half chances for the champions while Cucurella spurned an even better opportunity for Eibar. Barca finished the campaign on 87 points, 11 clear of runners-up Atletico Madrid and 19 ahead of Real Madrid in third.