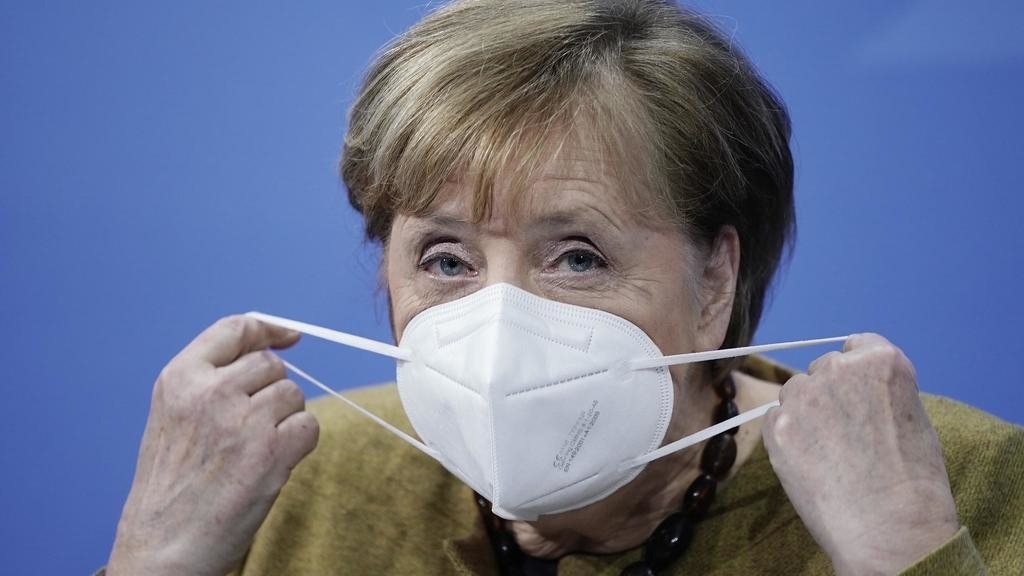 German Chancellor Angela Merkel said Tuesday that she has agreed with state governors to extend the country’s current lockdown by three weeks until Jan. 31.

Merkel said they also are tightening curbs on social contacts, in line with measures imposed at the beginning of the pandemic in March. And they called for new restrictions on movement for people living in areas with particularly high infection rates.

The decision came as new coronavirus cases and deaths are running at stubbornly high levels, and officials remain uncertain what effect the Christmas and New Year holidays have had on the situation.

Germany launched a nationwide partial shutdown on Nov. 2, closing restaurants, bars, leisure and sports facilities. That failed to reduce infection figures, and the current lockdown — which closed nonessential shops and schools, and further limited social contacts — took effect Dec. 16. It was initially due to run through Jan. 10.

Germany’s disease control centre on Tuesday reported 944 more COVID-19 deaths, fueling expectations that Chancellor Angela Merkel and the country’s 16 state governors will extend the country’s lockdown until the end of the month.

Merkel’s meeting with the governors on Tuesday will decide how long the lockdown should go on and to what extent schools will reopen. Another topic high on the agenda will be addressing criticism of the country’s vaccination program amid frustrations over its gradual start.

Vaccinations in Germany and the rest of the 27-nation European Union started over a week ago. In Germany, a nation of 83 million, nearly 265,000 vaccinations had been reported by Monday, the Robert Koch Institute said.

Opposition politicians and even some within Germany’s governing coalition have criticized the EU’s cautious advance ordering of the Pfizer-BioNTech vaccine — the only one so far cleared for use in EU nations. The EU’s medical regulator is also evaluating a vaccine by Moderna.

The country’s health minister has repeatedly said that the vaccinations are progressing as expected and that the slow start is because mobile teams are first going to nursing homes to vaccinate the most vulnerable, which takes more time than inviting people to mass vaccination centers.

Still, in a nod to the heavy pressure, Health Minister Jens Spahn said he has asked the country’s agency in charge of vaccinations if the second shot of the Pfizer-BioNTech vaccine could be delayed in order to be able to vaccinate more people right away with a first shot. Britain has embraced such a plan with its vaccinations, but the move is being hotly debated by scientists and governments around the world.

Germany’s new infections remain at more than twice the level of 50 per 100,000 residents over seven days, which the government wants to reach. In part because of lower testing and delayed reporting, it’s not yet clear what effect the Christmas holidays will have on Germany’s new coronavirus infections, hospitalizations and deaths.