The Mercedes EQS is the latest EV by the storied luxury automaker that’s surely going to bring some much needed competition to Tesla.

The newest sub-brand under the Mercedes umbrella, Mercedes-EQ, focuses on creating pure electric vehicles. Those will, of course, come to include electrified SUVs, such as the EQB that recently debuted online. As the 2022 EQS shows, the Mercedes-EQ range will also feature at least one sedan. That S at the end means it’s the brand’s equivalent of the legendary Mercedes S-Class in terms of luxury and its position within the model hierarchy. Two models will be coming to the U.S. market: the EQS 450+ and the more potent EQS 580 4MATIC.

We’ve known the EQS has been coming for a while. The Vision EQS concept gave us a preview of it. Although Mercedes did away with some of the one-off’s more extreme design touches, such as its light matrix front grille, rectangular steering wheel and array of tiny illuminated Mercedes star logos serving as its taillights, it’s easy to see the connection between it and the EQS production car.

Mercedes released a lot of info about the EQS, but one thing it hasn’t disclosed yet is how much its electric S-Class will cost. The 2021 S-Class’s starting price of $109,800 (excludes $1,050 destination and delivery fee) is a good place to start, although given the power disparities between the EQ and gas S-Class models, it would make sense if the EQ models start at a lower MSRP and top out at a higher dollar amount. We’ll get concrete numbers closer to the EQ line’s on-sale date, which is slated to be fall of 2021.

What does the EQS have in common with the 1990s Dodge Intrepid? Believe it or not, it’s something major: Both have what’s called a cab-forward design, which means the passenger compartment is further toward the front of the vehicle than normal. That flows into a fastback rear end. Mercedes calls this design philosophy “Sensual Purity” and focuses on seamless aerodynamics resulting in a smooth body with a 0.20 coefficient of drag. While the EQS’s body is undeniably sleek, it’s also egg-shaped from certain angles.

Mercedes had to make certain concessions with the EQS Vision’s interior. The cabin is still an attention-getter, though. The MBUX (Mercedes-Benz User Experience) Hyperscreen is a massive party piece that nearly spans the entire width of the dashboard. There are three separate screens behind the single glass cover. There’s one for the main gauges, another for the MBUX infotainment system and a 12.3-inch OLED display for the front passenger. An onboard camera monitors the driver’s eyes to make sure they don’t wander that far over to the right. If they do, the system automatically dims the screen to discourage the driver from looking at it.

YouTuber MKBHD was able to get an early-hands on with the EQS. That video can be found here.

The switch from gas to electric power didn’t change the fact that the EQS is still a Mercedes vehicle. It’s packed with the advanced driver assistance and safety technologies we’ve all come to expect from a vehicle that wears the three-pointed star. One of the most interesting driver aids is Active Brake Assist with cross-traffic function. In addition to watching out for imminent collisions with vehicles that are up ahead, coming from the opposite direction, or crossing, and automatically braking if necessary. It also watches out for crossing pedestrians when the EQS driver is about to turn through an intersection. If the standard PRE-SAFE Impulse Side feature detects an unavoidable side impact collision, it automatically inflates the side bolsters in the driver’s or front passenger’s seat (depending on which one is about to be affected) to move the occupant and put a little more distance between them and the oncoming vehicle.

The foundation of the EQS is an all-new electric platform. According to Mercedes’s specifications, both the EQS 450+ and EQS 580 4MATIC draw their juice from a 107.8-kWh battery pack. The biggest differences are output and drivetrain layout. The EQS 450+ generates 329 horsepower (245 kW) and 406 lb-ft of torque, which it routes through the electric powertrain (eATS) attached to its rear axle. As its name implies, the EQS 580 4MATIC is the more powerful, all-wheel-drive model. It has an eATS connected to both axles, which help put its 516 horsepower (385 kW) and 611 lb-ft of torque to the road through all four wheels.

Mercedes crunched some other important numbers during the development of the EQS and determined that its big, battery-powered luxury barge can put the “express” in “executive express.” The EQS 450+ can zap its way to 60 mph in 5.5 seconds on its way to a top speed of 130 mph. Its more aggressive sibling has the same top end, but only needs 4.1 seconds for its speedometer to register 60 mph.

That’s only the beginning of the EQS’s emissions-free tire scorching. Surprisingly, Mercedes commented on future product (which is rare for automakers) by making it clear that “a performance version with up to 630 hp is being planned.”

Expect to see even more Mercedes-EQ models over the course of the next decade, including another sedan. Christoph Starzynski, Vice-President Electric Vehicle Architecture, said, “By as early as 2030, the company wants more than half the cars it sells to feature electric powertrains – this includes all- electric vehicles and plug-in hybrids. And the list is far from complete: with the EQE business sedan and the SUV variants of the EQS and EQE, further models based on the new architecture will follow soon.” 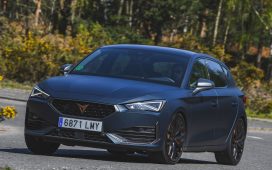 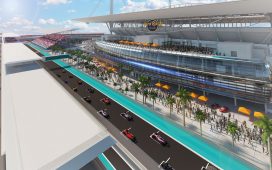 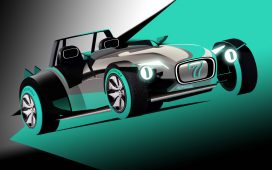 Caterham: electric Seven will be first ever EV, due in 2023 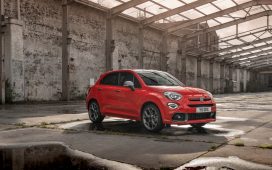 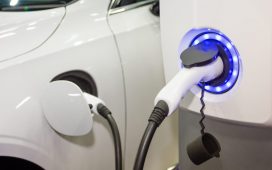 BMW 128ti has power, poise and a posh interior — but it’s trying too hard