Back to the top

Our diesel-electric estate is currently one of a kind, with great powers of recuperation – 20th November 2019

Thanks to this car’s claim to fame – being fitted with the only diesel-hybrid powertrain on sale at the moment – it’s far too easy to spend all your time thinking about the strengths and weakness of the system and not enough focusing on the car beneath. But there is so much to talk about, so I hope I’ll be forgiven for making more observations about its daily operation.

First, I have now sorted out home charging and persuaded my phone to talk to the charger – and any public Pod Point charger I might use in future – so I now know exactly what my electricity is costing me. And on my domestic tariff, 10kWh of energy costs around £1.55. Where I live, there are little or no urban miles to do but that charge will still take me around 24 miles on rural roads at sensible speeds, which would require around half a gallon of diesel on the same road at the same speed, which would cost around £2.95 if I bought it locally.

This means my domestic electricity supply nearly halves the fuel costs on short journeys, but you’d have to make a hell of a lot of short journeys to make up the £5000 extra Mercedes-Benz charges for the hybrid system. Then again, there are tax breaks for hybrids to consider, not to mention a very welcome additional slug of performance. Let’s not forget that this 2140kg estate car will still hit 62mph in 6.0sec, compared with 7.7sec for the same car without the hybrid. So it really is a completely different level of performance.

READ  You could be fined £2,500 and hit with a driving ban for speeding when overtaking another car

That’s the macro stuff. I find the micro just as interesting, largely because I’m a geek. I have noticed, for instance, that this car misses no opportunity to claw some ions back through brake regeneration, especially if you run the car in its Eco setting, which I usually do. Obviously, you’d expect this to happen while you’re actually braking, but it’s way, way cleverer than that.

For instance, it always knows where you are, and if it knows there’s a speed limit coming up and you’re off the throttle, it’ll just brake a little more to reduce your speed consistently until you reach the limit, rather than you approaching too fast and having to use the actual brakes rather than the electrics to slow the car. If it sees a tight turn coming up, it’ll slow for that, too, or a junction. You’re aware that it’s always there, chiselling away, recovering every mote of what would otherwise be lost power.

I could find that infuriating, but I don’t, and for two reasons. First, you can stop it whenever you want by changing modes. Second, you only need to coast down one long steep hill and see the projected electric range actually rise to realise this really is free energy it’s finding. So, in fact, the actual saving made by the car is measurable not just in cheap electricity pumped into its battery by my charger but also the free electricity recovered from the road. Which, I guess, is why on a 360-mile journey last week, it still returned over 60mpg despite no more than 25 of them coming from electricity I’d put into the car at home.

Under the skin: Why the straight-six engine is on the way back 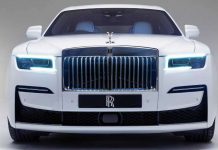