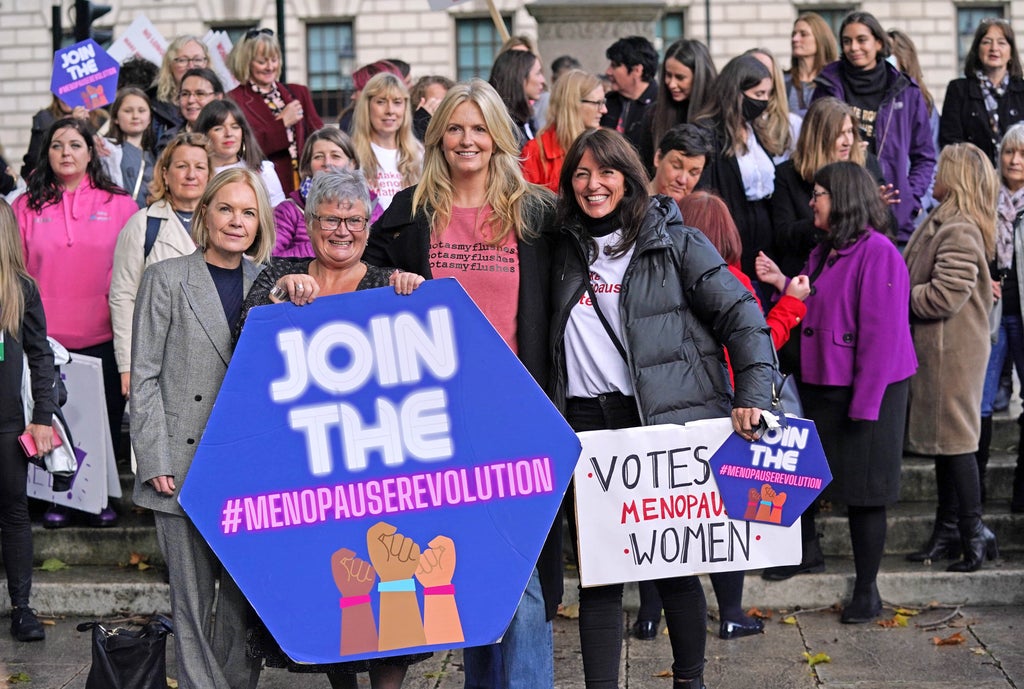 The commitment was made on Friday afternoon during the second reading of Labour MP Carolyn Harris’ private members’ bill in the House of Commons.

Health minister Maria Caulfield said while the Government “cannot” exempt HRT from prescription charges entirely, they will “amend the regulations to reduce the costs and improve access to HRT”.

HRT is a treatment to relieve symptoms of menopause by replacing the oestrogen and progesterone hormones the body no longer produces.

Prescriptions cost £9.35 per item in England on the NHS but HRT is free in Scotland, Wales and Northern Ireland.

Campaigners have been calling for the charge to be scrapped altogether with some saying the cost can act as a financial barrier than can put some women off seeking treatment and “prices others out altogether”.

Previously, some women who have a combination of both progesterone and oestrogen must pay for separate charges. But the change means women would see “in real terms” savings of up to £205 per year.

Ms Caulfield said: “We will do this by reducing the cost of repeatable prescriptions for HRT for women experiencing menopausal symptoms.

“So instead of paying for a repeat prescription every month, or every three months, the prescriber can issue a batch of prescriptions for up to 12 months with one signature and one prescription charge.”

She added: “If a woman currently takes two hormone treatments – oestrogen and progesterone – and receives a repeatable prescription every month, she would currently pay £18.70 each time. That’s a total of £224 every year.

The Government has also announced the creation of a menopause task force which “will encourage faster action and join up the dots across the system in order to take a coherent approach to improving support for those experiencing the menopause”.

Labour MP Carolyn Harris, who spearheaded the private members’ bill, will co-chair of the task force.

Referring to earlier rhetoric from MPs of a “menopause revolution”, the minister said: “Up the revolution.”

In an emotional response, Ms Harris said: “Wonderful women thank you. What’s happened today is only the beginning I know, but we can do such great things together because that’s what it’s all about is looking after the women.”

Ms Harris also hailed today as “a result for women across the country”.

Meanwhile, campaigners including MPs and TV personalities such as Davina McCall and Penny Lancaster celebrated the move at a rally outside Parliament.

Davina McCall, who wore a T-shirt emblazoned with the hashtag #MakeMenopauseMatter, also called for more education for healthcare professionals.

She highlighted a lack of medical knowledge in her Channel 4 documentary Sex, Myths And The Menopause, in which she also discussed taking HRT

She welcomed the Government’s announcement on HRT prescription charges, calling it a “very positive outcome”.

She said: “The great thing about this is that it isn’t a political matter, this is a women’s matter and today everybody came together to make the happen.

“Women and men, male and female politicians from all parties came together and made a promise.”

McCall told the cheering crowd: “It’s not just menopausal women, it’s for our daughters… for our grannies who didn’t have any support at all.”

She said she would celebrate with a “cup of tea and a chat with a lot of very menopausal women”.