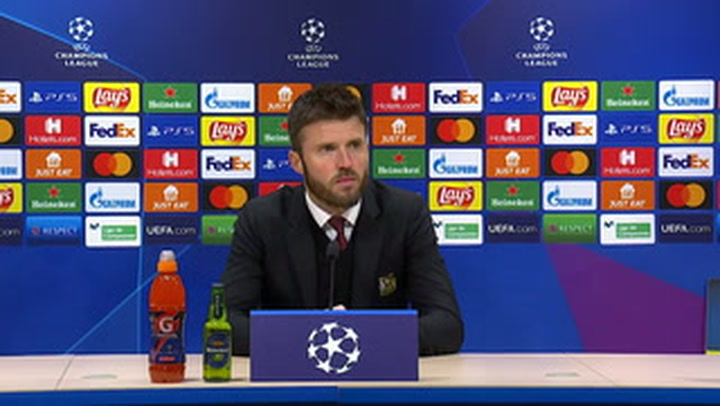 Andreas Pereira was left heartbroken on Saturday after his error cost Flamengo dearly in the final of the Copa Libertadores, but he had the support of former Manchester United teammate Memphis Depay after the game.

The Brazilian midfielder joined the Rio-based club on loan from United in August, and started the continental final against Palmeiras alongside former Premier League players David Luiz, Felipe Luis and Mauricio Isla.

However, extra-time brought a nightmare moment for Pereira, who was caught in possession by Deyverson, allowing the opposition forward to run through and score the winning goal.

The 25-year-old was visibly distraught as Palmeiras saw out the game, but his former Old Trafford colleague was on hand to offer his support.

Does Andreas Pereira have a long-term future at Man Utd? Have your say in the comments section

Deyverson capitalised on Pereira’s mistake to score the winner
(

After the game, Pereira took to Instagram to apologise for his role in his team’s 2-1 defeat.

“I’m here with a heavy heart! Today I made a mistake!” he wrote.

“Difficult moments show the character of our group that in these 3 months welcomed me into the Flamengo family with so much affection!

“I apologize for today’s mistake! I promise, I will win you back!”

Pereira and Depay spent a season together at Old Trafford during Louis van Gaal’s time in charge, with Pereira among the substitutes for the Dutchman’s Man Utd debut in 2015.

And the Barcelona forward was one of the first to offer his sympathies to his former colleague, writing “Head up lil bro! The future is bright”.

A number of Brazilian players also showed their support, with Kaka urging his compatriot to “Lift your head, learn your lesson and move forward”.

“Lift your head, making mistakes is part of our sport. Just don’t give up, I trust you, you’re an ace,” was the message from Neymar, while former Liverpool midfielder Lucas Leiva reassured Pereira that “An error does not define the player you are.”

Raphael Veiga had put Palmeiras ahead during the final in Montevideo, with Gabigol equalising for Flamengo, only for Deyverson to make the decisive intervention after Pereira’s error.

Pereira last played for Manchester United in their Europa League victory over LASK in August 2020, while his most recent Premier League appearance came in a win at Brighton in June of that year.

He spent last season on loan at Lazio, helping the Italian club finish sixth in Serie A, before moving to Brazil after being deemed surplus to requirements by United’s then-manager Ole Gunnar Solskjaer.

The midfielder has played in a deeper role under Flamengo boss and former Brazil international Renato Gaucho, with the manager saying “He’s a player who knows how to defend, knows how to attack too, he has the quality to do so”.

He is due to return to Old Trafford at the end of the season, at which point he will have a year left on his United contract. 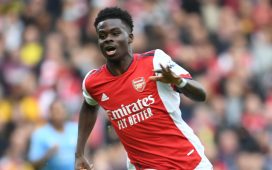