The 25-1 winner, ridden by Jye McNeil, led from start to finish and held on from Tiger Moth – trained by O’Brien’s father Aidan – and Prince Of Arran.

Tiger Moth’s stablemate Anthony Van Dyck, winner of the Derby at Epsom in 2019, broke down in the home straight.

The horse broke a leg in the incident.

“It is with sadness that we confirm that Anthony Van Dyck had to be humanely euthanised after sustaining a fractured fetlock during the running of the Melbourne Cup at Flemington,” said Racing Victoria spokesman Jamie Stier.

The race, which usually attracts a crowd of around 100,000, was held behind closed doors because of the coronavirus pandemic.

It was a winning debut Melbourne Cup ride for McNeil and a seventh triumph for owner Lloyd Williams in the two-mile handicap that has a first prize of more than £2.3m.

O’Brien, 27, also landed the race at Flemington with Rekindling four years ago.

READ  Brit among eight conservationists facing torture and HANGING for spying in Iran where they were trying to protect endangered leopards
Share on FacebookShare on TwitterShare on PinterestShare on Reddit
newscabalNovember 3, 2020 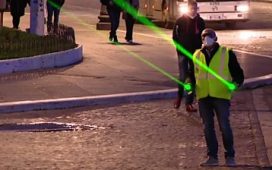 The man startling millions of starlings with lasers 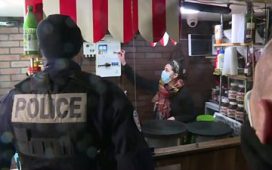 Carbis Bay in Cornwall to host G7 summit in June 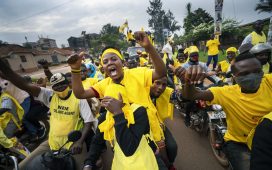