MEGHAN Markle is hiring Oprah Winfrey’s party planner for her 40th birthday bash which will host 65 and not break Covid rules, a report says.

The Duchess of Sussex has reportedly tasked Colin Cowie with planning the milestone birthday at her and Harry’s £11million mansion in Santa Barbara, California.

Cowie is known for his extravagant and was one quoted saying that “the equation for the gold standard of service isn’t 1+1=2. It’s 1+1=3. What can you do to stay ahead of the curve?”

Harry has reportedly ordered a cake from local baker Posies & Sugar and the party is supposedly going to be low-key, according to the Mirror.

Guests on the day will enjoy “grazing tables” with locally sourced foods and wines.

A source said: “Megan wants a small gathering. About 65 people are invited, her closest friends and family. Colin was recommended to her by Oprah who always puts on fabulous parties.”

The birthday do won’t break Covid rules because California has relaxed many of its restrictions.

The couple sensationally quit as senior royals in January last year and fled to California insisting they wanted to be “financially independent”.

They then purchased an £11m Santa Barbara mansion in March, where they live with bubs Archie and Lilibet.

The Duke and Duchess of Sussex also used mega-deals with Netflix and Spotify – with a combined win of £130million – to pave the way for their new lives in Los Angeles.

The pair were reportedly in discussion with the streaming giants in 2018, while Meghan and Prince Harry were still living in Kensington Palace.

However it wasn’t till January 2020 that the Sussexes announced their bombshell decision to quit the UK and start a new life abroad, away from the royal family.

It comes as royal courtiers are reportedly braced for a string of bombshell allegations in the Duke of Sussex’s book, which is due to be published next year.

Harry will recount “experiences, adventures, losses, and life lessons” he had as a royal.

But a small band of staffers who worked for the Duke and Duchess are now said to be concerned that the book could paint a false picture of the couple’s life in the Palace.

A royal insider said: “Harry and Meghan’s former staff members are convinced that this book is being written to settle scores and will likely include a lot of detail about their time within the Royal Family.

“Based on the Oprah Winfrey interview, some of these ex-workers simply do not trust that a full and accurate picture will be presented.

“Conversations have already started about what steps they might be able to take to protect their own reputation and that of the monarchy post-publication.”

See also  Scuba diver, 20, mauled to death by shark off coast of Australia
Share on FacebookShare on TwitterShare on PinterestShare on Reddit
newscabalAugust 1, 2021 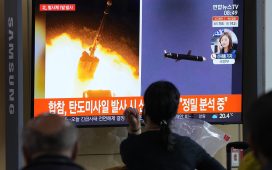 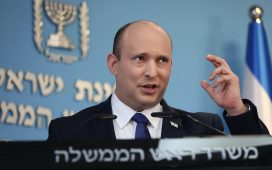