“During my time spent with him, when I was over at his house, his kids were never there,” Courtney claimed in a lengthy Instagram statement on Nov. 2. “They were always with Megan. She wasn’t an absent mother. And yet, like she says – she doesn’t plaster them all over her social.”

“There were times Brian would tell me that he couldn’t see me because he had his kids – and I later found out that this wasn’t true, he was actually just seeing other women at those times,” she added, further alleging that Brian posted photos of his children to “protect his image” as a “doting single dad.”

“The whole experience was a bit gross,” Courtney concluded. “Women and children are not props. How long until men realize this?”

See also  BBC's George Alagiah on living with coronavirus and cancer
Share on FacebookShare on TwitterShare on PinterestShare on Reddit
newscabalNovember 2, 2020 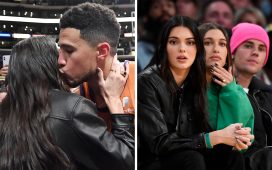