She recently split from Brian Austin Green and has since been linked romantically to rapper Machine Gun Kelly.

But Megan Fox was seen all by her lonesome on her most recent outing.

The 34-year-old actress was seen on as solo errand run in Calabasas, California on Thursday just weeks after news of her marriage separation. 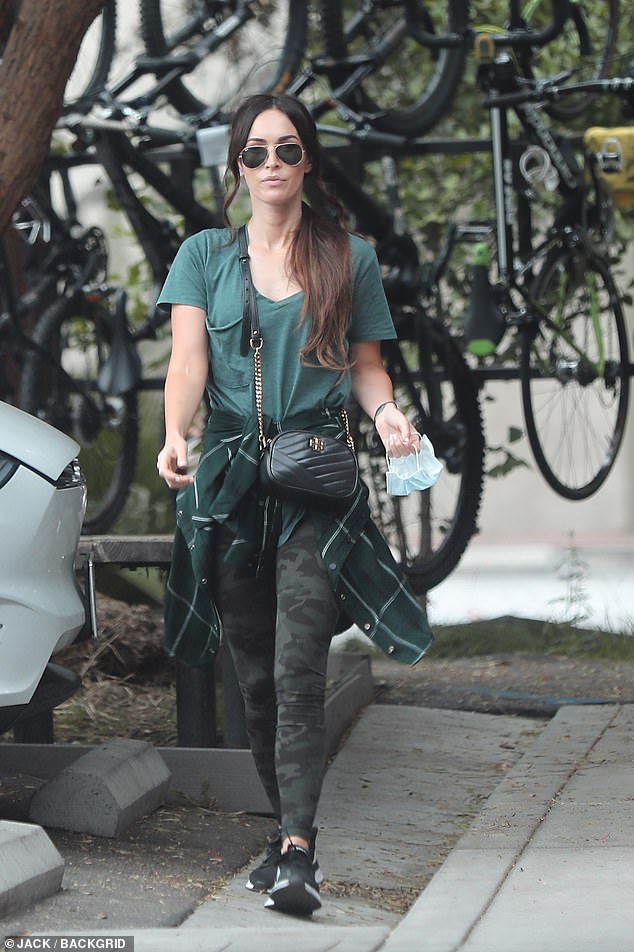 Out and about: Megan Fox was seen on as solo errand run in Calabasas, California on Thursday just weeks after news of her marriage separation

The Transformers star kept it casual in a green T-Shirt with a clinging camouflage leggings.

She kept the green-theme going with a checked olive-colored flannel tied around her waist along with a pair of black Adidas running shoes.

Her signature raven-colored tresses were pulled back in a ponytail as she showed off her natural looks with minimal make-up.

Brian announced the separation earlier this month and there are rumors she is rebounding with Machine Gun Kelly. 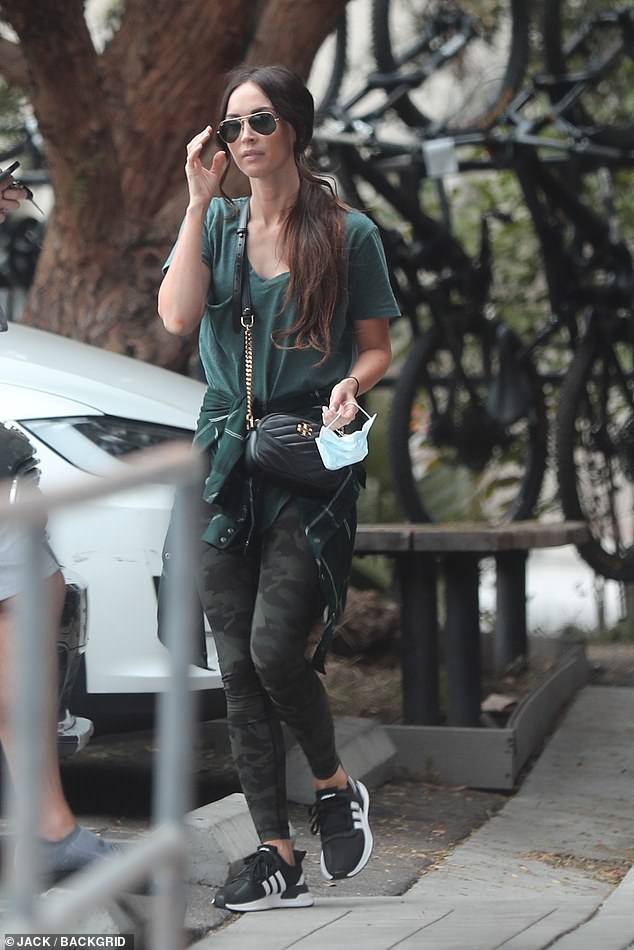 Chill: The 34-year-old Transformers actress kept it casual in a green T-Shirt with a clinging camouflage leggings

The conjecture about Megan’s new romance kicked off May 15 when she and the platinum blonde rapper were seen in that same Aston Martin.

They picked up some takeout together and then his car was seen in line at the guest entrance of her gated community in Calabasas.

Megan has been married to Beverly Hills, 90210 star Brian since 2010 and they share three sons – Noah, seven, Bodhi, six, and Journey, three. 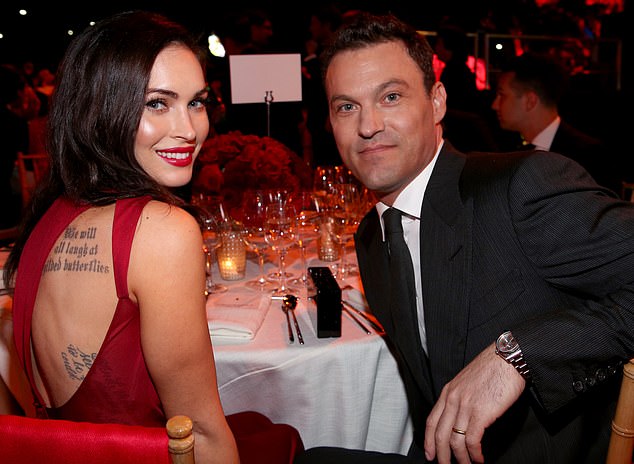 The way they were: Megan has been married to Beverly Hills, 90210 star Brian Austin Green (right) since 2010 and they share three sons – Noah, seven, Bodhi, six, and Journey, three; pictured in 2014

Since last month speculation has abounded that Megan and Brian were self-isolating separately amid the coronavirus pandemic.

In the middle of last month there were reports that Brian and Megan might be self-isolating separately amid the coronavirus pandemic.

She has been hunkering down in her gated community in Calabasas, while he has been glimpsed without the children around the Malibu area. 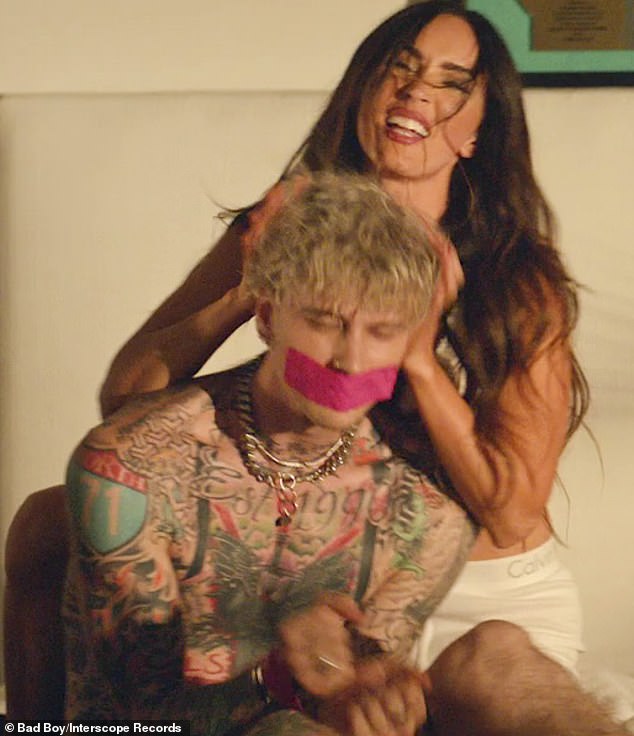 Getting close: The 30-year-old rapper – real name Colson Baker – released the music video for his latest single on Wednesday of last week

On May 18 Brian emotionally revealed on an episode of his podcast …With Brian Austin Green that Megan had left him.

Last autumn she was away shooting a film and he had a dream in which he predicted that their marriage would fall apart.

Then in real life she returned home and told Brian that ‘I feel more like myself, and I liked myself better’ when she was away from him working.

They elected to ”separate for a little bit’ and ‘see whatever it is we find,’ said Brian, adding that she and Machine Gun Kelly were ‘good friends at this point.’ 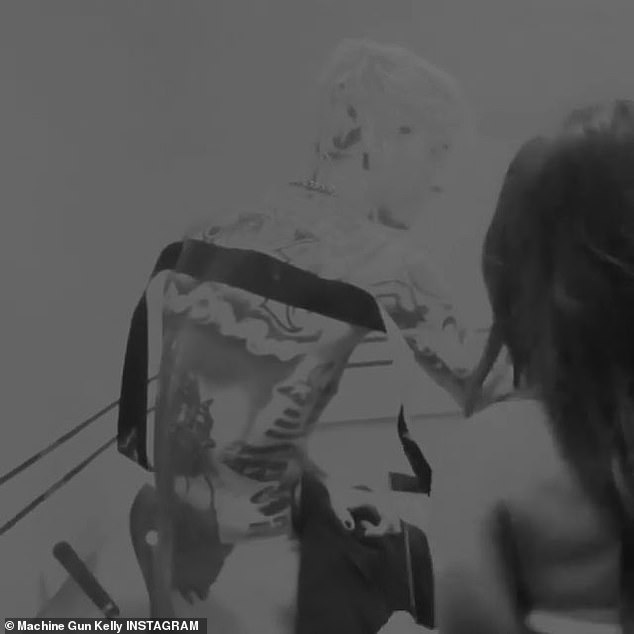 Heating up:  Machine Gun Kelly also took to Instagram to share a flirty behind-the-scenes clip with Megan Fox from his music video for Bloody Valentine

However an Us Weekly insider gabbed that Megan and the slender rapper ‘have definitely hooked up and are seeing where things go.’

Both of them were cast in the serial killer movie Midnight In The Switchgrass, which began filming in Puerto Rico this March shortly before the COVID-19 lockdowns.

Megan filed for divorce from Brian in 2015 citing irreconcilable differences, but she was back with him and pregnant with Journey the following year.

Three years after they got back together, Megan took the legal step of filing to dismiss the divorce petition last April. 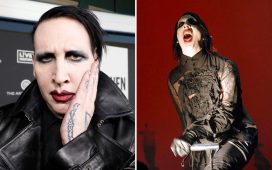