Megan Barton-Hanson and her boyfriend James Lock put on a tactile display as they enjoyed a night out with friends in London on Thursday night.

The former Love Island contestant, 27, wrapped up in a chic black trench coat while the TOWIE star, 34, looked trendy in a charcoal T-shirt and coordinating jeans.

Following the night of fun in Soho, Megan proved a shoulder to cry on for her teary-eyed make-up artist Julia Edwards.

Loved up: Megan Barton-Hanson and her boyfriend James Lock put on a tactile display as they enjoyed a night out with friends in London on Thursday night

Rushing to her entourage member’s aid, Megan sat down on the side of the pavement to accompany her pal before discussing a plan of action with Lockie.

The television personality comforted her worse-for-wear pal, while James stood close by.

After a while Megan smoked a cigarette, and looked visibly concerned for her friend who was struggling to stay up on her feet. 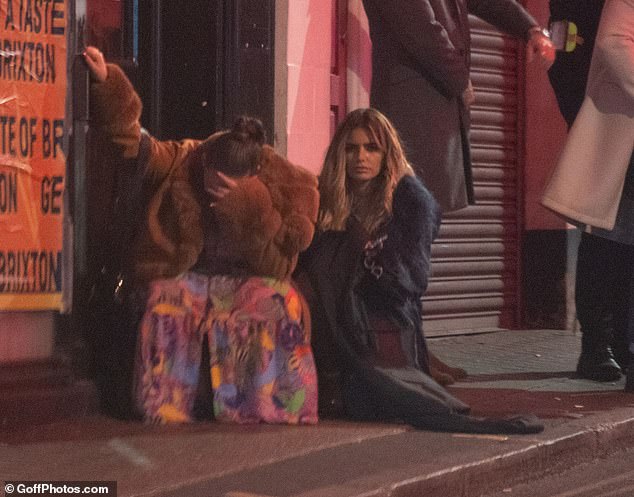 Oh dear: Following the night of fun in Soho, Megan proved a shoulder to cry on for her teary-eyed make-up artist Julia Edwards as they exited the club 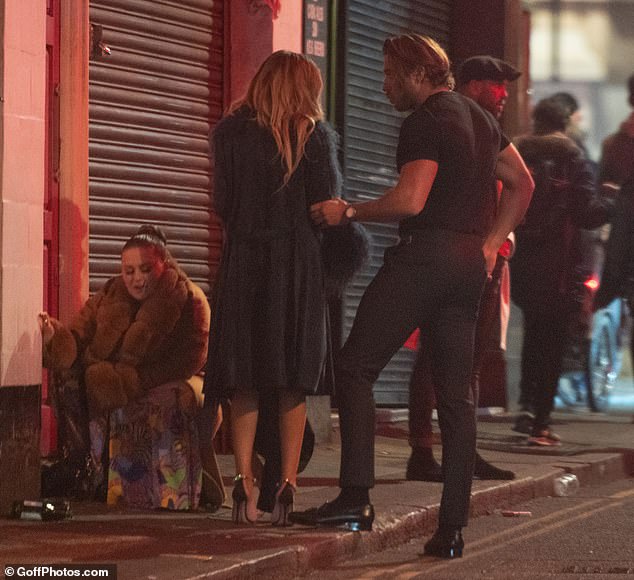 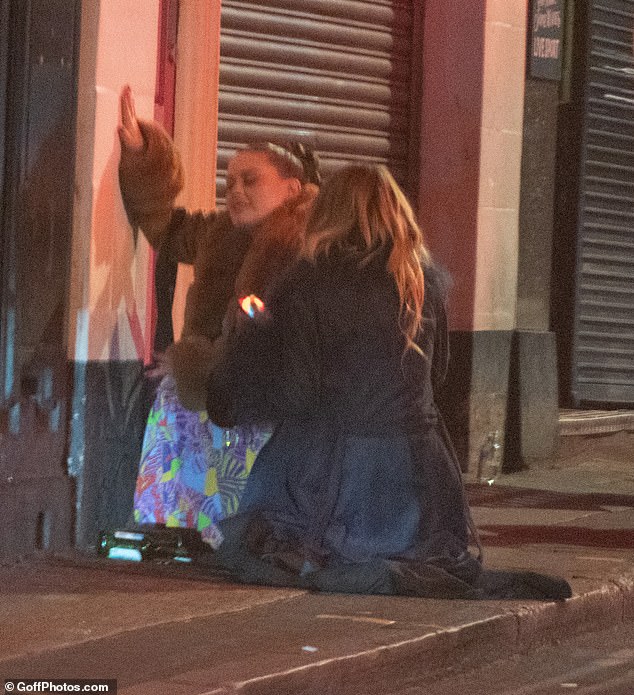 Good friend: Rushing to her entourage member’s aid, Megan sat down on the side of the pavement to accompany her pal 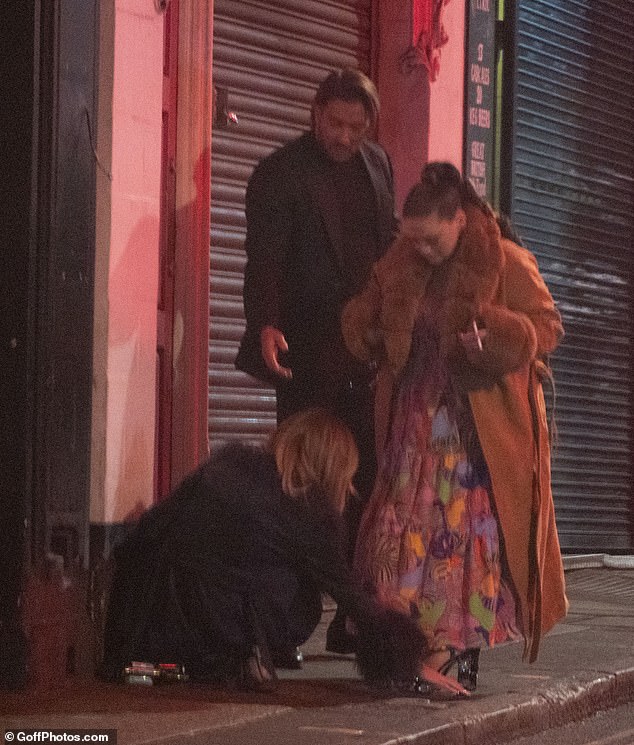 Dapper: The TOWIE star, 34, looked trendy in a charcoal T-shirt and coordinating jeans and offered Megan a helping hand off the ground

Megan recently got hot under the collar after James shared a steamy shirtless selfie to Instagram.

In the snap, the influencer showcased his washboard abs in nothing but a pair of white boxers, alongside the caption: ‘Thursdays attire [sic].’

He wore his long brown tresses in a trendy swept back style while showing off a very toned physique leading to a thirsty caption from the blonde bombshell.

Ever the comedian, it wasn’t long before Megan teased: ‘I’m on my way home now.’ 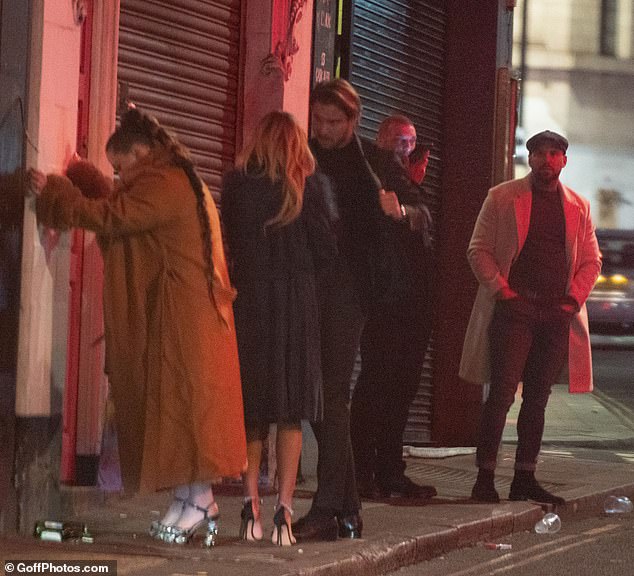 Devising: Megan made sure to discuss a plan of action with Lockie as her friend steadied herself 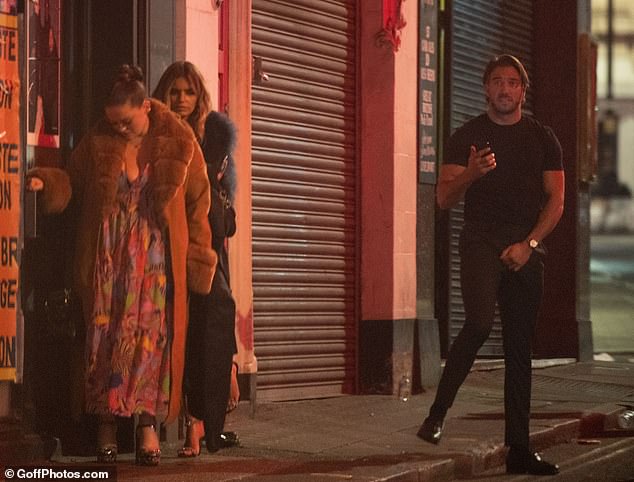 Helping hand: The reality star attempted to get her friend back on her feet, while James called for a taxi

It is understood the couple started dating after meeting while filming MTV show Ex On The Beach.

It came after James enjoyed a brief fling with TOWIE’s Chloe Brockett, 20, which caused quite a stir on the latest series of the show.

He previously dated Yazmin Oukhellou, 27, and were famed for their tumultuous two-year relationship but it ended following an ‘explosive row’ in Dubai. 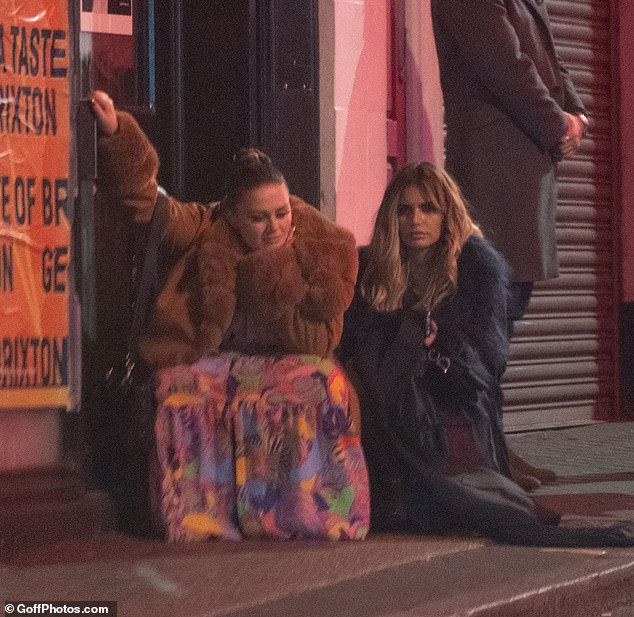 Glum: They eventually sat together on the ground and looked into the distance, with Megan looking concerned 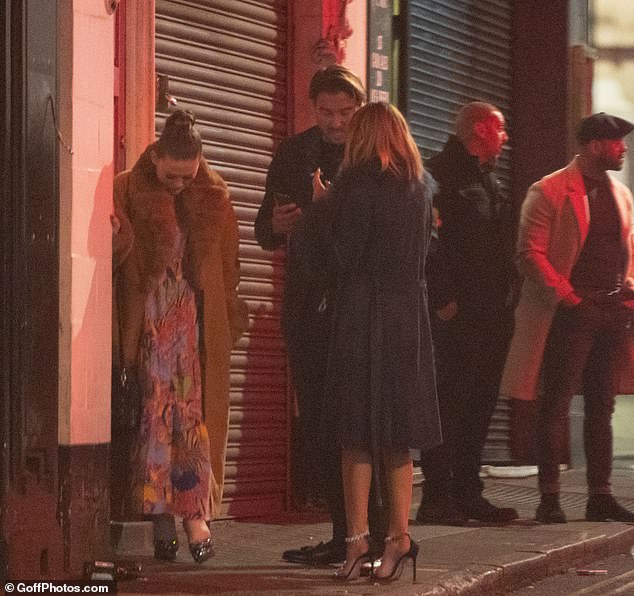 Team: Megan enjoyed a cigarette as she stood with the group on the street 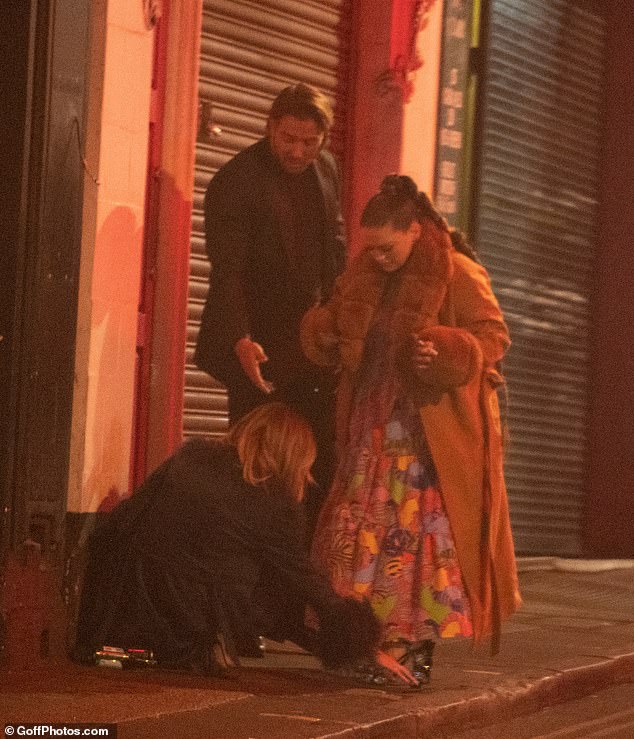 Everything ok? Megan helped Julia with her shoes at one point 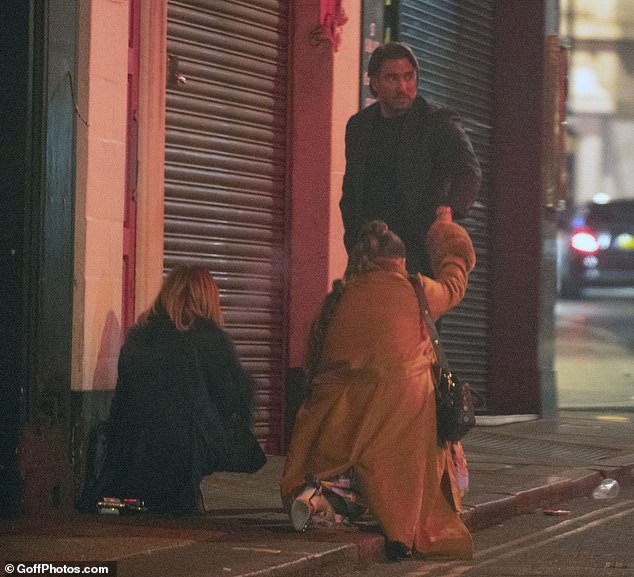 Oh no: Julia leant forward and grabbed Lockie’s hand as she knelt on the ground

James revealed to Yaz he was seeing someone else in the latest series of TOWIE.

Chloe Sims was seen breaking the awkward silence between the two at a party, saying: ‘Yaz was just saying that she feels like she can be in the room with you now and there be no agg.’

He then confessed: ‘I am seeing someone at the minute. We’re taking it slow.’

Yaz looked slightly downbeat as she quietly said ‘Oh okay,’ but quickly added: ‘I think that’s nice and for you to meet someone.’ 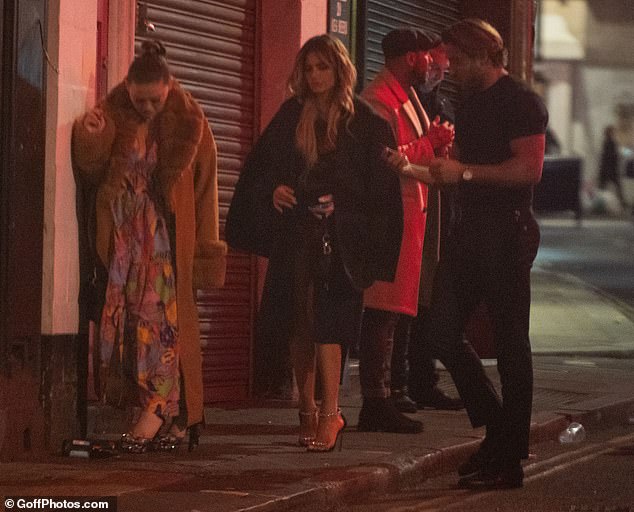 Dazzling: Megan elevated her height with a pair of glitzy heels and showed off her legs in a black midi dress

Megan’s surgery was carried out by Dr Paul Harris who she praised as one of the best surgeons in the UK.

She added: ‘Hopefully me actually sharing it will make girls feel it’s nothing to be embarrassed of.’ 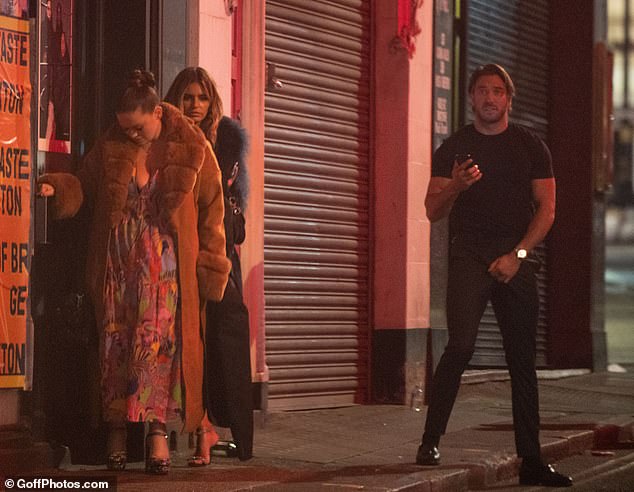 All partied out: The group tried to figure out how they were going to get home after partying into the early hours 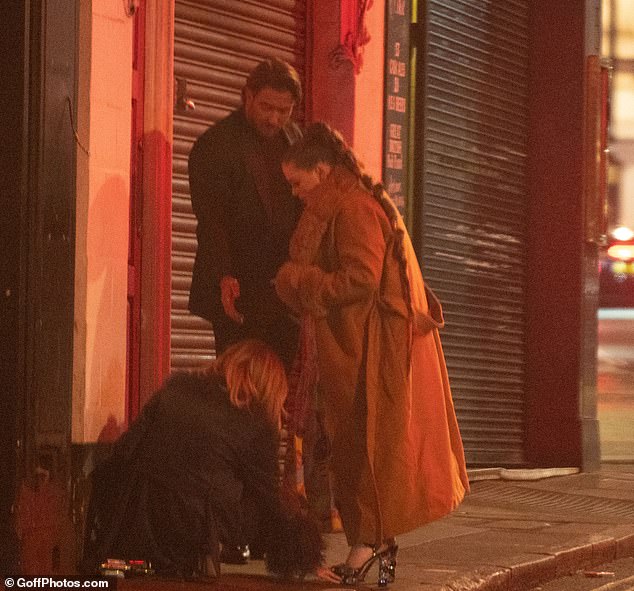 Chilly? James later threw a black blazer over his ensemble amid the wintery weather

Elsewhere, Megan recently opened up about her breast implants, telling MailOnline: ‘Since losing weight my implants looked uneven, not how they did in Love Island and I wanted a correction.

‘I want to be honest open and transparent with my followers not set unrealistic expectations.

‘There’s no shame in surgery if it makes you happy and you’ve researched a good trusted surgeon and know the risks.’ 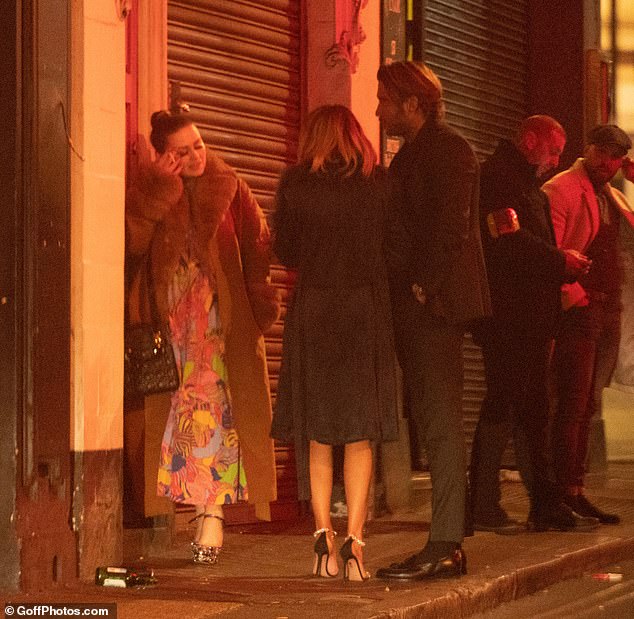 Cigarette: The group smoked outside in the street in Soho after a raucous night of partying 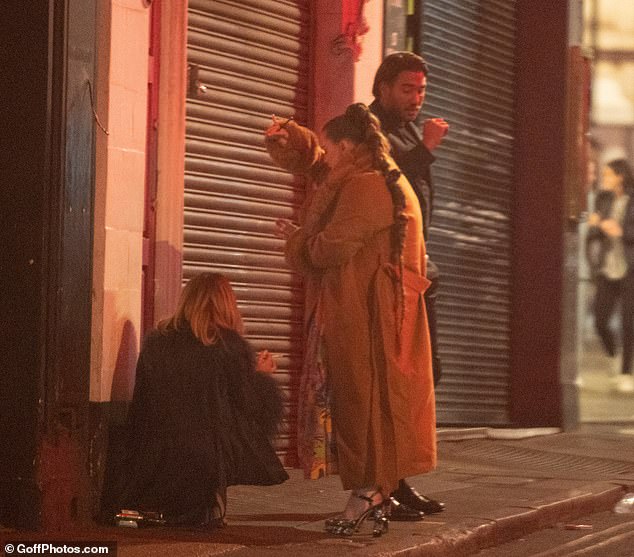 Back up: Julia was soon on her feet again as Megan remained on the ground 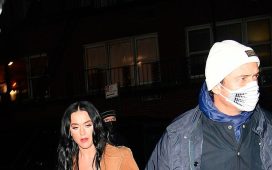 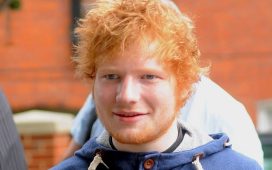 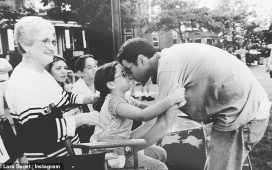 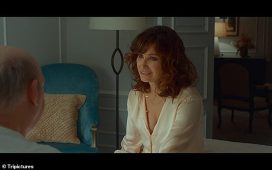 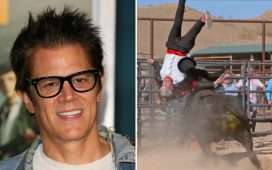 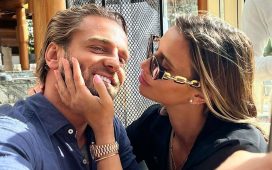