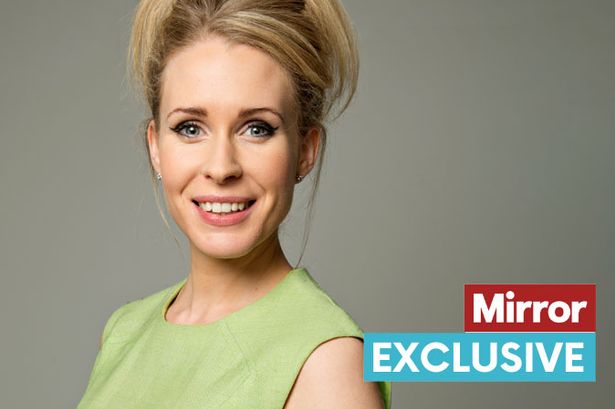 Being wheeled into theatre for an emergency C-section Lucy Beaumont did what comes naturally: She cracked a joke.

“The nurses looked exhausted and I just thought I’d cheer them up. I think I thought I was on the Royal Variety performance or something although I can’t remember what I was saying,” she smiles.

But today the much-loved comedian, who is married to fellow comedian Jon Richardson, gets serious – just for a moment, mind.

For as she regales the story of her labour five years ago, she admits that – despite the joy of having a healthy baby girl – surgery left her so traumatized she feared she was going to die.

And it’s this, alongside some of the far more amusing aspects of journeying into motherhood, that she has charted in her first ever book – a ‘mumoir’ called Drinking Custard: Diary Of A Confused Mum.

After being given anaesthetic to numb her, she admits: “That’s when I lost it. I couldn’t feel my body from my neck down.

“I really struggled. The experts knew what they were doing but I thought I was dying.

“I don’t think I actually was, but I had lost blood and because it was an emergency there wasn’t time to discuss much.

“My eyesight went and I felt I was going to lose consciousness.

“I am just grateful that we were fine in the end. All you’re bothered about is that your baby is OK but I was in total shock.”

Daughter Elsie has just celebrated her fifth birthday earlier this month – with a few at-home get togethers and a Batman cake.

But Lucy admits the C-section is one of several reasons her and Jon, 38, – famed for their hit ‘mockumentary’ Meet The Richardsons – don’t plan to have another child.


Lucy has spoken about her experience for her new book
(

She said: “I’d never been through anything like that before so it was definitely the biggest trauma of my life.

“Yes, labour was a success.

“Equally, I felt it is important for women to share their stories in detail, of how they feel in hospital, because if there was all the money in the world in the NHS there probably would be a therapist.

“And I like the idea of having lots of children in the house but then you’ve got to look after them, haven’t you?

“If you were brought up on the Sound Of Music, that’s what does it – and the Pampers advert of a woman in a white shirt with a newborn baby.

“If you buy into all this you don’t realise the reality. It’s not like that. You’re just basically tidying up all day.

“Jon’s a brilliant dad. He’s devoted to Elsie but I think he’s even more sure he doesn’t want kids now.

“To be honest I don’t think he wants to share her.”

She jokes that when her waters first broke at home, Jon bought a four-man tent.

“There wasn’t any logic. I think he just went into survival mode.

“I think this male, animalistic instinct of ‘we need to go now. This is getting real,’ kicked in.

The hilarious couple are parents to five-year-old daughter, Elsie
(

“I wanted the birth to be a bit ethereal at home. I thought my baby would sort of float out to jazz music. I was hoping to go for a run afterwards,” she jokes.

“Instead we went into hospital, I had to stay in, lie down and I was filled with drugs for hours.

“Afterwards I felt like one of those Z beds. I thought, they’d sewn my top half to my bottom half because I couldn’t stand up for weeks.

“I’m going to get a dog next time. You can’t breastfeed dogs though, can you?”.

The comedy couple were set up by fellow comedian Roisin Conaty and had their first date at the Kingston-upon-Thames venue The Fighting Cocks.

Before having a child together Lucy’s book charts a dramatic event – which sealed her desire to start a family.

Lucy was on her way to a comedy gig in Putney, south London, when she spotted something, flickering in the darkness ahead.

She said: “I remember this long, tree-lined road and I could see something white that went into it.

“Then something clicked and I realised, ‘oh my god, it’s a baby’.

“The only reason I saw him was because he’d gone under a street lamp so his nappy reflected in it. That’s all he was wearing.

“Then I ran into the darkness. I shot into the middle of the road to get him.

“You read about people saving lives. Well, instinct just kicks in. I picked up this absolutely beautiful little boy.

“He was so young, about one, as he’d obviously just started walking. As soon as I did, a car came along. There’s no doubt he would have got run over.

“There was a door open at a house near him and I went in and his mother was there. It was awful. She was speechless. I had to just walk away.

“But I remember feeling his heartbeat and it made me realise I missed him in my arms and wanted my own baby to hug.”

But it’s her devotion to her daughter – who’s upbringing in Hebden Bridge, West Yorkshire, is a far cry from her own as the child to a single mum in Hull – that makes her a bit of a pushover.

“Jon is the consistent parent. No means no. Whereas Elsie can play me like a fiddle,” she admits.

“I just spoil her rotten. Everywhere we go I buy her a teddy. I mean, literally, she could suffocate under them.”

On a recent trip to a toy shop to buy Elsie a special treat for doing well at school, Lucy managed to up-stage Jon.

“We told her she could have a How To Save Your Dragon plastic dinosaur in an egg, as a treat, because she’s been really good at school.

“She was looking really forward to it and we drove for 40 minutes to get there. And then we go in and I see this huge doll’s campervan.

“And then Jon’s stood there with this little dinosaur egg and he’s like ‘Oh great! What are you doing?

“We argue about that but then we argue about everything. We even argue about lettuces,” she says. “He’s doing this environmental podcast where he’s talking about not wasting stuff.

“And then I ordered an online shop and I thought I wrote in the box ‘one lettuce’ but I must have written another number one because 11 lettuces turned up.

“Me and mum were trying to hide them all around the house. She put one in the washing machine.

“But Jon found them and was furious.”

Yet it’s their quips that have won them so many fans.

The pair, who married in 2015, have just finished filming series three together.

Lucy, 38, admits: “We get loads of messages and some have said that it’s even saved their marriage.

“I think there have been a lot of people who identify and say, my wife is just like yours, Jon.

“Someone else said to me if I was Jon, I wouldn’t be able to live with you. One said Jon is really punching above his weight.”

But the most memorable was from a male admirer who called Lucy a “Princess”.

“He said he would love and adore me and never answer back.

“He was an older gent that lived with his elderly lover and he said ‘when she dies you can have her room’.

“He looked a bit National Front to be honest,” she laughs.

See also  KSI and Saffron Barker urge fans to stay inside as YouTube stars band together during coronavirus crisis
Share on FacebookShare on TwitterShare on PinterestShare on Reddit
newscabalSeptember 26, 2021 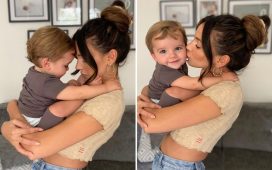 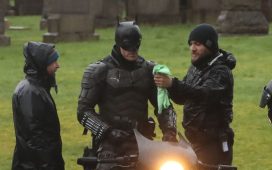 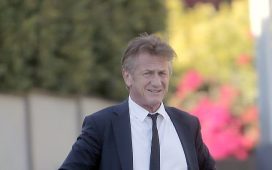 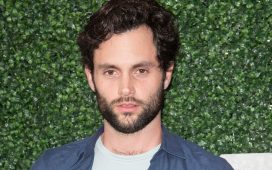 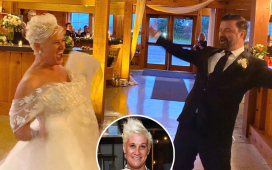