Mecca: robots, vaccines and distancing. The Hajj during Covid


The major pilgrimage scheduled for mid-July. 450,000 requests for participation have already arrived in 24 hours. There will be a total of 60 thousand faithful who will have the nulla osta. They will need to have Saudi citizenship and be immunized against the coronavirus. Use of robots “to avoid any human contact”.

Riyadh (AsiaNews) – To avoid possible contagions – and related outbreaks – of Covid-19 on the occasion of the Hajj, the major pilgrimage to Mecca scheduled from 17 to 22 July, the Saudi authorities are using robots to enforce distancing social.

In fact, machines will distribute the bottles of holy water to the (vaccinated) faithful participants, about 60 thousand according to the latest estimates provided by civil and religious leaders. A number far fewer than the 2.5 million in the past, but more than just 10 thousand who received the green light last year, when the pandemic caused fear of the cancellation of the event.

The use of small robots, black and white, for the distribution of bottles is already being introduced in these days: each will have three support trays through which faithful and pilgrims can stock up “between bewilderment and amusement”.

The purpose is to guarantee “a service, avoiding any form of human contact” underlines Bader Al-Loqmani, responsible for managing the water of the sacred spring of Zamzam, which flows in the Great Mosque of Mecca, and considered miraculous according to Muslim tradition.

Currently, there are 20 robots, but others will be added in the days of greatest influx of pilgrims.

So far there have been just under 500 thousand cases of the new coronavirus in Saudi Arabia and almost 7,600 victims. In a nation of 34 million people, health authorities have so far administered over 15 million doses of the Covid-19 vaccine. Ministerial sources explain that only “people between 18 and 65 years of age, without chronic diseases and immunized” can participate in the major pilgrimage.

Evidence of recovery or receipt of one or both doses of the vaccine must be provided at the time of application. And, for the first time, women will be able to register and apply for participation without the protection of the “mahram”, the male guardian.

Just 24 hours after online registration opened, over 450 thousand requests arrived, as confirmed by the ministry for Hajj and Umrah (the minor pilgrimage). Of these, 60% are men and 40% are women. Only 60 thousand faithful with citizenship or residence permit in the Saudi kingdom will be able to access and priority will be granted to people over 50 who have never had the opportunity to make the pilgrimage so far. Registrations must be completed by 23 June next.

Every year millions of faithful visit the sacred places of Islam in Mecca and Medina during the seven days of pilgrimage. For Riyadh it is not just a religious event, but an enormous economic inducement: it is estimated that at least 12 billion dollars related to religious tourism enter the coffers of the Wahhabi kingdom. In March last year, during the early stages of the pandemic, Riyadh asked for trips to sacred places to be suspended.

However, after a few weeks, the authorities have granted 10,000 permits to Saudis and foreigners with residence, compared to the thousand assumed at first. It is a toned down pilgrimage and, for the first time in modern times, forbidden to Muslims abroad.

The Hajj is considered one of the five pillars of Islam and every good Muslim should do it at least once in his life.  Saudi Arabia has often politically exploited permission to reach Mecca; for years the Syrians have been forbidden to travel to the Muslim holy city.

The crisis between Riyadh (Sunni) and Tehran (Shiite), still in progress between the two great regional powers, in 2016 effectively blocked the journeys of Iranian citizens to the kingdom.  In the past, Riyadh’s leadership was targeted by some imams who claimed the Saudi government used money from religious tourism to finance Islamic terrorism. 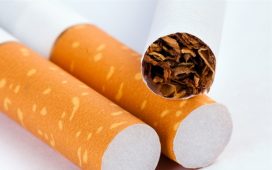 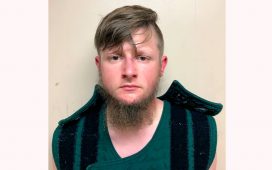 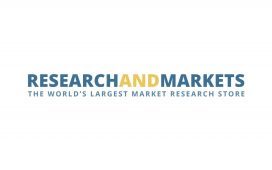