Watching meaningful movies such as Up or Slumdog Millionaire can help us feel more prepared to deal with challenges and want to be a better person, a new study shows.

Ohio State University researchers created two lists of films made after 1985 with high viewer ratings – one with meaningful and one with less meaningful movies.

They then had 1,098 volunteers watch either the meaningful or less meaningful list of movies, before filling in a survey on their thoughts and reaction to the films.

Watching meaningful films – those that we find moving and poignant – can make us feel more prepared to deal with life’s challenges, the authors found.

The team say this could explain why people turn to movies that make them both sad and happy and explore difficult subjects they may not always find uplifting.

Among the movies on the meaningful list was Stephen Spielberg’s Schindler’s List, which follows the story of Oskar Schindler, a German industrialist who saved over 1,000 mostly Polish-Jewish refugees from the Holocaust. 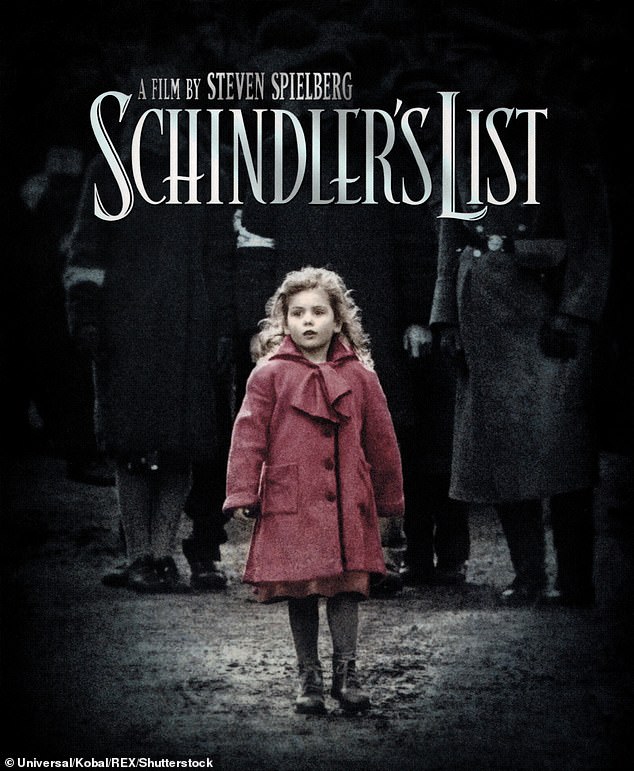 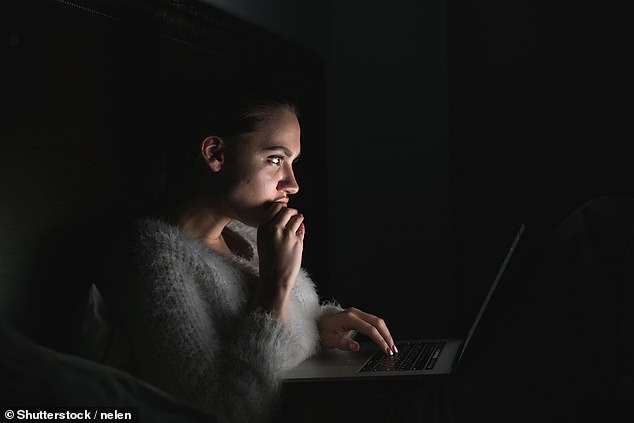 Watching motivational movies such as Up or Slumdog Millionaire can help us feel more prepared to deal with challenges and want to be a better person, study shows

Researchers found that when people recalled watching meaningful films like The Shawshank Redemption and Up, they reported a variety of positive reactions.

These reactions included being better able to accept the human condition and make sense of problems in life, study authors explained.

Those positive experiences were less likely to be reported when people thought about watching Hollywood fare like The Big Lebowski or Catch Me if You Can.

‘Meaningful movies actually help people cope with difficulties in their own lives, and help them want to pursue more significant goals,’ said Jared Ott, lead author of the study and a graduate student in communication at The Ohio State University.

While many studies have looked at how people react to watching meaningful films or clips from films in a lab setting, this research was designed to see how these films affect people in the real world, said co-author Professor Michael Slater.

‘We wanted to find out how people experience these movies in their everyday lives,’ Slater said. ‘There hasn’t been much research on that.’

To find out just how much of an impact the movies can have they made two lists, each with 20 Hollywood movies made since 1985 and with a high viewer rating.

Meaningful films, which included Hotel Rwanda, Schindler’s List and Slumdog Millionaire, were ones that user-generated lists on the movie site IMDB described using terms like poignant, inspiring and meaningful.

These films were matched with those produced about the same time and with similar MPAA (Motion Picture Association of America) ratings such as G, PG and R.

This second set of films made up the less meaningful list as they not described by users with the same terms as meaningful films. Some of these movies included Ratatouille, Fight Club and Pulp Fiction. 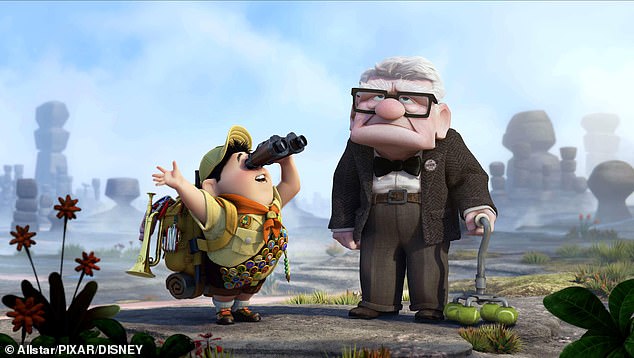 Researchers found that when people recalled watching meaningful films like The Shawshank Redemption and Up, they reported a variety of positive reactions

The study involved 1,098 adults recruited online with an interest in movies.

After being sent the list they were asked to indicate which ones they had seen.

One of the films they had seen before was then randomly selected for each participant.

That volunteer then responded to the rest of the survey in relation to that movie.

The survey asked a variety of questions about how each participant reacted to the movie chosen for them.

Results showed that people who recalled a meaningful movie were more likely than the others to say the film helped them make sense of difficulties in life.

For example, the film helped them ‘feel like struggles in life are for a reason’ and ‘more easily handle difficult situations with grace and courage.’

Meaningful films were also more likely than the other movies to help viewers accept the human condition, results showed.

Participants recalling these movies said that the film left them with the feeling that ‘both happy and sad experiences give meaning to our life’.

The team said that these movies also left the volunteers feeling that ‘gains and losses are part of life,’ among other similar statements. 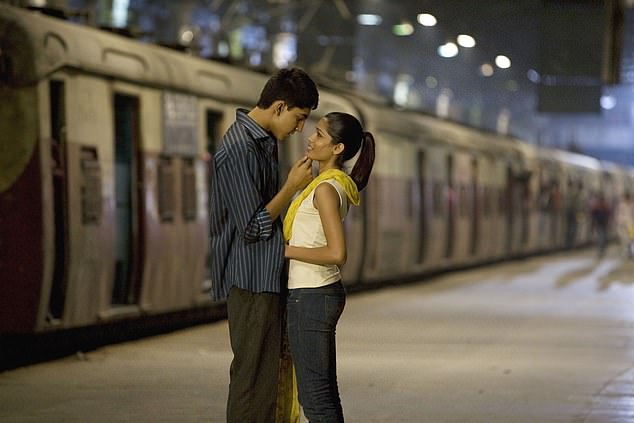 Slumdog Millionaire (2008), starring Dev Patel and Freida Pinto (both pictured) was among the list of meaningful movies 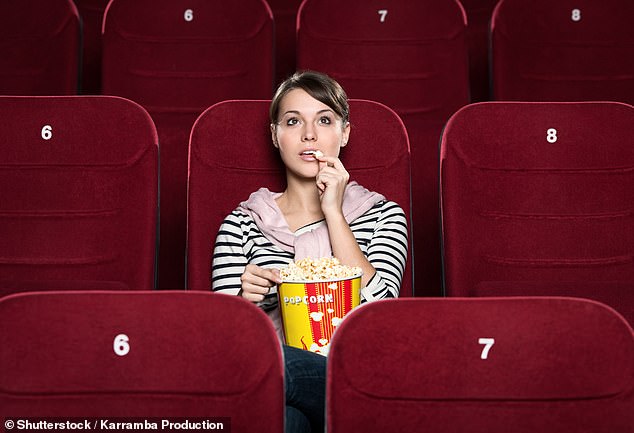 While many studies have looked at how people react to watching meaningful films or clips from films in a lab setting, this research was designed to see how these films affect people in the real world, said co-author Professor Michael Slater

The next blockbuster to grace cinema screens could be written by a computer, according to the authors of a study examining movie tropes.

They discovered that big movies tend to stick to the same core tropes, with clusters of storytelling devices appearing repeatedly.

The Spanish researchers identified over 25,000 tropes that formed 42 distinct clusters commonly found within similar genres by looking at IMDB and TVTrope data.

The team also discovered modern society was sending some once common movie tropes into steep decline, including Damsel in Distress and Racist Jokes.

Initially they plan to feed this into a machine learning model to train artificial intelligence to write dialogue for non-playable characters in an open world game.

Participants recalling the meaningful films were also more likely to say the movie motivated them to be a better person.

They were also left wanting to do good things for other people and seek what really matters in life.

The study found that the key elements of these films were:

Overall, the meaningful films did have more of these positive effects than the other movies.

But that doesn’t mean people can’t find meaning in films that are meant to be more entertaining than meaningful, the research showed.

The researchers asked participants to select up to three values from a list of 16 that they had seen represented in the film they were asked to recall.

Some of those values included ‘achievement and personal success,’ ‘love and intimacy’ and ‘courage and bravery.’

Participants then rated the personal importance of each value.

‘We found that people felt better able to make sense of difficulties in their own life when they recalled a movie that focused on values that were important to them,’ Slater said.

‘That happened even when the movie was classified as one of the less meaningful.’

The findings suggest why many people see movies as more than just entertainment, Ott said.

He added that ‘some films may help people cope and grow through difficult periods in their life.’

The research was published in the journal Mass Communication and Society.

Russia and China team up to build a moon base 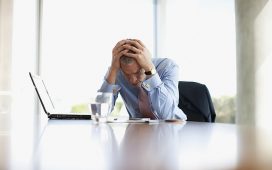