McDonald’s sales fell less than 4% in the first three months of the year, despite closures due to lockdown measures prompted by the coronavirus.

The fast-food chain took a big hit to its international business in March, when it shut outlets in the UK, France, Italy and Spain.

But 99% of its locations in the US remain open. Sales there fell just 13%.

Labour activists in the US are calling on the firm to do more to protect against the risk of infection.

A union survey of more than 800 US McDonald’s workers found that more than 90% reported that masks were scarce or unavailable, while 40% said their managers had discouraged them from wearing such protective gear.

McDonald’s worker Bartolome Perez has organised several days of protests in Los Angeles after a co-worker tested positive for the virus.

“We have not had protective personal equipment like masks to wear during work, even though we have repeatedly asked management for it,” he said in a statement provided by the union. “We don’t want to die and we don’t want anyone in our families to die because McDonald’s is putting its profits ahead of our safety.”

McDonald’s, which does most of its business through a franchise model, said it had implemented safety measures across its operations, including protective equipment and enhanced cleaning.

However, it said it was continuing to work with franchisees around the world on “operational feasibility” and withdrew its sales forecast for 2020.

“The situation remains fluid, and as the duration and scope of Covid-19 continues to evolve, it is not possible to estimate the full extent of the impact on our business at this time,” chief executive Chris Kempczinski said.

McDonald’s said sales at stores open more than a year dropped 3.4% in the first quarter, reflecting steady growth in January and February, but a 22% plunge in March.

In the US, sales dropped 13% last month, while in its international operated markets – which include Canada, Australia, Europe and the UK – they dropped 35%.

Just 45% of its restaurants remain open in the international operated unit of its business, compared with 99% in the US. For the quarter, US sales grew 0.1%, compared with last year.

McDonald’s said 98% of its restaurants in China have reopened, but remain affected by lower demand.

“There will be more challenges and difficult decisions to be made,” Mr Kempczinski said

He is taking a 50% cut to his base salary of $1.25m, while other top executives have proposed to cut their base salaries by 25% up to the end of September, with the possibility of extending that “if the situation warrants”. 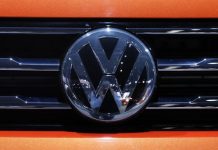 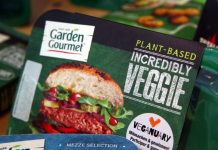