A charity whose patron is the mayor of London says the fashion charity founded by the supermodel Naomi Campbell owes it tens of thousands of pounds.

The Mayor’s Fund for London, whose figurehead is the current mayor, Sadiq Khan, says it is owed £50,000 from a pop-up shop created by Campbell’s Fashion for Relief two years ago to raise money for the mayor’s causes.

Fashion for Relief is being investigated by the Charity Commission in connection with potential misconduct and financial mismanagement. Regulators are examining payments the charity made to one of its trustees, the charity’s spending records and a range of other regulatory concerns. Fashion for Relief trustees deny wrongdoing or misconduct.

The Mayor’s Fund is furious at its treatment by Fashion for Relief after a series of events held to raise money for it, including an auction of artworks at a glamorous red-carpet fashion show at the British Museum in September 2019. The Mayor’s Fund was eventually paid a donation of £100,000 from this event.

Two months later, in November 2019, Fashion for Relief created a pop-up store on behalf of the Mayor’s Fund, selling fashion pieces by the likes of McQueen, Gucci and Vivienne Westwood in the Westfield shopping centre in west London. At the time, Campbell said money raised was “going to help improve the futures of young Londoners”.

The Mayor’s Fund said it was promised a £50,000 donation. When it had not received any of the promised cash after a year, it reported a “serious incident” notification to the Charity Commission. Charities are obliged to report to the regulator anything that damages their assets or reputation.

The Mayor’s Fund said that while it had initially been excited to work with Fashion for Relief, the relationship had become fraught when the money did not arrive: “Unfortunately, although we were delighted to receive £100k of this funding, we are still waiting for £50k,” Kirsty McHugh, the Mayor’s Fund’s chief executive, said.

“We are an independent charity supporting young Londoners from low-income backgrounds, and raise all our own income. Young Londoners have suffered massively through the pandemic and we would very much welcome receiving the remaining amount in order to benefit children and young people across the capital,” she said.

Although Khan is the current patron of the Mayor’s Fund and features extensively on the Fashion for Relief website in connection with the 2019 events, his office does not provide funding to the Mayor’s Fund charity. Each year the fund supports 40,000 Londoners aged four-24 with skills and job training.

Hellmich is a partner at the law firm QCL Associates, specialising in providing advice to high-net-worth private clients, such as Madonna. The firm’s website describes her as a “devoted philanthropist”, a trustee of Fashion for Relief and a supporter of the “Mayor’s Trust for London”.

Hellmich was approached for comment. Fashion for Relief said its partnership with the Mayor’s Fund for London through the Westfield pop-up store was to encourage direct donations to the fund, and to raise awareness of the fund’s work including campaigning for education and employability schemes for young people. It also sought to raise funds for the fund through the sale of fashion items at the Westfield store.

It said it had hoped to “donate” £50,000 to the Mayor’s Fund and still hoped to “honour the aspiration’ to do so. It added: “We also organised visits to schools, encouraged volunteers to sign up and secured the involvement of numerous fashion partners. We remain committed to helping the lives of young Londoners and supporting the Fund’s important work.”

The commission said its investigation, which may take several months, would examine whether those controlling the charity “have properly exercised their legal duties and responsibilities under charity law”.

Fashion for Relief has no full-time staff and appears to be controlled by its two trustees, Hellmich and Campbell. A third trustee, Veronica Sylvia Wing Wai Au Chou, appears to have resigned and is no longer listed on the commission’s website.

The commission has the power to close down a charity in the event of wrongdoing, and can ban individuals from holding trustee positions. 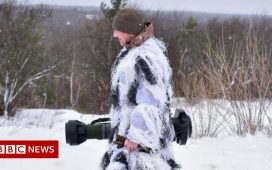