NEWSCABAL > europe > 'Maybe we will reach the UK or maybe we will die in the sea,’ say asylum seekers
europe


The call came on Tuesday night in Iran. “A friend of mine in the UK, who had crossed the Channel a week ago, told me some people from Sardasht had died in the water,” says Hawkar Iran Nezhad. “Then he told me the names.”

The latest of almost 300 asylum seekers to die crossing the Channel over the past two decades were his cousin Rasul Iran Nezhad, his wife, Shiva Mohammad Panahi, both 35, and their children: Anita, nine, Armin, six, and 15-month-old baby Artin, who is still missing.

He got no sleep that night. “First I talked with Ali, Rasul’s elder brother, in private. Our hearts were exploding, thinking how we should tell the family, especially Rasul’s mother and father.”

They dialled contacts in Europe until 4am, when it was clear their relatives were the ones who died. “We had no option but to reveal it to the family,” he said. “We could not stop crying, and told the parents and others at around 7am. It was like bomb – everyone started crying.”

On Thursday morning, the family announced the deaths “with great grief” in a notice shared across their social media networks, citing “a sea incident in France” for their passing. Due to coronavirus there would be no public prayer ceremony at home or the mosque, it added.

The tragic death of the Iranian family in choppy waters on Tuesday morning is also reverberating among asylum seeker communities in France, though it may not deter future attempts. On Thursday, 50 or so asylum seekers gathered on the edge of a football field about 30 minutes’ walk from the Calais refugee camp, which French police dismantled last month to try to prevent the deadly Channel crossings.

“Everybody has been talking about the Kurdish Iranian family all day,” one man said. “But unfortunately our attitude about the sea is, ‘Maybe we will reach the UK or maybe we will die in the sea’.”

In Sardasht, the north-western Iranian city that the family had left in the summer to begin their journey to the UK, the rest of the Nezhad family struggled to comprehend their loss.

Rasul Iran Nezhad’s cousin explained that he had wanted a way out from an already struggling economy where poverty rates were soaring and life was difficult for a Kurdish Iranian.

“He had no sustained job here, some days did daily labour, other days something else only to feed the family,” he said. “He was in an extremely bad situation here and went to reach for a better life in the UK. Most importantly it was due to poverty.”

“The only valuable thing he had here was a house, he sold that to pay the smugglers,” his cousin Jalal Iran Nezhad told the Guardian by phone from a small prayer ceremony at Rasul’s parent’s home in Sardasht, over wails of grief and the readings of funerary passes of the Qur’an.

“His spent the last of his money to pay the smugglers to cross them from the Channel to the UK.”

Their family was devastated by the news. “We don’t know which one of them should we cry for. Which one we should be praying for,” he said. “We are grieving for five people who we used to see each day here.”

Jalal Iran Nezhad had been in contact with his cousin until the final days before his journey. “In France they called me and said, ‘It is so dangerous to get into the UK, but we don’t want to give up as we can see the UK, and it’s near to us.’ But, sadly, smugglers are playing with the lives of so many people there.”

“At the last minute as they were getting on the boat, Rasul called his sister and said, ‘We are OK here, getting into a boat, pray for us. We’ll call you as soon as we reach the UK. Don’t worry we have almost accomplished our journey.’”

Authorities in France said the overloaded boat did not even make it out of French waters before it sank near Dunkirk, with 15 survivors pulled out alive. Rasul drowned in the water, according to accounts by officials, and his family were pronounced dead shortly after they were taken from the water.

Iranian-UK groups have signed an open letter calling for changes to current immigration policies to allow asylum seekers to reach the UK safely.

“No one should be forced to take such a dangerous journey. Iranian nationals fleeing persecution cannot access safe and legal routes to the UK, forcing them into the hands of criminal gangs and perilous journeys that span continents,” the letter said.

It is unlikely to be the last crossing attempt, nor the last asylum seeker death in the Channel.

“I have not heard anybody say they will stop trying to cross because of the tragedy on Tuesday,” said one asylum seeker in Calais. “It is particularly tough to hear about the children who died. We are making a choice about crossing but they did not make that choice.” 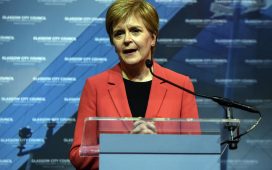 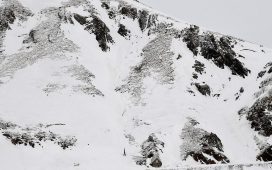 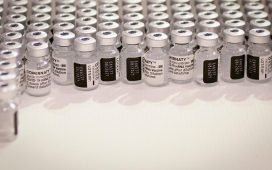