Mauricio Pochettino is finally back in management after he was confirmed as the new boss of Paris Saint-Germain on Saturday.

The 48-year-old, who has been out of the game since being sacked by Tottenham in 2019, has put pen to paper on a year-and-a-half long contract with the French giants, who he represented as a player.

Pochettino will no doubt be relishing the opportunity to take charge of one of Europe’s elite clubs.

And he may well soon be on the phone to his compatriot Lionel Messi to try to convince him to join him in Paris.

Messi is now free to talk to clubs outside Spain about a summer move, with his contract at Barcelona expiring at the end of the season.

He has been linked with a move to the United States in recent weeks, but joining up with Pochettino and attempting to win the Champions League again is a challenge which would well entice him instead.

And Pochettino has made no secret in the past on his desire to one day work with the six-time Ballon d’Or winner – albeit his plan was to do so at Argentinean club Newell’s Old Boys.

“I can still wait, [for an opportunity] and the best [possible scenario] would be in 10 years with Messi.”

The scenario may well have arrived earlier than he expected, with PSG one of the only clubs in world football who would be able to afford Messi’s mammoth wages.

Pochettino was also unable to hide his admiration for the player ahead of his Spurs side’s Champions League game against Barcelona in 2018.

He said: “I am going to say to the players: ‘Enjoy playing against Messi, because you are going to have the opportunity to play against one of the best players in the history of football’.

It is quite clear, then, that Messi going to PSG is something which would be of huge interest to Pochettino.

Now it is down to Messi to decide exactly where he sees his future in what will be an intriguing few weeks of decision-making. 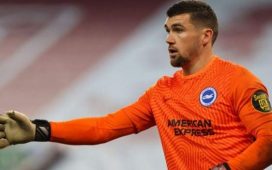