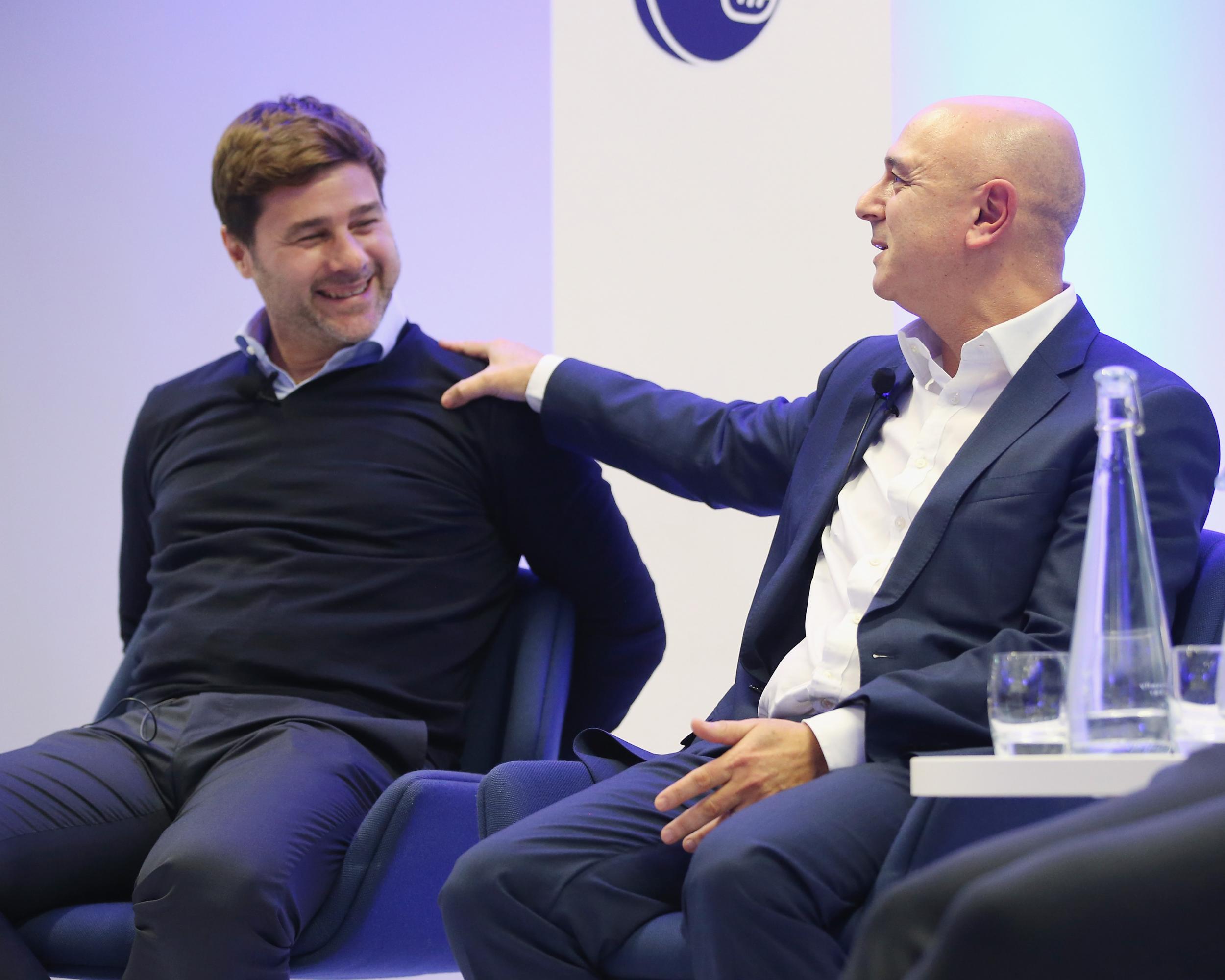 Mauricio Pochettino has spoken tongue in cheek about his conversations with Daniel Levy joking that the Tottenham Hotspur chairman is “concerned” and “worried” about losing him as manager.

The Argentine has been repeatedly linked with a switch to Real Madrid or Manchester United and qualification to the knockout stages of the Champions League following the 1-1 draw in Barcelona on Tuesday has only increased speculation.

Now relaxed Pochettino, who signed a new five-year contract in May, has addressed the matter insisting his chairman has nothing to worry about even though he told how that prospect was making Levy “jealous.”

“Daniel does not laugh,” he said. “I know it gets boring but he maybe is worried, he is concerned. It is normal. It is not nice for Daniel to hear all that history of course.

“Do I have to reassure him? No. It is like in football when the sporting director or president says ‘no, the manager is going to be here and we trust in him’ and next game OUT.  If you reassure something it is because you are thinking different things.

“He is a worry man because he is jealous about me! It’s normal, no, because of the rumours.”

Pochettino’s mood reflected the spirits at Tottenham following the successful trip to the Nou Camp in a season hindered by continued delays to the new White Hart Lane.

Levy is bearing the brunt of supporter criticism but Pochettino has told of his tireless work to bring a swift conclusion to the return home.

“The chairman is suffering a lot,” he said. “He is so tired about work. The last few months he didn’t sleep because he is trying to deliver the stadium.

“He is trying to make everyone happy but it’s a massive project. I think people don’t realise the magnitude of the project and how difficult it is to manage everything.

“Everyone is disappointed because we are still not playing there but the day we move everyone is going to realise how massive the project was and how good the facilities are.

“It doesn’t just depend on him. When you build something, you depend on many companies. I think it’s more than 20 that are working there. It’s so, so difficult.

“That is why I think he needs to feel the love from the fans and the club. He is working so hard. Too hard, to leave a legacy forever. And I think that’s fantastic.

“When you compare the new stadium to other stadiums, we are going to be so lucky to play there.”

Levy has a reputation for being a difficult character but Pochettino has defended him and believes that he has a big heart.

“After four and a half years we have shared a lot of different moments,” he said. “He is not an easy man. But he is so passionate to create some things for the fans and the staff and the players.

“It is not for him. One example – he built the hotel here. The Lodge. It’s a five-star boutique hotel. I asked him when he is going to sleep there and he said: ‘No, no, no. Not for me. That is for you and the players.’

“He is always thinking to do things for other people. And of course, for the fans. That is a fantastic thing but the people sometimes struggle to understand.

“The team wins and the praise is for the players, the coaching staff or the manager. When lose, the first is him that the people blame – sometimes deserved! Sometimes, no. I think he deserves a fantastic recognition because what he’s doing, him and the board, is a fantastic thing for the club and it’s going to be there forever.”