She never fails to put on a stylish display during glamorous night’s out.

And Maura Higgins certainly danced the night away as she enjoyed a boozy evening with TOWIE star Jess Wright on Saturday.

The Love Island star, 29, took to Instagram Stories to share a series of sultry videos from her wild night out as she partied with her reality TV pals at MNKY in London’s Mayfair. 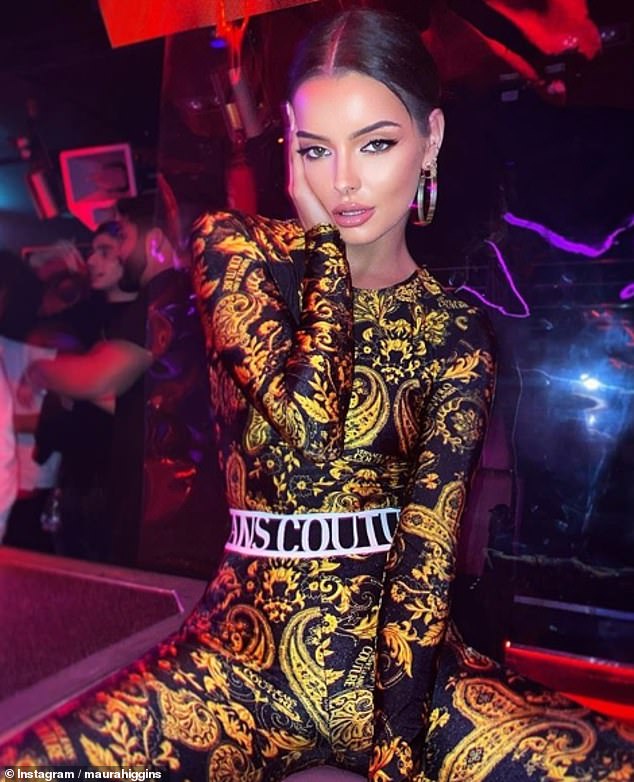 Party girl: Maura Higgins, 29, danced the night away as she enjoyed a wild night out with TOWIE star Jess Wright at MNKY in London’s Mayfair on Saturday

In her fun videos Maura posed with Jess as they enjoyed a fun-filled evening together, with the Essex beauty putting on a leggy display in a white satin mini dress.

As ever Maura ensured that all eyes were on her by donning skintight black and gold printed co-ords to perfectly accentuate her physique.

The ensemble also featured a scooped neckline and a white and black belt strap while Maura added height to her frame with a pair of black heels. 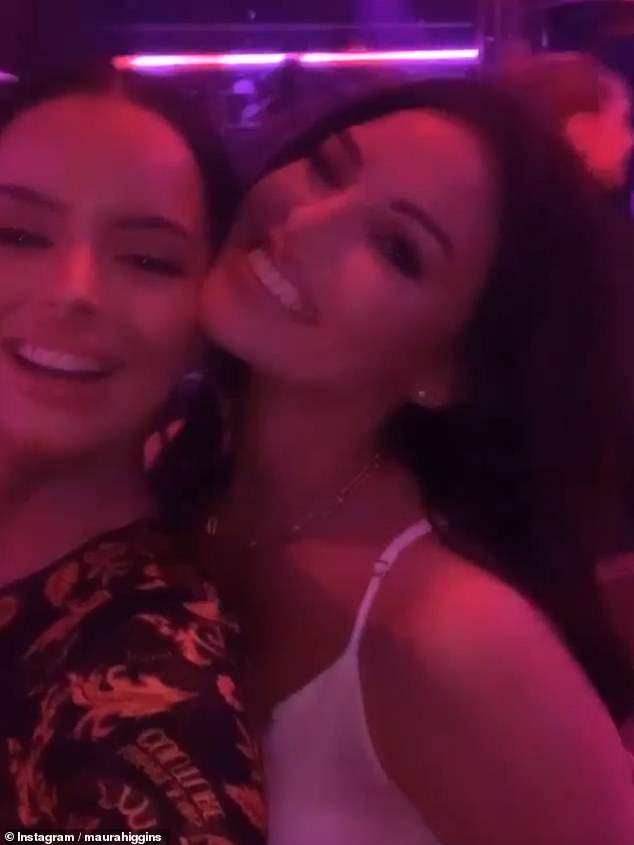 Pals: The Love Island star shared a glimpse of the fun-filled evening on her Instagram Stories as she posed with the reality TV star 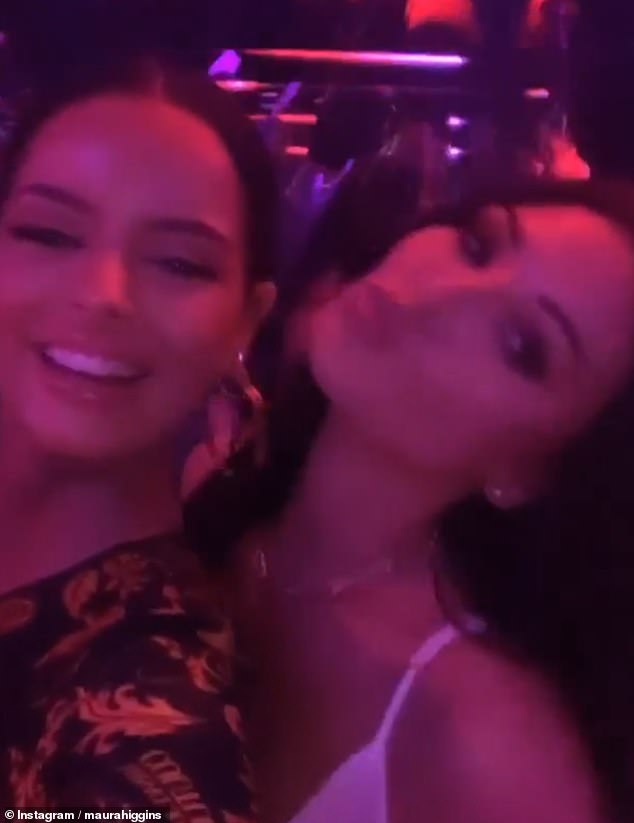 Fun: Jess was clad in a white satin mini dress as she danced around with Maura in her videos

Maura carried a black handbag with her for the outing while she added to her look with a pair of gold earrings.

The TV star completed her look for the evening by styling her brunette locks into a chic up-do, as she was seen arriving at the London hot spot with her pals.

READ  Emmy Rossum's Shameless Exit: Inside Her Decision to Walk Away From the Showtime Hit

Maura’s outing comes shortly after her ex Curtis enjoyed a night out with his former Love Island flame Amy Hart, 28. 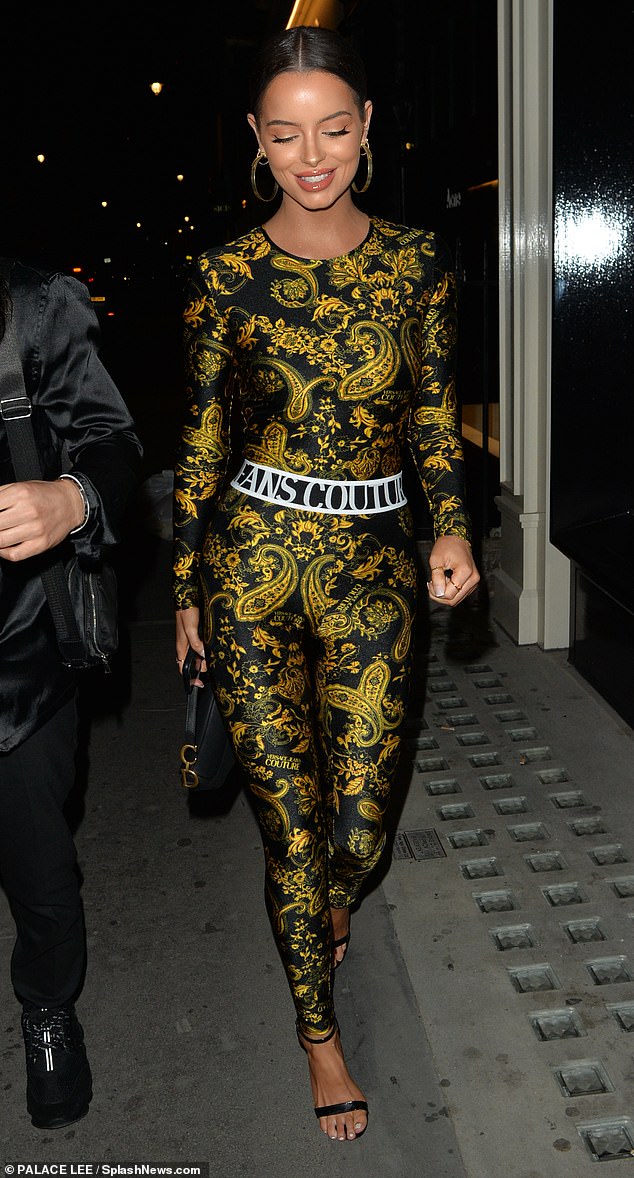 Confident: As ever Maura ensured that all eyes were on her by donning skintight black and gold printed co-ords to perfectly accentuate her physique 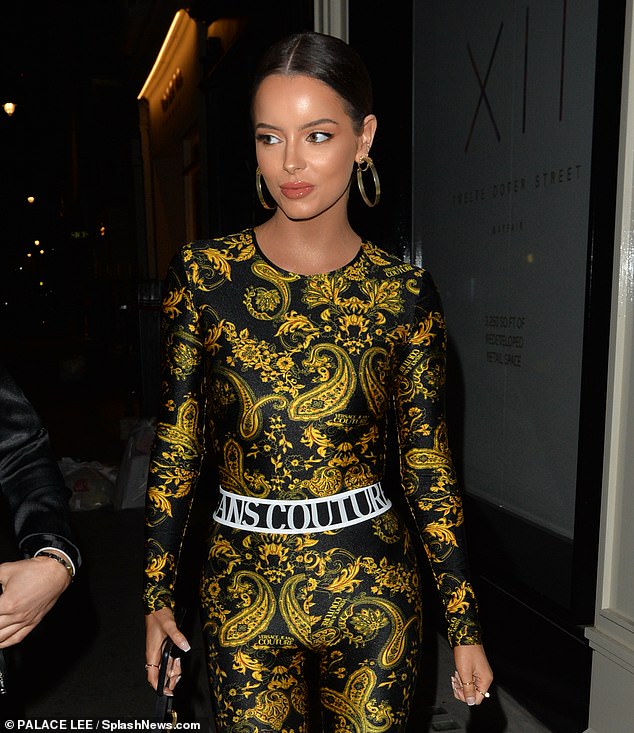 Outfit: The former Love Island star made a stylish arrival to the venue in the form-fitting look

Looking good: The two-piece also featured a scooped neckline and a white and black belt strap while Maura added height to her frame with a pair of black heels 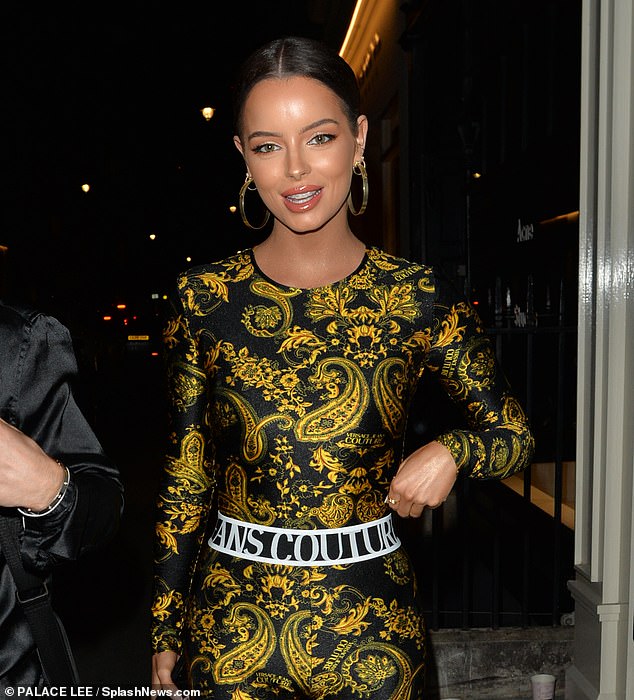 Wow; Maura carried a black handbag with her for the outing while she added to her look with a pair of gold earrings

The blonde beauty cosied up to Curtis, 24, in a sweet snap captioned: ‘Nostalgia babes x’, five months after his split from Maura.

Curtis also posted a snap of the pair, captioned: ‘Good to see you x @amyhartxo.’

In the wake of the reunion Amy has now re-followed her ex Curtis on Instagram.

Curtis, a professional ballroom dancer with a talent for tango, left Amy devastated after he started to chase after single Islander Jourdan Riane while Amy was away in Casa Amor.

Gorgeous: Maura’s standout ensemble highlighted every inch of her toned physique as she headed out for the evening 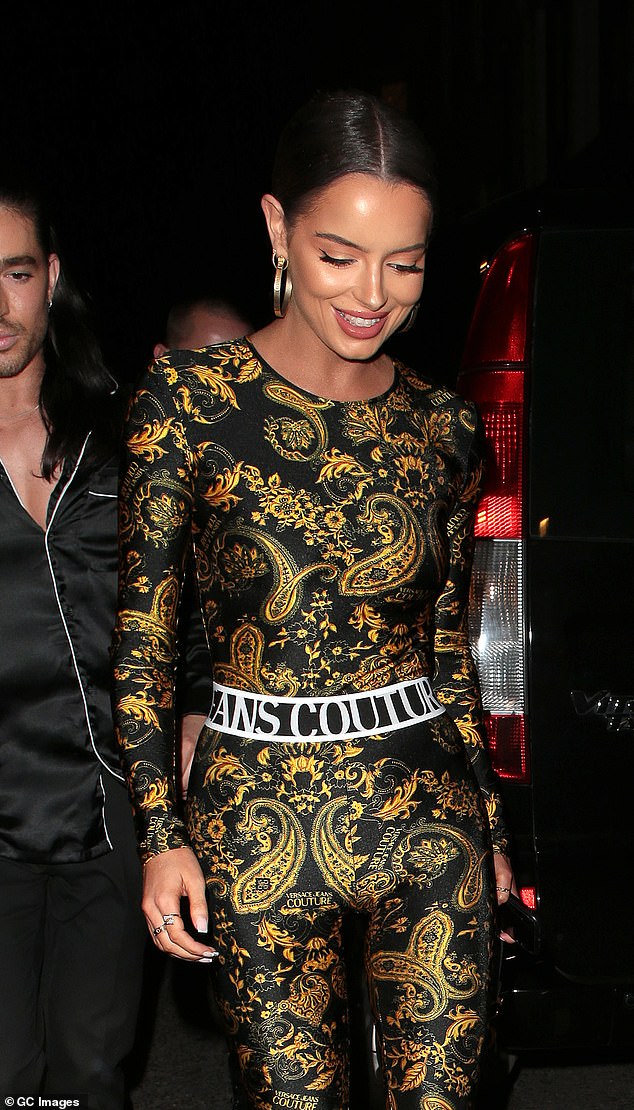 Confident: She opted for a dramatic bronze smoky eye and her glossy brunette tresses pulled back into a low bun to allow her outfit to take centre stage

Former air-stewardess Amy then told producers she wanted to leave the summer series, after her ‘half-boyfriend’ split with her and began to chase after Islander Maura.

Maura split from the professional dancer in March just eight months after leaving the Love Island villa when speculation surfaced that he was getting overly friendly with dancer Amber Pierson, 21.

Amber and Curtis have since confirmed their romance when they were seen passionately kissing earlier this month.

Speaking to The Sun’s Fabulous, she said: ‘Everything happens for a reason and, to be honest, I wish him all the best.

‘I’m in a good place now. It’s not nice to see, but I’m fine. It’s kind of a kick in the teeth that I’ve been cheated on by my last two boyfriends, but I will be stronger for this.’ 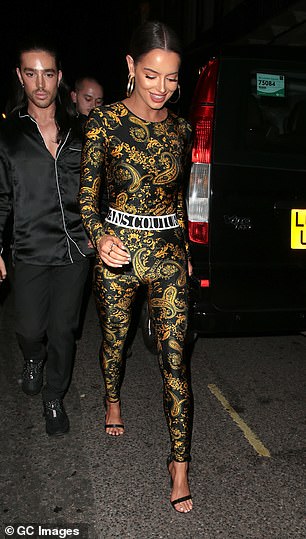 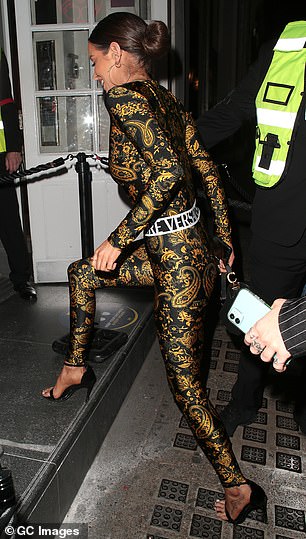 Jaw-dropping: As she headed out with her male pal Maura certainly turned heads as she headed into the HSE club 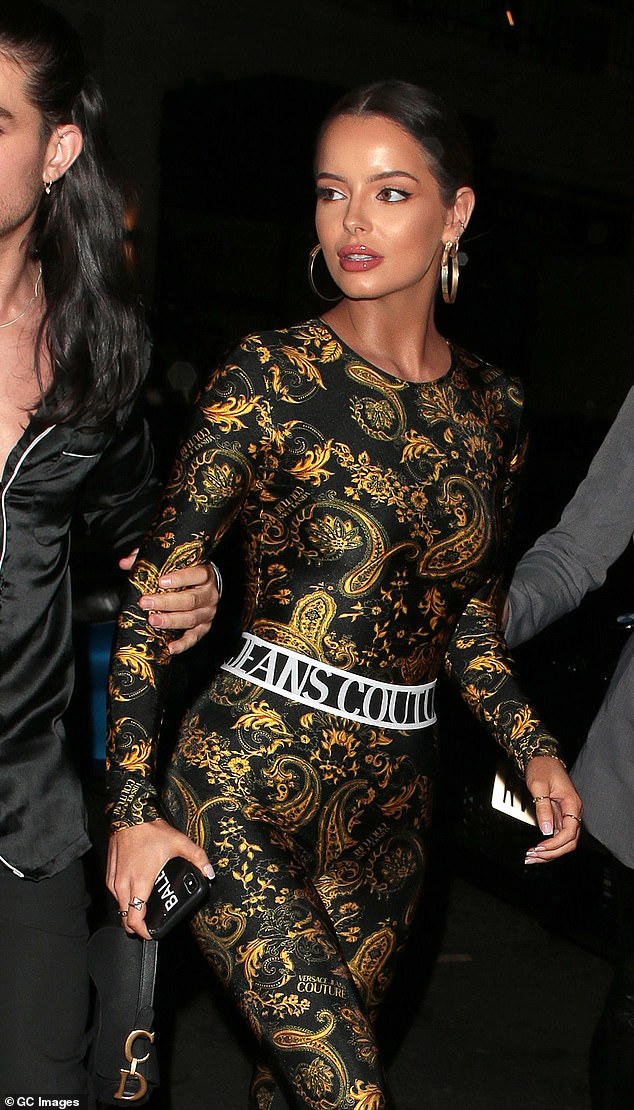 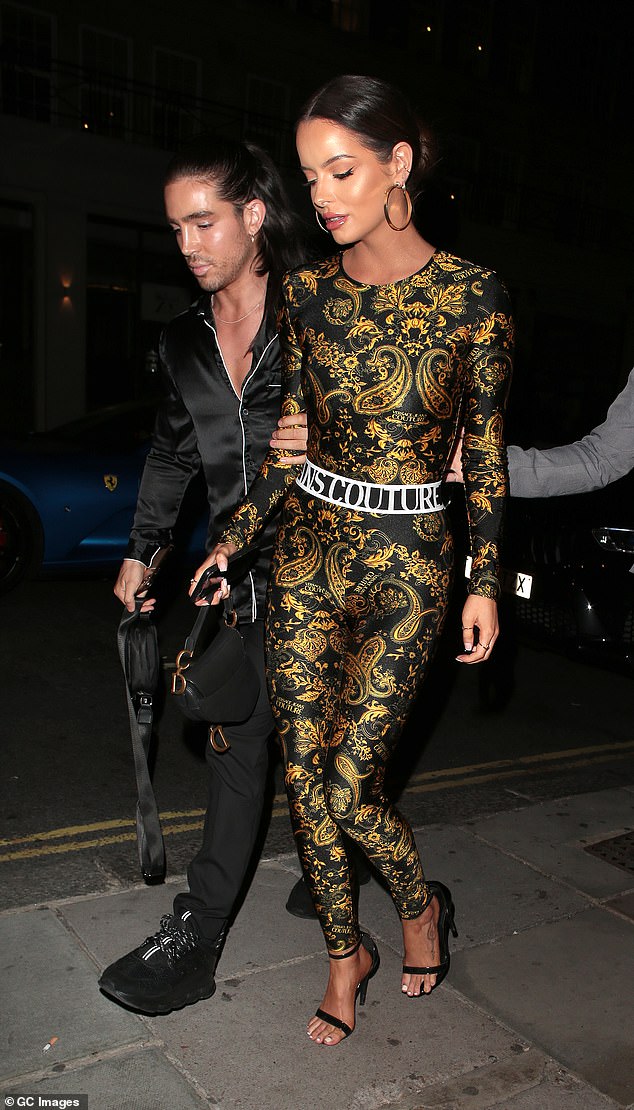 Beautiful: The daring paisley-printed look certainly commanded attention as Maura headed out for the evening 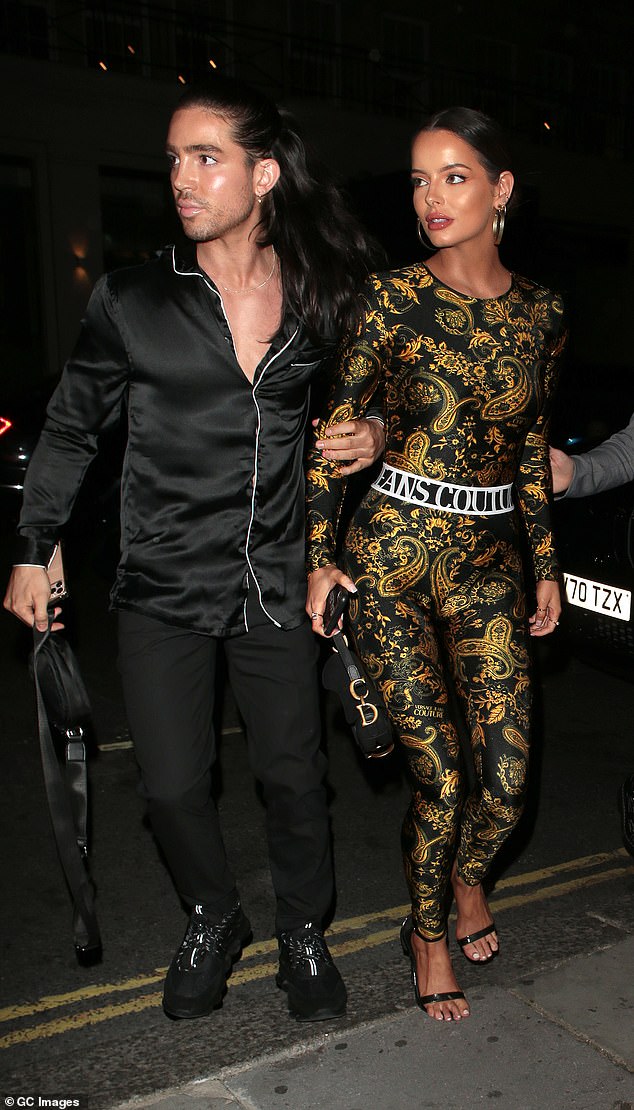 Confident: Maura rose to prominence when she appeared on Love Island in 2019

The Irish beauty explained that their relationship began to crumble hours after her first performance on Dancing on Ice when Curtis was pictured in a clinch with a girl at a New Year’s party.

Reflecting on that time, she wished she had tackled the allegations head-on but was so focused on her first skate that she ‘didn’t want to make it an issue’.

She added: ‘I tried to brush it aside and maybe it was the worst thing that I could have done. If I hadn’t, I probably wouldn’t have performed my first live show as well as I did but, looking back, in my gut I knew that there was something.’

Maura’s comments come after Curtis was pictured putting on a very cosy display with Amber, who he previously denied cheating on Maura with, earlier this month. 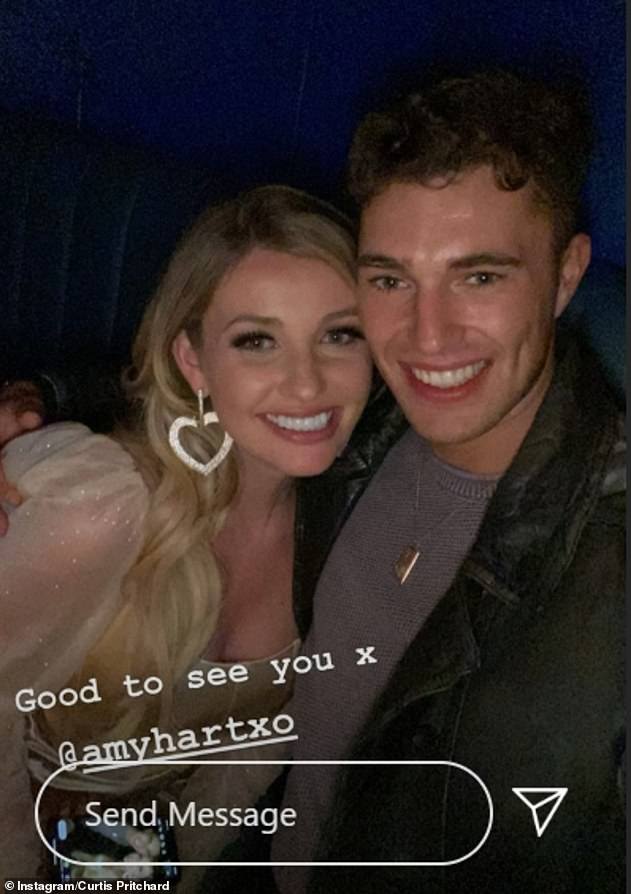 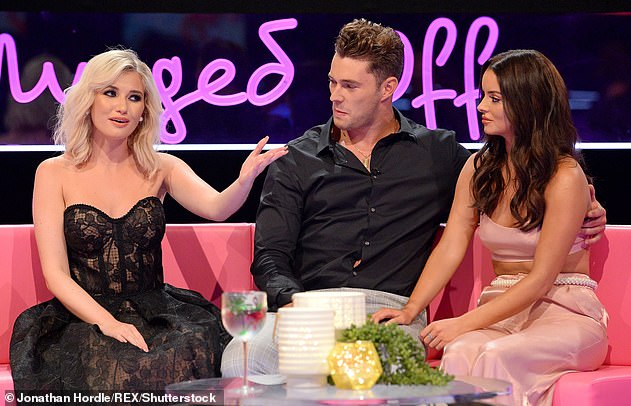 Exit:  Amy told producers she wanted to leave the August series, after her ‘half-boyfriend’ split with her and began to chase after Islander Maura  (pictured August 2019)

The Love Island star and dancer walked arm-in-arm and stopped to share a kiss as the enjoyed an evening stroll.

After the images were revealed, a source close to Curtis’ ex told MailOnline that it was a ‘massive kick in the teeth’.

At the time of their split, friends of the former couple insisted that Curtis did not cheat on Maura with Amber. 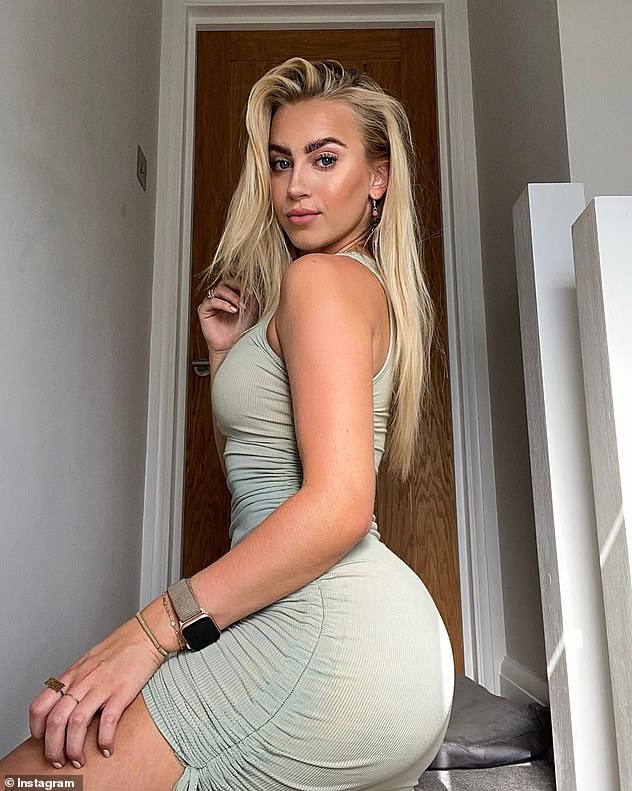 Jim Parsons Details His Coronavirus Experience That "Defied The Descriptions"