After Health Secretary Matt Hancock was pictured kissing a married woman he’s accused of having an affair with, people in his constituency of Newmarket blast their MP and call for him to be fired 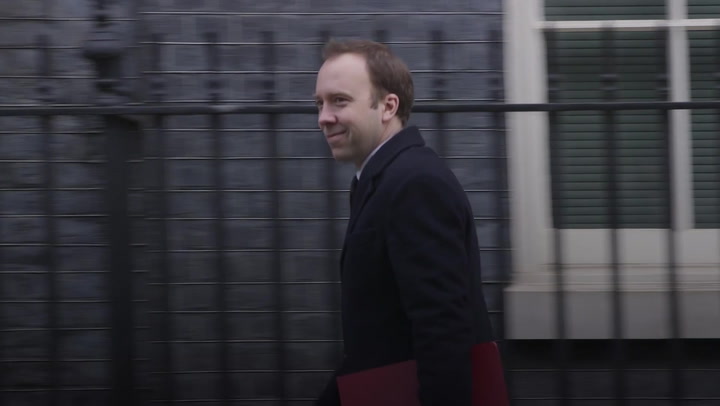 Builder James Bradley, 60, said: “I have never liked Matt Hancock and I always thought he wasn’t fit to be an MP.

“He’s accepted here but his track record is pretty dismal and he’s not of the calibre to be in the cabinet.

“If I was PM I would certainly fire him and relegate him to the back benches.

“I’m surprised he’s survived but I understand why – Boris needs him and there’s no one else he can trust.

“The fact of the matter is that standards have fallen in politics.”


Curtis Morley, 29, said ‘it’s one rule for them and another rule for everyone else’
(

“MPs are meant to be leaders and they expect us to stick by the rules.

“Hancock should get the same fine or punishment that would be given to a member of the public.

“Just because he’s high profile doesn’t make him any less accountable. This undermines trust in the Government.

“I definitely wouldn’t vote for him, he’s not a leader and he’s shown signs of deception.”

Nevill King, 32, said ‘there needs to be some sort of punishment’
(

“But I don’t think Boris is in any position to tell him off, it would be the pot calling kettle black.

“They want the public to toe the line and do what we’re told while they don’t practise what they preach.

“If Hancock’s going to be sacked it should be for his bad management of Covid.”

Builder Neville King, 32, said: “Matt Hancock – you can’t do that. At the end of the day it’s not right.

“We are all human but we also need to be accountable for our actions.

“How’s he going to tell me to social distance when he’s been pictured cuddling someone’s wife?

The Health Secretary with wife Martha
(

“There needs to be some sort of punishment and he needs to come under pressure.”

“We have all made sacrifices, I haven’t seen my grandparents for a year and a half.

“What he’s done is laughable and shows what this Government is like – that everything they say they don’t actually believe.

Gina Coladangelo is an aide to Matt Hancock
(

“I won’t be voting for the Conservatives because I don’t like them.

“They want to make the rich richer and the poor poorer.”

Roofer Curtis Morley, 29, said: “It’s unacceptable because we’ve all been social distancing while he’s doing that.

“I’ve had to stop working for six months because of the lockdowns and I had to isolate for two weeks.

“Obviously if we are following the rules then he should as well.

“It’s one rule for them and another rule for everyone else.

“I have never voted before but I will vote at the next General Election because these idiots keep getting into power.”