Matt Hancock jumped before he could be pushed tonight as his rule-breaking clinch with an aide finally came home to roost.

The Health Secretary resigned after being caught breaking social distance rules in an office embrace with ex-lobbyist Gina Coladangelo.

It is understood she also quit her non-executive director role at the Department of Health tonight.

Mr Hancock, 42, quit after a day of Tory colleagues putting the boot in.

In a letter to PM Boris Johnson he apologised, saying he did not want his private life to distract attention from the fight to beat Covid.

Mr Hancock also released a video statement on Twitter accepting he was in the wrong – and pledging to back the PM from the backbenches.

Mr Johnson – despite branding him as “f***ing hopeless” last year – replied: “You should leave office very proud… I believe that your contribution to public service is far from over.”

Labour leader Sir Keir Starmer tweeted: “Matt Hancock is right to resign. But Boris Johnson should have sacked him.”

The writing was on the wall for Mr Hancock as a string of Tories laid into him and Labour’s Jonathan Ashworth branded him and the PM a “danger to the public”.

Former Work and Pensions Secretary Esther McVey had led the charge, saying: “If it had been me I’d have resigned. I’m hoping Matt Hancock is thinking the same thing.”

Politicians of all shades were furious at Mr Hancock’s rank hypocrisy. Bereaved families of Covid victims had demanded he go.

His clinch broke social distancing rules he insisted the public should follow.

He repeatedly preached the “protect the NHS” mantra and was damning of adviser Prof Neil Ferguson when he, too, breached rules last year.

Mr Hancock’s embrace – ironically after he had warned the public to hug carefully – was caught on office CCTV on May 6.

He and Ms Coladangelo were also pictured at a restaurant on May 23.

Labour piled pressure on the Department of Health to reveal why Ms Coladangelo got up to £1,000 a day from taxpayers.

She was paid £15,000 as non-executive director of the DHSC board which meets quarterly and requires members to work another 11-16 days a year.

It has been reported that she accompanied Hancock to a meeting of G7 health ministers in Oxford on June 3 and 4, an event that involved a dinner and overnight stay.

Angela Rayner wrote to DHSC permanent secretary Chris Wormald demanding he reveals how Ms Coladengolo was recruited – first as Mr Hancock’s aide, and then to the board.

Labour’s deputy leader said: “Matt Hancock has broken the ministerial code and is treating the public like fools. We need to know how this appointment was made and whether any conflicts of interest were declared.”

Labour had launched a petition urging the PM to “sack Matt Hancock.”

His resignation came as he was at his Suffolk constituency home today – while wife Martha, 44, was at the family house in London.

Ms Coladangelo has left the £4.5million home in Wandsworth, London, she shares with Oliver Bonas founder Oliver Tress, 54, and their three children.

Mr Hancock’s office and Ms Coladangelo were contacted for comment. 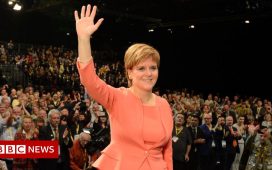