Previous experience of managing in the Europa League had better be included in the job description for the next Tottenham boss.

Tottenham’s faint Champions League hopes have been all but extinguished by this damaging loss and they are seven points off the top four with just three games remaining.

Yet a defiant Ryan Mason refuses to be pessimistic about the club’s future and insists Jose Mourinho’s permanent successor will inherit a squad full of quality.

The caretaker Spurs boss is adamant the next manager has the players to be successful.

“Absolutely,” he said. “There are some great characters. It’s a big squad, it’s a very good squad as well. There are definite tools to work with for next season.

“I’m sure, the chairman, the board and the football club will have a long, hard think about the direction the club want to go.

“I think looking at the bigger picture and discussions like that need to happen over the summer. My focus has to be on the next game and the training week to prepare us.

“Our focus has to be on the next week, the next game, and then I’m sure those conversations will happen in the summer.”

One of the players the new man will inherit is Dele Alli and Mason was not exactly gushing in his praise for the playmaker’s performance.

Alli laid on Son Heung-Min’s goal and set up Harry Kane’s toenail offside effort, which was disallowed by VAR by a margin so narrow no-one could see it.

It was a commendable display in the eyes of most of those watching, but Mason was measured in his praise.

He said it was Alli’s job to make assists and challenged him to keep working hard because of the competition for places.

“He created a moment, which created a goal for us in the first half,” he said. “As a No 10 that’s part of your job, that’s what you need to do in the attacking third of the pitch.

“I’ve said all along we’ve got many attacking players competing for places so it’s a good training week coming up.”

Spurs’ defending was dire in the face of Leeds intense pressing and they could not even do the basics like track runners.

They lacked desire and Eric Dier, Serge Aurier and Sergio Reguilon were off the pace.

Instilling some character into Spurs defence will be high on the new manager’s to-do list behind hanging on to Harry Kane.

Leeds caught Spurs on the break to seal a deserved victory when Rodrigo scored only his fourth goal since his club record £26million switch from Valencia.

Marcelo Bielsa, who righty hailed the performance as one of Leeds’ best of the season, was delighted for Rodrigo after a difficult first season because of coronavirus and injury.

“Rodrigo is a vital player for us,” he said. “It’s down to all of us to help him perform to the levels he is capable of after the time he has spent without playing.

“He played half an hour against Brighton, 45 minutes with the Under-23s and he came on here today. After each appearance, he has played better than he did in the previous game.

“It’s important we see the richness he has. He’s a player, who can find solutions in games.” 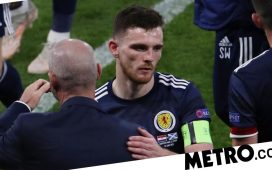 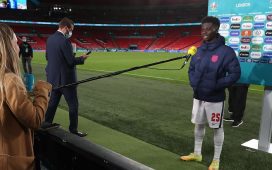