Mason Greenwood is set to be rewarded for his hugely promising pre-season and start to the Premier League campaign by being offered a new contract worth £25,000-a-week by Manchester United .

The 17-year-old forward impressed during United’s tour of Asia this summer, scoring in the 4-0 win over Leeds and 1-0 victory over Inter Milan, and generally looked like an exciting young prospect.

He has also come off the bench in each of United’s four Premier League games this season, and following the sale of Romelu Lukaku to Inter and Greenwood is expected to get further opportunities in the first-team this season.

According to The Athletic talks have already begun over a new contract for the player even though he only signed a deal last October.

Due to his ever-increasing presence in the senior squad it is thought Greenwood’s party will negotiate a basic wage of around £25,000-a-week as well as increases for games played and appearance fee bonuses.

He is not expected to be the only young player to sign an improved contract too, with the likes of James Garner, Tahith Chong and Brandon Williams also likely to be offered improved terms.

Ole Gunnar Solskjaer has been singing the praises of Greenwood since the summer, and it is expected he will start matches in the Carabao Cup and Europa League for United.

Speaking in June, Solskjaer said: “I think with his movement and his cleverness, he’s going to be a very good player, the young boy.

“He must stay clear of injuries, be professional and I’m sure he’s going to grab his chance. Everything is there for him.”

Greenwood was called up to the England U-21 squad for the first time this week, and he could be involved in the Euro qualifiers against Turkey on Friday and Kosovo on Monday.

Zamboni driver gets his own Hurricanes' shirt 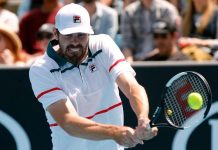