Martin Margiela, the 'Banksy of fashion', hints at return


A decade after he disappeared, the man they called “the Banksy of fashion” has teased a comeback.

In a new documentary, Martin Margiela: In His Own Words, director Reiner Holzemer asks the legendary designer if he has “told everything you want to tell in fashion?”, to which the designer says: “No.”

The remark came 10 years after the Belgian designer sensationally quit his own company in 2009 and disappeared into obscurity.

So will he ever return to fashion? “I don’t think he’d ever go back as the main designer of a house,” says Holzemer. “But I could imagine if a big fashion house wants a Margiela line made by the master himself that could happen.”

The director says Margiela was exhausted by the industry by the time he retired. “He was sick of the system, of having to do so many collections a year. After he left, he suffered physically and it took him a year to recover from the stress.”

No official photograph of the designer has ever been released and he has, until now, refused all interviews. Holzemer’s film is heavily narrated by Margiela but you never see his face, just tantalising shots of his arms and hands. “We had to put it in the contract that he would never be seen”. An early edit featured photographs of the young Margiela but the designer “made it clear he didn’t want them in.”

In the film, Margiela sheds light on his shunning of the spotlight. “Anonymity for me was a protection,” he says. “I knew I had to protect myself and my collections”. He said he didn’t like the idea of being a celebrity. And yet it played to his advantage, adding to the mystique of his label. As his former boss Jean Paul Gaultier says; “he never showed himself – that’s extremely powerful.” And that hasn’t changed. “He wants to live a normal life,” says Holzemer. “He wants to go to a cafe in Paris and not be recognised.” A typical day for him will include working on his art projects and looking after his elderly mother. “He likes to be on his own.”

In an era of superstar designers like Gianni Versace and Vivienne Westwood, he stood out for his anonymity. He also stood out for his influence. “Everyone is influenced by Maison Margiela,” Marc Jacobs told Women’s Wear Daily. “Anybody who’s aware of what life is in a contemporary world is influenced (by him).” Alexander McQueen called his designs “modern classics”.

His clothes, which exposed linings and stitchings, were likened to pieces of art. Signatures pieces included cloven-hooved footwear and tops that resembled a dressmaker’s dummy. The documentary touches on the fact he made sustainable fashion before sustainable fashion was a thing. He made tops out of repurposed plastic bags, jumpers featuring bits stitched on broken plates and tops made entirely out of gloves.

His twin obsessions, oversized clothes and the construction of dressmaking, is still evident in modern designers like Balenciaga and Thom Browne, who mix extreme attention to detail with a knowing sense of humour. All Margiela’s clothes came with a famous white “ghost” tag, featuring nothing but four white stitches.

Martin Margiela: In His Own Words, which made its debut at Doc NYC festival last week, comes at a time when fashion documentaries are going through a golden age. Just this year we’ve had Very Ralph, Wonderboy about Balmain’s Olivier Rousteing, House of Cardin about Pierre Cardin and Chiara Ferragni: Unposted about the influencers behind The Blonde Salad. A UK release date is yet to be decided. 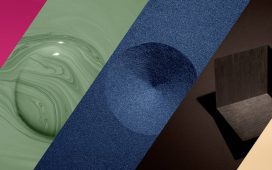 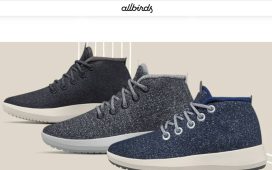