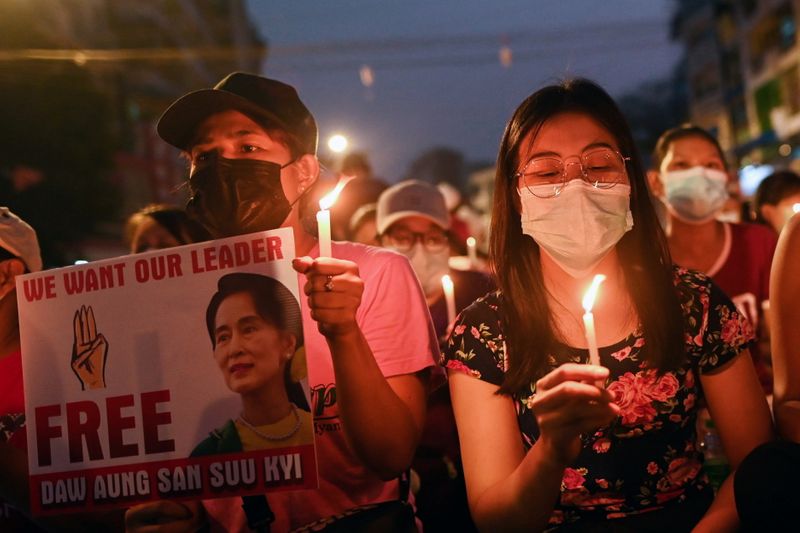 (Reuters) – Myanmar activists planned more anti-coup rallies on Monday, a day after at least 39 people were killed in clashes with security forces in the commercial hub of Yangon where Chinese-financed factories were torched.

Security forces killed at least 22 pro-democracy protesters in the Hlaingthaya suburb of Yangon on Sunday, an advocacy group said.

A further 16 protesters were killed in other places, the Assistance Association for Political Prisoners (AAPP) said, as well as one policeman, making it the bloodiest day since the Feb. 1 coup against elected leader Aung San Suu Kyi.

Martial law was imposed in Hlaingthaya and in the Shwepyitha districts of Yangon, state media announced.

The Chinese embassy said many Chinese staff were injured and trapped in arson attacks by unidentified assailants on garment factories in Hlaingthaya, and that it had called on Myanmar to protect Chinese property and citizens. China is viewed as being supportive of the military junta that has taken power.

As plumes of smoke rose from the industrial area, security forces opened fire on protesters in the suburb that is home to migrants from across Myanmar, media and witnesses said.

“It was horrible. People were shot before my eyes. It will never leave my memory,” said one photojournalist on the scene who did not want to be named.

Army-run Myawadday television said security forces acted after four garment factories and a fertiliser plant were set ablaze and about 2,000 people had stopped fire engines from reaching them.

Protests were planned for Monday in the country’s second city of Mandalay, activist Myat Thu said, while residents in Yangon said demonstrations were planned in two areas of the city.

Violence also broke out in other parts of Yangon as protests ran late into Sunday night.

“Three people died in my arms. We rescued about 20 injured people last night,” said Zizawah, 32, a resident and protester in the Thingyunkyun district of Yangon.

Another resident, May Myat Noe, 21, said there were three fatalities and scores of people were injured in the South Dagon district after they came out to protest.

“They used machine guns and were constantly firing at the people,” she said.

A junta spokesman did not answer calls requesting comment.

The latest deaths would bring the toll from the protests to 126, the AAPP said. It said more than 2,150 people had been detained by Saturday. More than 300 have since been released.

Tom Andrews, the United Nations human rights investigator on Myanmar, appealed for U.N. member states to cut the supply of cash and weapons to the military.

“Heartbroken/outraged at news of the largest number of protesters murdered by Myanmar security forces in a single day. Junta leaders don’t belong in power, they belong behind bars,” he said on Twitter.

China’s embassy described the situation as “very severe” after the attacks on the Chinese-financed factories.

Marking the strongest comments by China about violence up to now, it urged Myanmar authorities to “stop all acts of violence, punish the perpetrators in accordance with the law and ensure the safety of life and property of Chinese companies and personnel”.

No group claimed responsibility for burning the factories.

Anti-Chinese sentiment has risen since the coup that plunged Myanmar into turmoil, with opponents of the army takeover noting Beijing’s muted criticism compared to Western condemnation.

“If you want to do business in Myanmar stably, then respect Myanmar people,” she said. “Fighting Hlaingthaya, we are proud of you!!”

An editorial in the Global Times, which is published by the official newspaper of China’s ruling Communist Party, condemned what it described as “barbaric acts.”

“We strongly urge Myanmar side to stop this kind of crimes, punish the perpetrators and compensate Chinese factories for the losses,” it said.

The army said it took power after its accusations of fraud in a Nov. 8 election won by Suu Kyi’s party were rejected by the electoral commission. It has promised to hold a new election, but has not set a date.

Suu Kyi has been detained since the coup and is due to return to court on Monday. She faces at least four charges, including the illegal use of walkie-talkie radios and infringing coronavirus protocols.

The violence took place a day after Mahn Win Khaing Than, who is on the run along with most senior officials from the Suu Kyi’s National League for Democracy Party, said the civilian government would give people the legal right to defend themselves. It announced a law to that effect on Sunday. 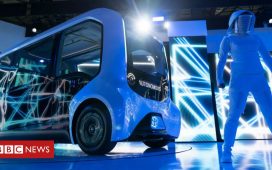 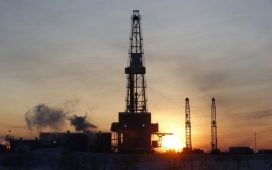 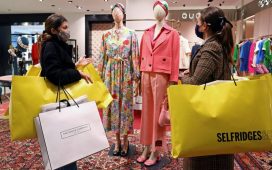 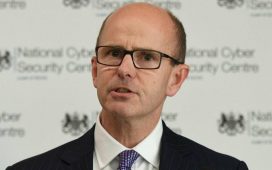