They’re arguably one of Australia’s most successful reality TV couples.

And on Tuesday, Married At First Sight‘s Martha Kalifatidis and boyfriend Michael Brunelli looked inseparable as they stepped out for breakfast in Bondi Beach.

The stylish stars kept things casual, with Martha wearing a cream sweater and a pair of white trousers. 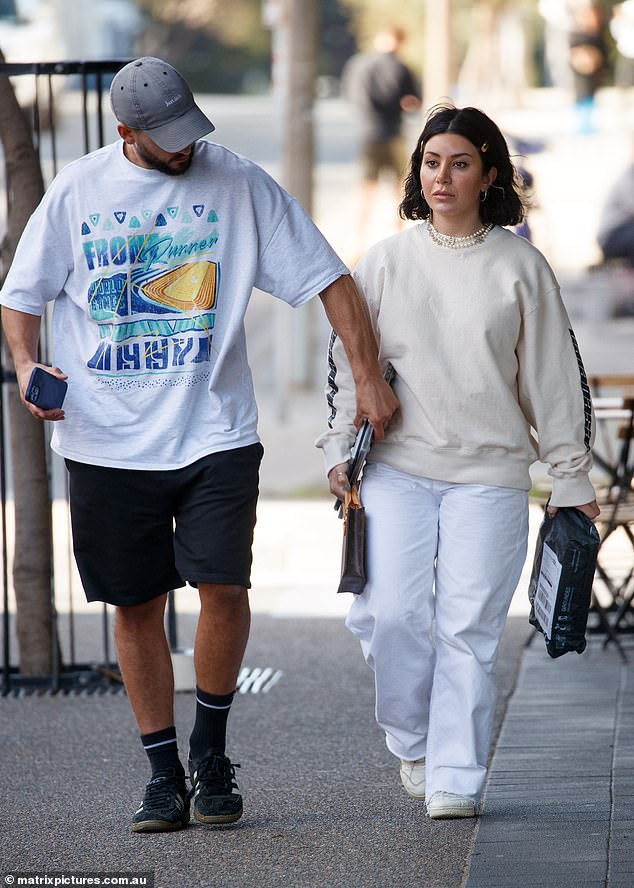 Stepping out: Married At First Sight’s Martha Kalifatidis and boyfriend Michael Brunelli looked inseparable as they stepped out for breakfast in Bondi Beach on Tuesday

She accessorised with hair clips, a pearl necklace and small hoop earrings.

Michael put on a sporty display in a T-shirt, shorts, a baseball cap and sneakers with socks.

Martha showed off her impeccable work ethic by whipping out a laptop at the table and typing away as she sipped on a coffee. 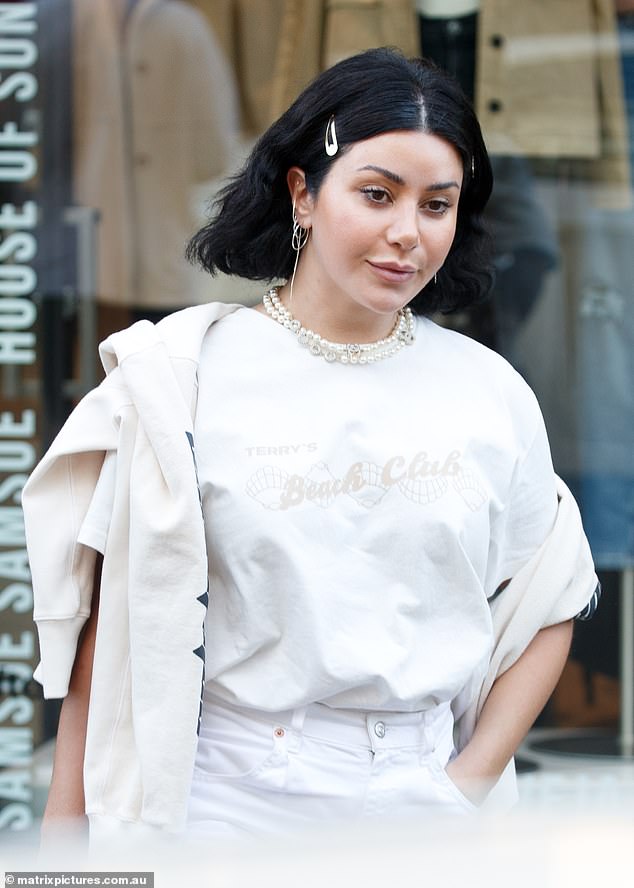 Casual: The influencer wore a cream and white ensemble consisting of trousers and a T-shirt 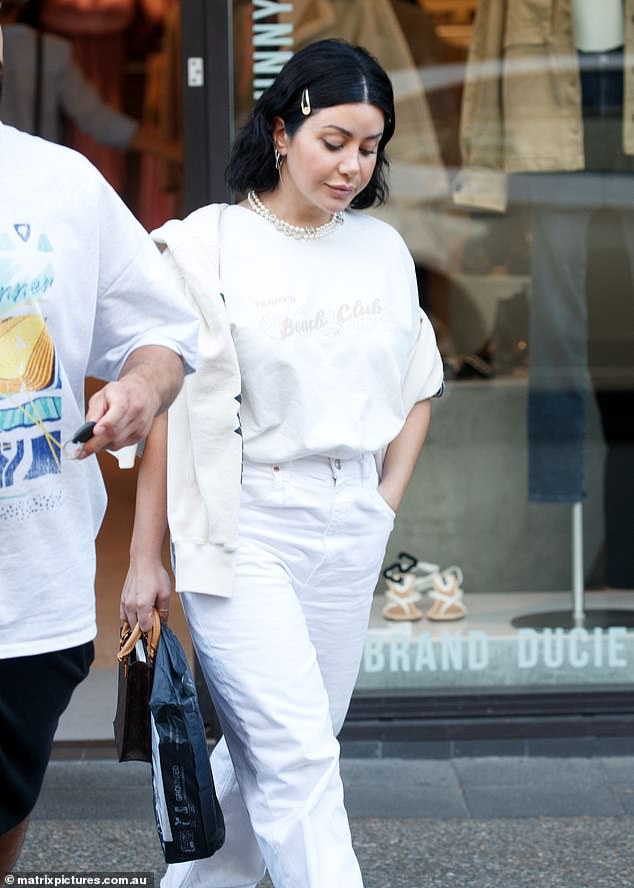 Head down: The savvy reality star kept her head down as she walked down the footpath

The morning after the season premiere, British billionaire Lord Alan Sugar – who serves as the CEO on the show – is only following one of the show’s contestants on Instagram: Martha.

By following Martha on the social media platform, Lord Sugar could be signalling his approval of her business skills. 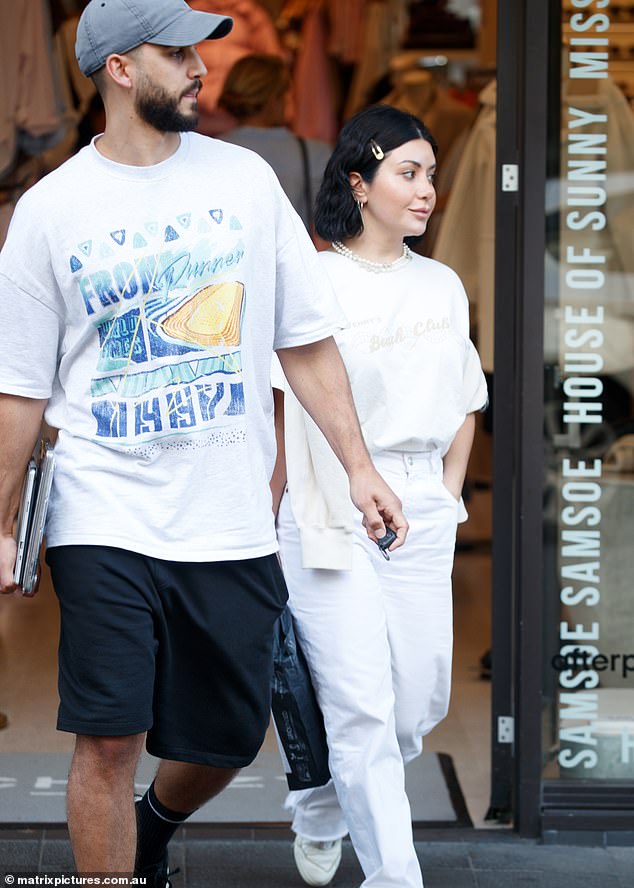 Sporty: Michael put on a sporty display in a T-shirt, shorts, a baseball cap, and sneakers with socks 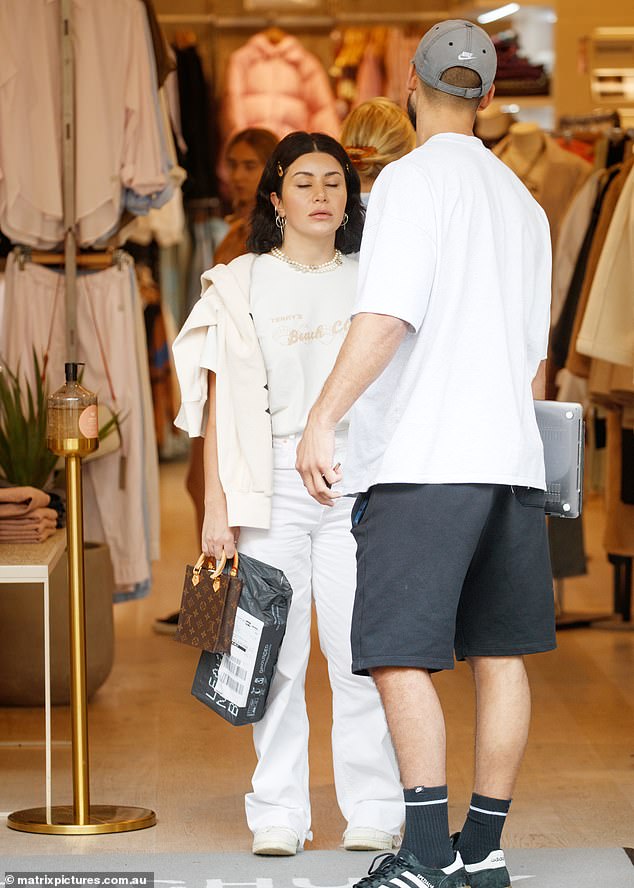 Too much shopping? Martha looked exhausted after picking up some items from the post office

Surfer, model and influencer Alex Hayes was fired during Sunday’s premiere episode, after coming to blows with Martha in the boardroom. 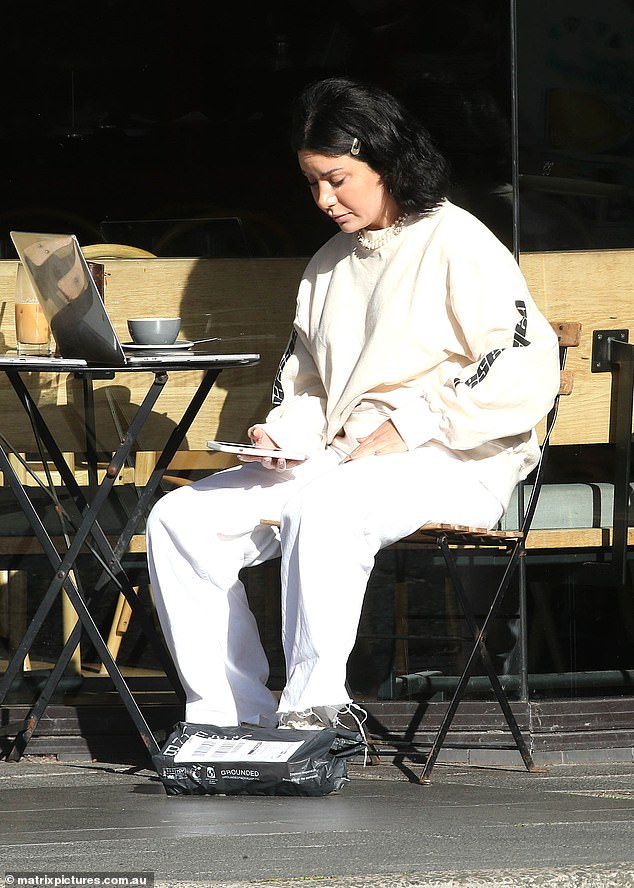 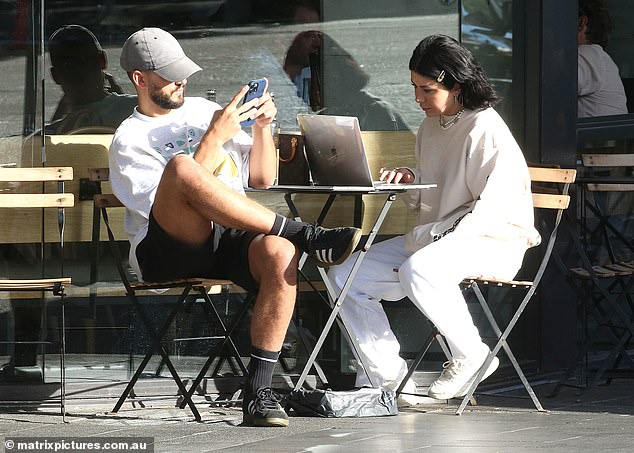 My turn now! Michael, who is also an influencer, whipped his phone out too 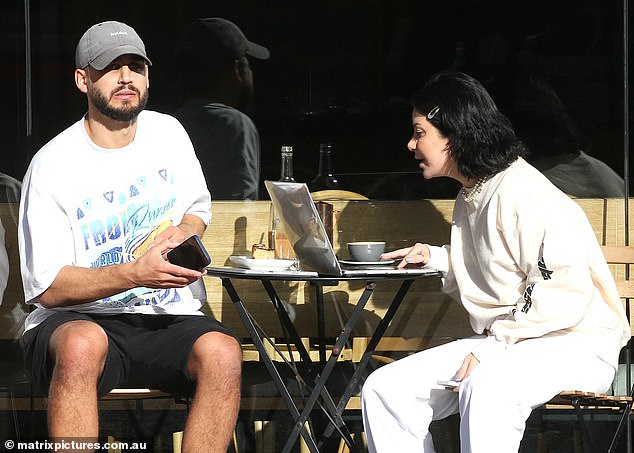 Working hard: Martha showcased her work ethic by tapping away on her laptop 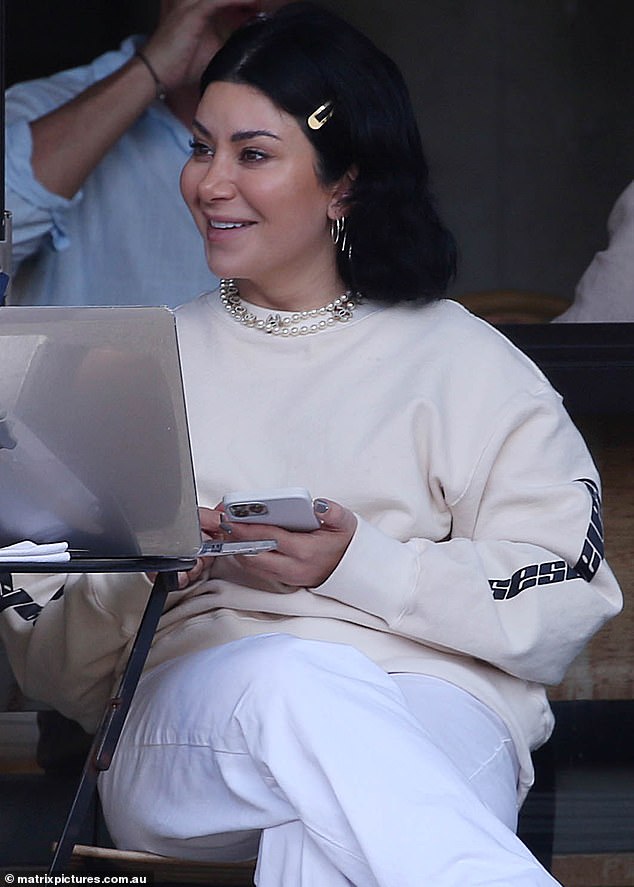 All smiles: Martha flashed a friendly smile at boyfriend Michael as they chatted away 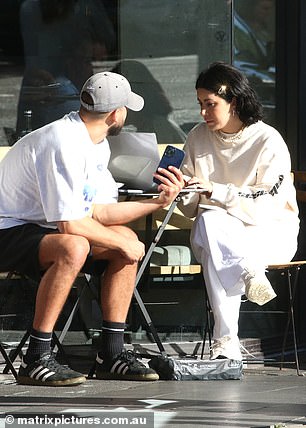 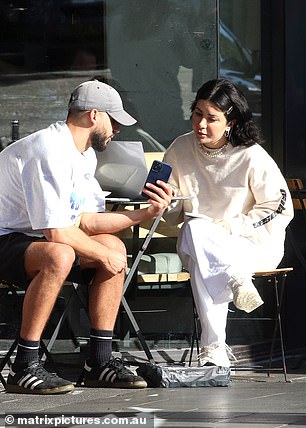 Check this out! Michael pulled out his phone to show Martha his updated follower count

Janine Allis, who serves as an advisor on the show, told Daily Mail Australia that Martha will ruffle feathers throughout the series and ‘likes to have a showdown’.

The Boost Juice founder, 56, then described the pint-sized reality star as a ‘savvy businesswoman’ who shouldn’t be underestimated.

‘Martha is a savvy businesswoman and she’s used to doing everything she can to be noisy in her space to create the market that she wants,’ she said. 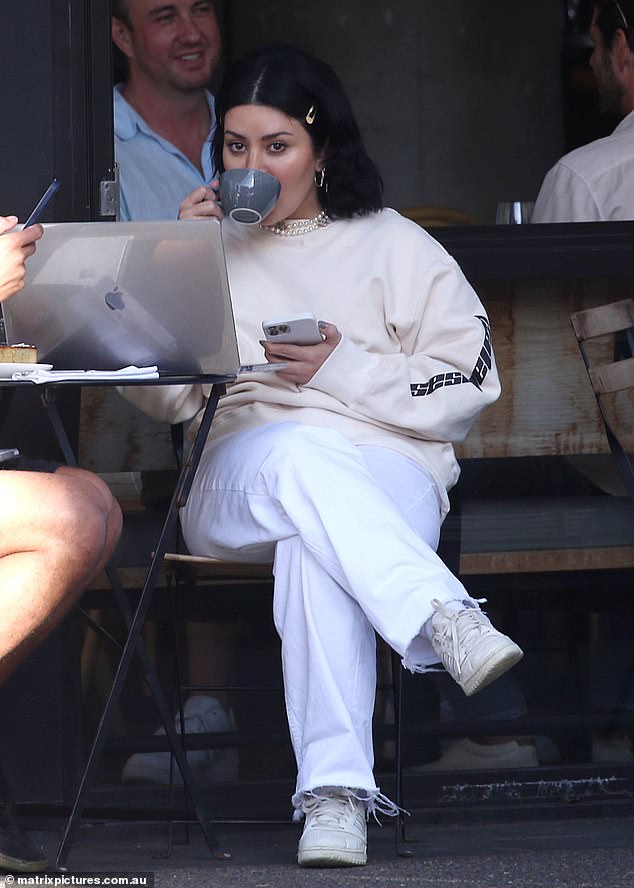 The thirst is real! Martha enjoyed a cappuccino as she played with her phone 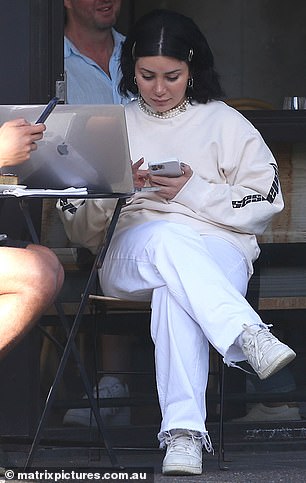 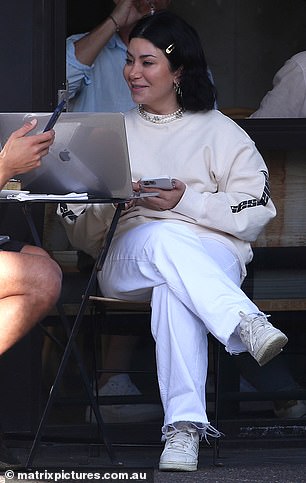 Making millions! The star, who recently boasted about her lucrative following, clutched her phone 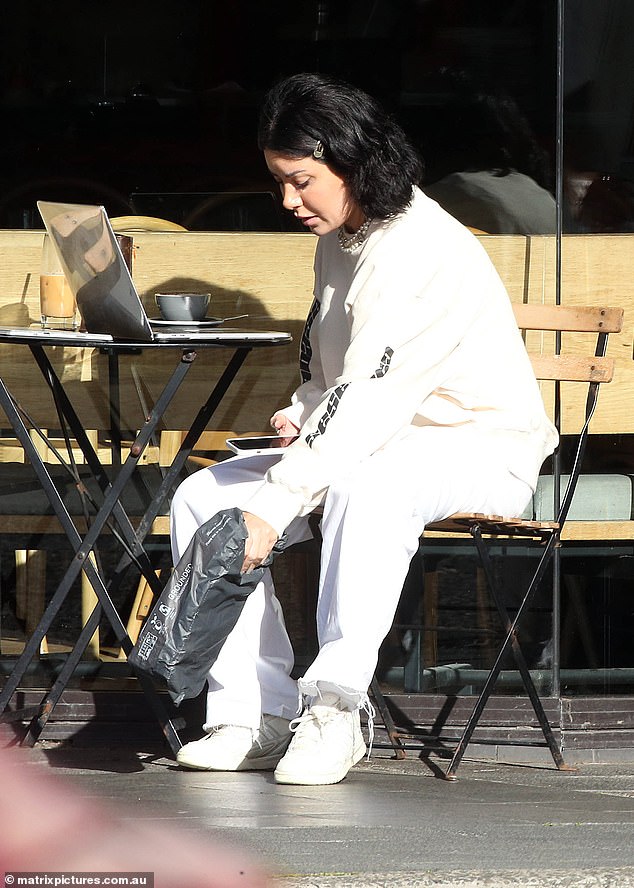 She’s reaching! The brunette beauty leaned down to pick up a package 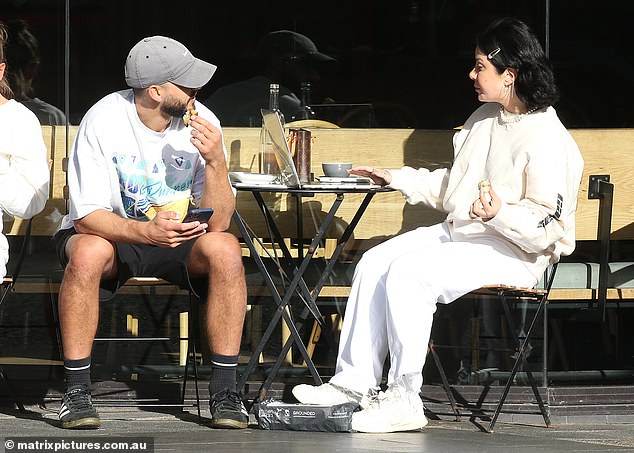 Chatty: The couple enjoyed an animated conversation over brunch and coffee

With Lord Sugar as the fearsome CEO, the celebrity contestants are put to the test with business-related tasks.

Up for grabs is the grand prize of $100,000 for their chosen charity, in addition to the money raised during the show’s challenges.

Martha shot to fame on the sixth season of Married At First Sight, where she became one of the breakout stars after pouring wine on Cyrell Paule. 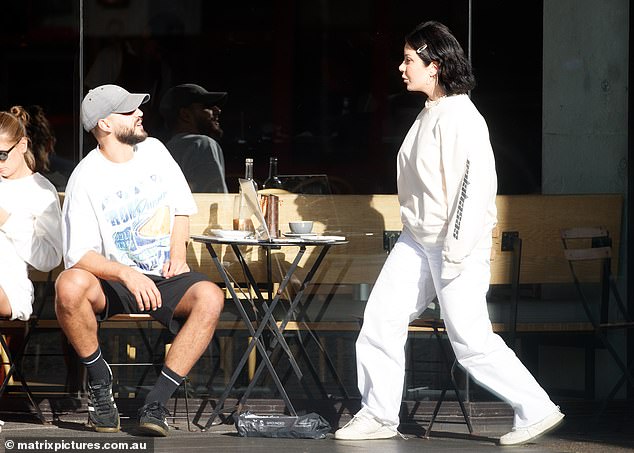 Marching orders! Martha stomped towards Michael after ordering another coffee