NEWSCABAL > asia > Maronite patriarch: a 'shame' to begin year without a government
asia

Maronite patriarch: a 'shame' to begin year without a government


Yesterday the cardinal again criticised politicians, calling them “pawns on the chessboard of the Middle East and of the great powers”. Nobody, he adds, “has the right to block the formation of the government, to settle accounts or interests”. Hariri’s post is also doomed to “failure”.

Beirut (AsiaNews / Agencies) – “A shame”. This is how the Maronite primate Card Beshara Raï defined the beginning of the new year in Lebanon without the approval of a new government after months of clashes, tensions and negotiations between the various political groups.

The institutional leaders and the various parties in charge of this mission, added the cardinal in the homily of the mass celebrated yesterday in the patriarchal seat of Bkerké, behave “as if they were only pawns on the chessboard of the Middle East and of the international great powers”.

“No political leader – underlined Card Raï – more or less directly involved in the question, has the right to block the formation of the government, to settle accounts or his own interests, immediate and future”. “More than two months and 10 days have passed since the appointment [of Saad Hariri] and Lebanon – continued the cardinal – is rapidly heading towards total collapse and bankruptcy”.

n mid-October, Aoun tasked three-time Prime Minister Rafic Hariri with putting together a new cabinet. The crisis of the last year is but one of the many difficulties affecting Lebanon’s political and economic life, as well as its very political institutions.

The already precarious situation has worsened with the onset of the COVID-19 pandemic and the two explosions that rocked the port of Beirut in August, finally pushing 55 per cent of the population below the poverty line amid a permanent emergency.

The extreme instability has triggered a spike in suicides and a rush to buy the few remaining drugs, whilst hospitals are in catastrophic conditions.

For the primate of the Maronite Church, the duty, hitherto disregarded, to form a new executive “is stronger and even greater than that of the people who destroyed the port of Beirut, devastated half of the capital and caused hundreds of innocent deaths”. This is because, he adds, if we do not take responsibility for giving political leadership to the nation, “all the people and the state itself will pay the price”.

Pope Francis also spoke on the situation in Lebanon in the days before Christmas, who in a letter addressed to the cardinal and the Lebanese people asked that the world help the country to “stay out of Middle Eastern conflicts”. “May you grasp – wrote the pontiff – the contingencies of the present moment to rediscover your identity, that of bringing the scent of respect, coexistence and pluralism to the whole world”.

Analysts and experts tie the stalemate in the formation of the executive to the next investiture of US president-elect Joe Biden, scheduled for next January 20, against the backdrop of tensions between the United States and Iran and between them and Saudi Arabia. “We must remind the political class – concluded the cardinal – that the formation of the government is the first of its duties and is essential” to form a state of law in which to live together, with one army, one Constitution and one flag”. 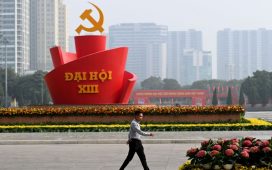 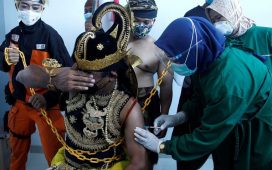