Australia’s foreign affairs minister has contacted her Saudi Arabian counterpart to raise the plight of a dual national extradited from Morocco amid mounting concerns about his detention.

The Saudi Arabian embassy in Canberra remains silent in response to requests to disclose the whereabouts of Osama al-Hasani, 42, even after human rights advocates raised fears for his welfare.

Marise Payne has escalated the matter by writing directly her Saudi Arabian counterpart in mid-May to “raise the case of Mr al-Hasani and note the Australian government’s close and continuing interest in this case”, officials revealed during a Senate estimates hearing on Thursday night.

The minister, who has not received a response to her letter, said there had been “a great deal of engagement between officials and officials, but not to the ends that we’re seeking”.

“The Australian government remains concerned about the circumstances of Mr al-Hasani’s detention, his access to due process, and the proceedings under which he was extradited to Saudi Arabia,” Wood told the Senate’s foreign affairs, defence and trade committee.

The dual Australian and Saudi citizen was arrested by Moroccan authorities shortly after arriving in the country on 8 February to join his wife and their newborn child. It was reported that he was travelling on his Australian passport.

He was extradited to Saudi Arabia the following month over accusations of conspiring with others to steal Range Rovers from a car dealership in 2015 – despite Human Rights Watch saying it had seen a September 2019 affidavit from the justice ministry noting that he had been cleared of all wrongdoing.

Guardian Australia emailed Saudi Arabia’s embassy on 4, 6, 10 and 14 May and 1 June seeking a response to four questions, including to specify al-Hasani’s location and health status, and when Australian consular officials had last beengranted access.

These requests were backed up with phone calls on 4 and 10 May, with an embassy representative in the second call confirming that the email address was correct.

Guardian Australia also spoke by phone to two embassy representatives on 2 June to renew the requests for information – but is yet to receive any response.

Similar questions were sent on 28 May to Qorvis Communications, the US-based firm that assists Saudi Arabia with its outreach to western media, but it has not responded either.

Human Rights Watch has called on Saudi Arabian authorities to urgently reveal al-Hasani’s location, and for the Australian government to press the Saudi government to disclose his whereabouts and pursue his rights to due process and a fair trial.

A Dfat spokesperson did not respond directly to a question asking whether the department was aware of al-Hasani’s location but said: “Australia continues to seek urgent consular access to Mr al-Hasani, and to advocate for his rights and welfare.”

In a response emailed to Guardian Australia, the embassy of Morocco said it would “categorically reject, in substance and form, the content and defamatory nature” of the Human Rights Watch statement.

The embassy said al-Hasani had “benefited from all his rights” during the judicial phase in Morocco, including assistance of lawyers and normal access to food, water and medical assistance.

It said Morocco’s court of cassation had approved the extradition, and Moroccan authorities had carried it out “in compliance with their international commitments”.

UN officials wrote to Moroccan authorities on 12 March urging them not to deport al-Hasani until after a UN committee weighed up the risk that he could face torture in Saudi Arabia, but he was transferred early the following day.

Morocco’s embassy said al-Hasani “was extradited on the morning of 13 March, 2021 (2.45am) to the Kingdom of Saudi Arabia before the competent Moroccan authorities could seize the opportunity to process the request of the Office of the United Nations high commissioner for human rights”.

It added: “Since the beginning of this affair, the embassy has committed itself to a constant interaction with the relevant Australian authorities.”

International lawyers acting for al-Hasani have previously raised “credible concerns” that he was being targeted by the Saudi Arabian government for his political opinions. 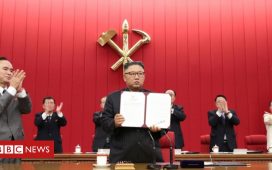 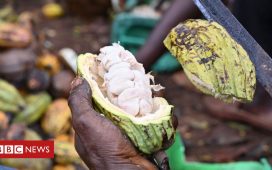 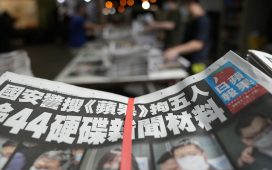 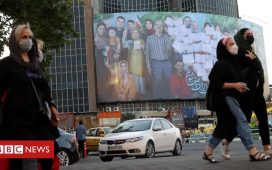