Paralympic gold medallist Marieke Vervoort has ended her life through euthanasia at the age of 40.

Vervoort had an incurable degenerative muscle disease which caused constant pain, seizures and paralysis in her legs and left her barely able to sleep.

Euthanasia is legal in Belgium, and a statement from Vervoort’s home city of Diest said she had “responded to her choice on Tuesday evening”.

Vervoort was able to pursue euthanasia due to Belgium’s liberal laws, having submitted forms to undergo death by lethal injection, but she required three doctors to sign off that she was experiencing excruciating pain without a cure.

She suffered from a form of progressive tetraplegia which has left her doctors mystified.

By 2017 she was paralysed from her breasts down, was losing her sight, suffering terrible spasms, could not sleep and struggled to eat.

At the time she told the Telegraph: “I don’t want to suffer any more. It’s too hard for me now. I get more and more depressed.

“I never had these feelings before. I cry a lot. A neurologist stayed with me the whole night while I had one spasm after another.

“She said it wasn’t an epileptic seizure but just the body screaming, ‘I’m in so much pain. I’m done.'”

What is progressive tetraplegia?

The debilitating physical condition is also known as quadriplegia and is a paralysis that takes away the use of all four limbs and the torso.

Vervoort’s condition began in her Achilles and reportedly stemmed from a rare deformity between her fifth and sixth cerebral vertebrae.

She previously said: “I’m a Taurus. If I want something, I go for it. I never give up easily. I didn’t want to accept that I would end up in a wheelchair. But in 2000 I couldn’t do it any longer.

“I’m paralysed all the way to my breasts. My finger function is going down as well. I have such a strong heart, but the pain medication is doing nothing any more.” 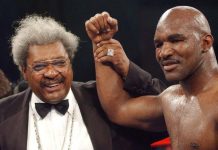