For a long time, it was a reminder of what it used to be like with England, back in the days when the football seldom strayed above six out of 10, when the crowd had to make their own entertainment and the idea that this team could possibly come within one game of a World Cup final felt implausible, to say the least.

At least Gareth Southgate’s team had the strength of personality to change the complexion of the evening and, in the process, remove the paradox that, 62 days since that semi-final in Moscow, England might be about to set the unwanted record of having lost four games in a row for the first time in 146 years of competition. After the excitement of the summer, however, there were only sporadic moments, other than Marcus Rashford’s second-half winner, when England looked like a team that is capable of elite football.Perhaps that was just inevitable when the team fielded so many changes, with the inclusion of several players who could be excused for looking slightly rusty. The crowd seemed happy enough at the final whistle and, if nothing else, Rashford’s goal should soothe the team’s confidence ahead of their Nations League games in Croatia and Spain next month.

Harry Kane should be back by that stage, injuries permitting, and Southgate will put out a more recognisable side than the one he selected for this game, incorporating nine changes from Saturday’s defeat against Spain. It is certainly a strange set of events that England could start any fixture with two attacking midfielders, Ruben Loftus-Cheek and Fabian Delph, who had managed a combined 33 minutes of football for their clubs so far this season. Both acquitted themselves reasonably well, but it would be stretching the point to say they – or any of the others who had been promoted into the starting XI – provided conclusive evidence for Southgate to consider they ought to be first-team picks in ordinary circumstances.

Danny Rose, probably England’s most impressive performer, did at least appreciate it was an opportunity to sway Southgate’s thinking. Too many others, however, were guilty of going through the motions. Where was the desire to win over the manager? The slow tempo drained the crowd’s early enthusiasm and, in a strange way, it was actually a prosperous night for some of the players who were conspicuous by their absence.

Here was the evidence, if any was needed, that England look better with Kane in attack, John Stones in defence and Jordan Pickford in goal.

One miskick from Jack Butland in the opening five minutes saw England’s goalkeeper attempt a pass across his own penalty area, get it badly wrong and stray dangerously close to putting the ball in his own net, in a moment reminiscent of Petr Cech’s faux pas when Arsenal played Manchester City on the first weekend of this season. In the next passage of play, James Tarkowski took the ball off Butland, committed the centre-half’s sin of losing it on the edge of the penalty area and was lucky, in the extreme, that Xherdan Shaqiri’s shot came back off a post. England got away with it on both occasions but they were not moments to inspire confidence.

Southgate’s argument might be that the experience was worthwhile if, for example, Tarkowski now has a better understanding he will not always be so fortunate when he is guilty of that form of carelessness. All the same, it must have been startling for the England manager in the long spells when their opponents moved the ball with greater fluency and confidence.

Switzerland were experimenting with their own wing-back system and Vladimir Petkovic’s players quickly adapted to the new formation, with so much of the ball in promising positions during the first half they could have been forgiven for feeling disappointed not to go into the interval with the lead.

Instead, the game swung in England’s favour nine minutes into the second half. Rose’s corner was over-hit, eluding everyone inside the penalty area, but Kyle Walker had ventured forward from his position on the right side of England’s defence and returned the ball from the other side. Danny Welbeck could not reach a deep, hanging cross but Rashford was at the far post to turn the ball past Yann Sommer in the Swiss goal for his second England goal in as many matches.

Southgate did bring on Kane, Stones and Jesse Lingard just after the hour and Ben Chilwell, winning his first England cap, was a popular substitution later on with the locals. Yet there were also some large expanses of empty blue seats inside Leicester’s ground and, overall, it felt a long time ago since the country was overheating during a prolonged bout of World Cup fever. 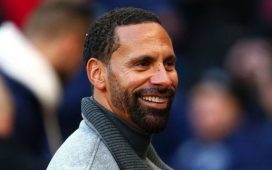 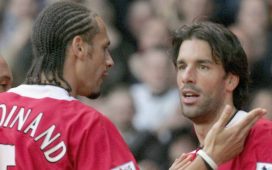