A month since the death of Diego Armando Maradona and the southern Italian city of Naples is looking more like a Maradonaland each day.

After renaming Napoli football club’s San Paolo Stadium and a train station in his honour this month, local authorities are planning a large museum, commissioning statues and dedicating an entire square to the Argentinian who took the city’s football team to glory and is regarded as one of the greatest players of all time.

From the minutes after the news of the former footballer’s death was announced on 25 November, the city’s two large murals depicting Maradona have become genuine pilgrimage sites, attracting hundreds of tourists, visitors and fans each day.

Beneath the images of the Argentinian hero, people place flowers, footballs, SSC Napoli jerseys, photographs, necklaces and other memorabilia that will one day be displayed in the stadium museum, local authorities told the Guardian.

“We’re already working on a project to decorate the area in front of the mural in the Spanish Quarters with plants and benches,” said Luigi Felaco, the head of urban decor in Naples.

“The mural was painted by the artist Mauro Filardi in 1990 to celebrate Napoli’s second Serie A championship. We now intend to name the square in Maradona’s honour, given that hundreds of people have been flocking to the area every day since his death.”

The other mural, completed in 2017 by the street artist Jorit, is a giant blow-up on a building on Taverna del Ferro street in the suburban San Giovanni a Teduccio quarter. Both artworks will be spotlighted during the festive season.

El Diego, who led Napoli to two Serie A titles and a Uefa Cup victory, was venerated like a demigod in the city, comparable only to its patron saint, San Gennaro. And like every saint, Maradona will have his statues: Felaco says more than 14 artists have presented proposals for the Maradona statue.

“We’re evaluating them all,” Felaco said. “We are committed to erecting statues of Diego, but we are also considering where to place them, given that dozens of quarters would like to have a statue in their midst.”

Maradona’s arrival in Naples, in 1984, gave rise to a thriving informal economy based on gadgets, T-shirts and photos of the Argentinian champion, and for which the footballer never requested royalties, as Emir Kusturica chronicled in his documentary on the player.

“To a lot of people this all seems absurd,. If you’re not Neapolitan or from the south, I realise it’s difficult to comprehend what Maradona meant for this city,” Felaco said.

“Diego’s story and life are intertwined with the city of Naples. Maradona came from the world’s south, and he fought for people from the south. Naples is the capital of southern Italy and, for a city like ours, having had a player like him represented a redemption not only for Naples, but for all southern people.”

Meanwhile, Via San Gregorio Armeno is buzzing as people buy handcrafted mangers and terracotta figurines for their nativity scenes at home. Traditionally, it was a shepherd or an animal that would join baby Jesus, Mary and Joseph, but this Christmas, a new attraction has found its way into the scene: a figurine of Maradona with angel’s wings. 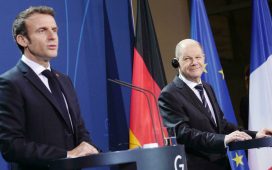