NEWSCABAL > world > ‘Many people did something immense, for complete strangers’ – readers’ heroes of 2020
world

‘Many people did something immense, for complete strangers’ – readers’ heroes of 2020


At the start of lockdown, I interviewed the virologist Dr Jane Greatorex. She was superb, with a gunslinging turn-of-phrase (“corona is the only pathogen in town”) and full of advice that rammed home, like no shambling government press conference ever could, the gravity of our situation. She washed deliveries before they came into the house, would talk to her neighbour only through a hedge and described the precautionary measures taken by her sister, who worked in Waitrose. Those were pretty intense – involving a lot of changes of clothes and black bin bags, plus a lifesize cutout of Jürgen Klopp.

I have thought about her sister a lot: what it is like when everyone else is avoiding their closest friends for safety, and you are seeing 50 strangers an hour. I have also thought about delivery drivers, knocking on doors with no idea who might be self-isolating behind them; bus drivers, getting sneezed on by squads of schoolchildren; teachers, carers, anyone anywhere near a hospital. Especially at the height of the crisis (when there were serious questions over whether it was safe to handle a petrol pump) while battalions of people were living in this cacophony of anxiety and caution, and having to block it out, every day, in order to go and do their jobs. The bravery of that is hard to wrestle into comprehension – though as thought experiments go, it is a lot less uncomfortable than trying to imagine what would have happened if everyone in these vital services had simply refused to perform them: if all these workers who, being often low-paid, and were previously held as low value, had called the world’s bluff.

Almost by definition, then, the people we are most grateful to this year, the people who have left us awestruck, are the ones whose names we don’t know. Our century’s unknown soldier is the unnamed Deliveroo guy, the virologist’s sister (the virologist was also pretty cool).

This list is more than a roll-call: it is a reminder not to let that gratitude evaporate, in a half-remembered clap or faded poster of a rainbow. Many people did something absolutely immense, for complete strangers, in 2020: here are some of them. ZW

I am nominating my mum, a staff nurse at the Royal Oldham hospital She was there at the beginning of the pandemic when her unit was only admitting urgent patients, and she has worked hard ever since to ensure that patients have received the care they need. In April, she tested positive for Covid but she soon recovered and was straight back to work, which is testament to her passion for nursing and commitment to caring for others.
Matthew Williamson, NHS recruitment coordinator, Manchester

If it wasn’t for the bravery of supermarket staff and delivery drivers, I wouldn’t have been able to order the ingredients I needed to cook the food from back home that I was missing dearly during the pandemic. A huge round of applause to all the staff and drivers who risked their wellbeing to keep us fed.
Shweta Menon, student, London

My wife has been working tirelessly during the pandemic as a respiratory physiotherapist, dealing with Covid-positive patients every day. It has been an emotional strain on her for months, but she has always come home with a smile on her face to ensure our son and I don’t have to carry that burden too. She is an amazing wife, equally fantastic mother and deserves recognition for her selfless approach to life.
Jack Gubbins, PE teacher, Tytherington

My partner Lauren is an intensive care unit (ICU) nurse for the Belfast NHS trust. Along with many of her amazing colleagues, she was sent to the Nightingale hospital through the pandemic. We were due to get married in October but this was cancelled, and she continued working throughout. She is burnt-out and exhausted, but manages to keep going because if she doesn’t then other people will suffer. There is no greater commitment in my eyes.
Patrick Gleeson, university lecturer, Belfast

Nobody stepped outside to give the refuse collectors a clap, or to call for the supermarket delivery people to get MBEs – but they have been absolutely essential over the last few months. They may not be as high profile as nurses and doctors, but our society couldn’t survive without them. They are not properly paid let alone showered with accolades, but we should all take a moment to recognise their contribution.
Stephen Brindle, bus driver, High Wycombe

Pam Jones has been a foster carer for over 200 kids, and she launched Action on Homelessness in Folkestone in 2014. Action on Homelessness now works under the Salvation Army umbrella and when she is not at the hall, Pam is drumming up support at supermarkets, banks and other local businesses, with the motto: “If you don’t ask, you don’t get.” She spends hours driving around collecting donations of sleeping bags, gloves, torches and whatever basics you might need for a night on the streets. Throughout lockdown, she continued helping the homeless – she epitomises the “everyone in” ethos through her actions.
Mary Lawes, retired, Folkestone

Colin is the operations manager for Stagecoach in Portsmouth. He and his assistant operations manager, Shane Crisp, support each and every one of us whatever the dilemma, and the depot has become a real family as a result. I had a cancer scare recently, and they both took time to check in with me, to see if there was anything that they could do to help me. He is loved by all his staff, is a huge mental health supporter, and leads by example. When the pandemic started, he would don his overalls and go back to his bus cleaning days to make them safe. During all of this, since March, they have been on our side as bus drivers, keeping us safe, always having our backs, and just being good people, and we all appreciate Colin and Shane so much.
Sarah Lishman, bus driver, Chichester

For tirelessly working throughout the pandemic as an ICU technician at St Thomas’ hospital. For somehow keeping not only sane but cheerful in what was described in April as like “a war zone”. For fixing countless ventilators and never once complaining about risk, morale or anything else. You have brightened up so many lives and were an inspiration to so many people, when things looked very dark in spring 2020.
Anya Davies, lecturer, Barnet

Dr Watson is a critical care consultant at Nottingham University Hospitals, who played a big role in preparing us for the coronavirus response. She created a supportive environment in the most desperate of circumstances and really helped to get the best out of our great team of critical care staff at Nottingham University Hospitals. She worked tirelessly for patients, fielding our every question and complaint. You could never give up if Dr Watson was around – her energy and smile would always perk you up.
Milo Hollingworth, doctor, Nottingham

Mathi is quite simply an exceptional human being – not only is she kind and compassionate, but she is also a GP, a carer for her elderly parents and a single mother to her two wonderful children. Mathi has met all the challenges of lockdown at the same time. Today she continues supporting those in need and mothering her two boys to the very best of her abilities.
Stephanie Cohen, stay-at-home mum, London 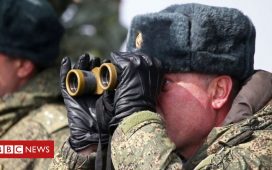 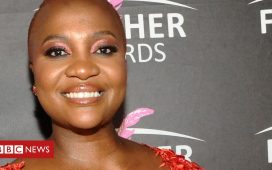 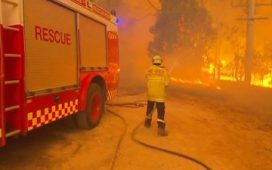