The Football Association has suspended Edinson Cavani for three games and fined Manchester United’s Uruguay striker £100,000 for his use of the word “negrito” in a social media post.

Cavani, who must also complete a two-hour face-to-face online education course, maintained his message lacked racist intent but had pleaded guilty to an FA charge of using insulting and/or improper words. According to United he decided not to contest the case “out of respect for the FA and the fight against racism in football”.

The 33-year-old had sent the Instagram message to a friend after coming off the bench and scoring twice in a 3-2 victory at Southampton in late November and will now miss three games at Old Trafford. After sitting out Friday’s Premier League match against Aston Villa, Cavani will also miss Wednesday’s Carabao Cup semi-final with Manchester City and Watford’s visit for next Saturday’s FA Cup tie.

In November Cavani swiftly issued an apology for his use of his phrase “Gracias negrito” – Spanish for “thanks little black person”. “It was intended as an affectionate greeting to a friend, thanking him for his congratulations,” said the former Napoli and PSG forward.

“The last thing I wanted to do was to cause offence to anyone. I am completely opposed to racism and deleted the message as soon as it was explained it can be interpreted differently.”

There is a degree of sympathy for the Uruguayan in certain quarters, given the context of a personal post between friends and it being understood that negrito is a nickname of Cavani’s correspondent, but the FA’s punishment sends a powerful message. The governing body has made it clear there are no excuses for being unaware of language deemed unacceptable in wider society.

Significantly the FA, which will publish the written reasons behind Cavani’s sanction in the new year, said the post constituted an “aggravated breach” of its rules because it included “reference, whether express or implied to colour and/or race and/or ethnic origin”.

United hope the FA will invest Cavani’s fine in an anti-racism initiative and responded by saying: “Despite his honest belief he was simply sending an affectionate thank you in response to a congratulatory message from a close friend he chose not to contest the charge out of respect for, and solidarity, with the FA and the fight against racism in football. The club trusts that the independent regulatory commission will make it clear in its written reasons that Edinson Cavani is not a racist, nor was there any racist intent in relation to his post.” 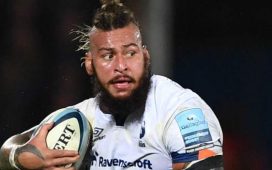