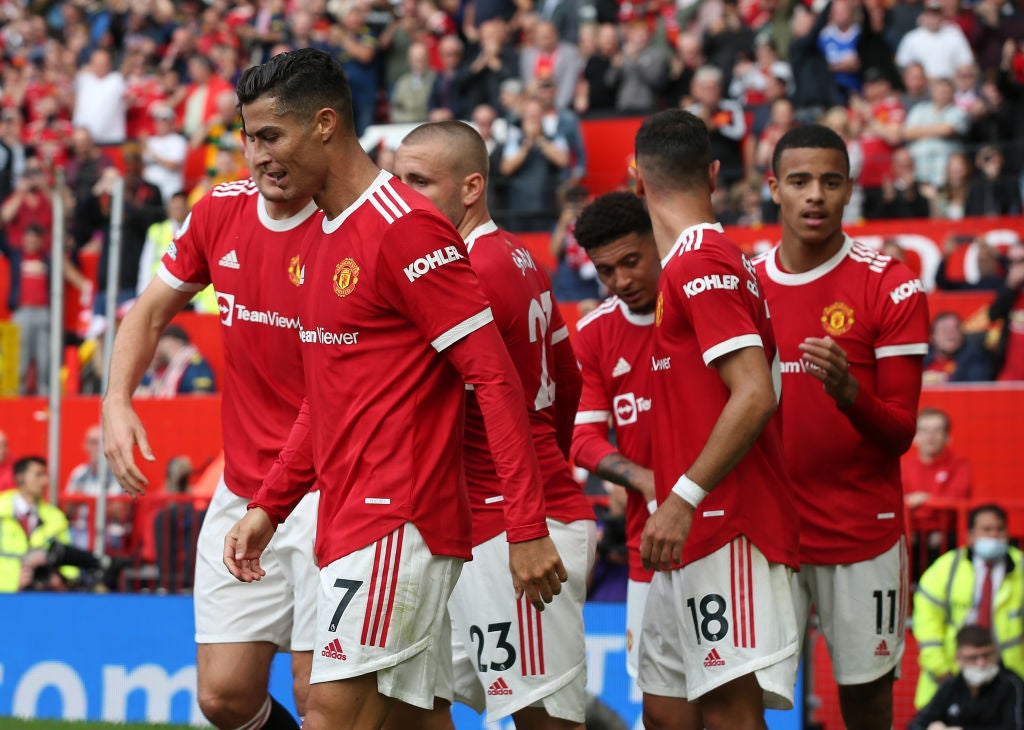 Follow all the action live as Manchester United host Newcastle in the Premier League this afternoon, with Cristiano Ronaldo set to make his return.

After sealing his sensational return to Old Trafford, Ole Gunnar Solskjaer has confirmed Ronaldo will make his second debut for the club, although the head coach refused to state whether the Portuguese would make the starting line-up. “He’s had a good week with us [training] here and he will definitely be on the pitch at some point, that’s for sure,” Solskjaer said.

United took seven points from their opening three matches, thrashing Leeds before being held by Southampton and narrowly defeating Wolves. Jadon Sancho is also in line to feature, having overcome a knock sustained while on international duty with England.

Spirits are far less optimistic at Newcastle, where fans have once again begun to vent their frustration at Steve Bruce, with the Magpies taking just one point from their first three matches. Joe Willock was the only major arrival in the summer window and the club seems destined for another nervous season in limbo. Here is everything you need to know:

66’ – Ole Gunnar Solskjaer is making the first change of the afternoon and it’s Jadon Sancho being replaced by Jesse Lingard.

The former Borussia Dortmund winger had a couple of half chances in the first-half but has been quiet for the majority of the game.

63’ – It’s a very strong run and a powerful strike from Ronaldo but Woodman won’t be happy when he watches that one back.

The former Swansea goalkeeper is slow to re-arrange his feet and despite clipping the ball with his level, he doesn’t react fast enough to keep the shot out.

It’s nowhere near as big an error as the first, and there’s no doubt that the power on the shot from Ronaldo is brutal, but it’s definitely saveable.

Newcastle aren’t level for long as Ronaldo latches onto a delicate Luke Shaw through ball, holds off the defender and drills a powerful shot through the legs of Freddie Woodman.

Almiron in again for Newcastle

58’ – Miguel Almiron jinks down the left-hand side again and slides a ball across the six-yard box which no Newcastle player gambles on and the attack comes to and end.

The home side look rattled now, the crowd is nervous, and Newcastle are confident.

56’ – Well, wow! Former Liverpool defender Javier Manquillo has his first ever Newcastle goal, and what a time and place to score it!

Miguel Almiron breaks superbly through the midfield, beating a slow Harry Maguire sliding tackle and bursting into the United half. Allan Saint-Maximin receives his pass and slips it to Manquillo and he charges into the penalty area, and the Spanish full-back slides a great finish into the far corner.

54’ – Nemanja Matic tries his luck from all of 35-yards on his weaker left foot and the shot flies way over the bar and into the Stretford End.

Manchester United are struggling to pass the ball quickly now and can’t find a way through Newcastle’s shape.

Quiet opening to the second-half

50’ – Precious little in the way of action at the beginning of this second period, with Aaron Wan-Bissaka’s ball across the six-yard box which no United player attacked being the only moment worth noting.

The crowd is fairly quiet now aside from the away end and Newcastle could potentially grow back into the game, here.

Second-half kicks off at Old Trafford

Both sides are back out for the second period and neither Ole Gunnar Solskjaer nor Steve Bruce have made changes at the break.

Newcastle defended quite well in the opening 45 but now need to add an extra dimension to their attack, having only really threatened in brief spells when they are able to counter-attack quickly.

For the some side, creating some more clear-cut chances wouldn’t go amiss.

Unlike the early kick-off at Selhurst Park, this fixture has been full of action and plenty of shooting in the opening 45 minutes.

Ronaldo has taken five alone and Bruno Fernandes four, helping United to a total of 15 so far. Newcastle meanwhile have seen most of their efforts blocked but have still managed six attempts.

After what in truth was a relatively poor performance from Cristiano Ronaldo for the majority of the first-half, with plenty of mis-controlled touches, the Portuguese forward scored with his first real chance of the game.

In truth he couldn’t really miss after Woodman’s error. The goalkeeper will blame a slight deflection on Greenwood’s shot but that still doesn’t justify directing the ball directly into Ronaldo’s path for a simple finish.

Newcastle had defended relatively well until that point and had threatened on the counter on a couple of occasions, but not they face enormous task to earn a result from a match in which they are clearly second best and facing a buoyant crowd. 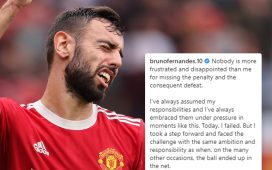 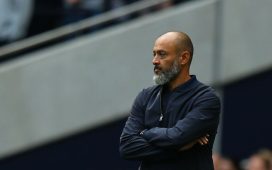 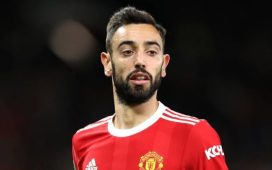 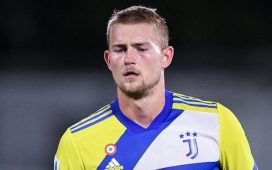 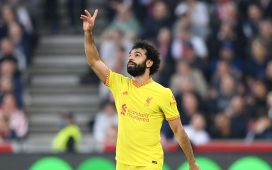 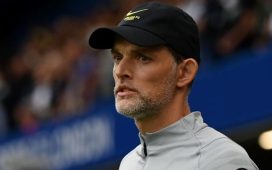